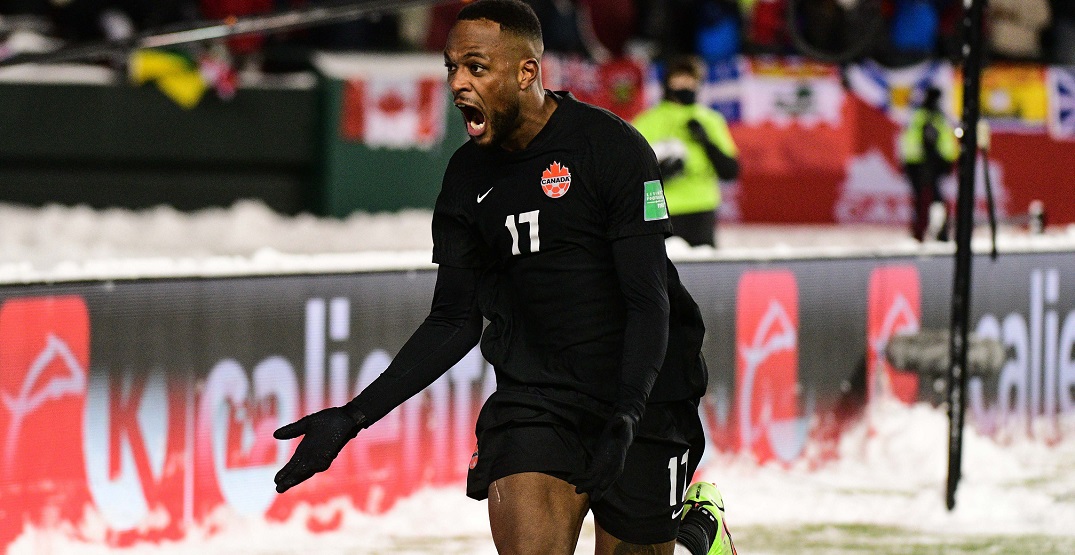 Soccer announcers around the world are known for adding flair to their goal calls, with the latest Canada-Mexico match proving no different.

Canada is now first place in the CONCACAF World Cup qualifying standings, through eight of 14 matches. Our country topped Mexico 2-1 on a frosty Tuesday evening in Edmonton, with both Canadian goals coming off the foot of Cyle Larin.

First, here’s how the goals sounded in English on OneSoccer in Canada, which was also viewed on Sportsnet:

Telemundo really brought the passion though. Have a listen to how the American Spanish-language television network called the match, courtesy of TV highlight aficionado Timothy Burke.

And, finally, as called on Telemundo: pic.twitter.com/cNrLE5zDxn

Needless to say, TV Azteca in Mexico, was a little less enthused…

As called on Mexican TV: pic.twitter.com/rmMZvYUDMm

As called on Mexican TV: pic.twitter.com/uoPcols4KG

By way of their big win, Canada is projected to climb to 40th in the world rankings as a result of the qualifying window, tied for their highest mark ever.

Up next for Canada is three matches in January, including a match at a yet-to-be-determined location against the USA. Canada’s got also got road trips to El Salvador and Honduras on either side of the USA match.