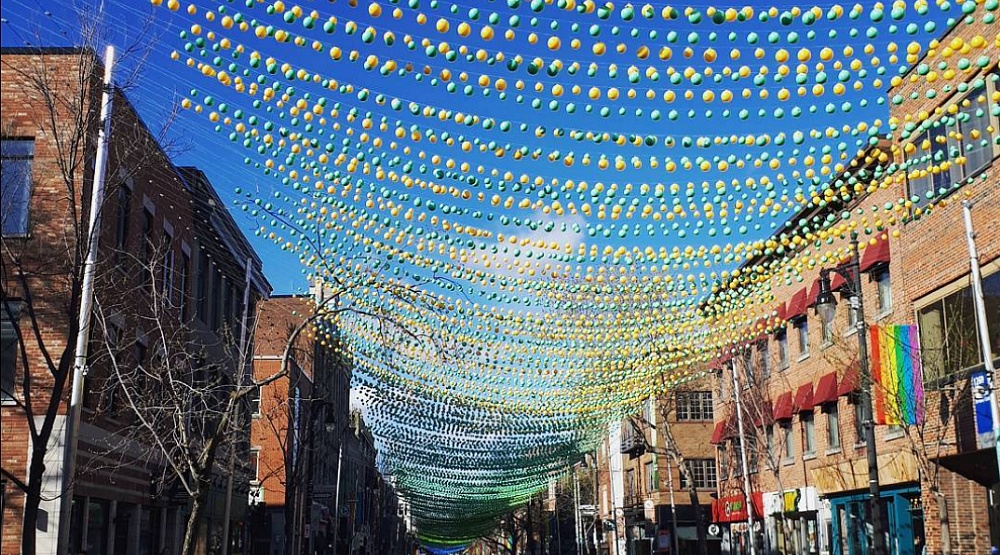 We already reported that the Gay Village’s pedestrian strip on Sainte Catherine Street East is now open to the public!

However, every Montrealer knows that the Gay Village doesn’t truly come alive until the beloved colourful balls return. And now, we are happy to announce that the rainbow balls art installation, otherwise known as Aires Libres, is complete!

As per usual, the installation features roughly 180,000 balls, however instead of the pink balls of the past, 2017 marks the first year that a rainbow design made up of 18 different shades has been used.

The project is titled “18 Shades of Gay,” so be sure to head down to Sainte Catherine Street East as soon as you can!

In the meantime, check out 14 photos of the Gay Village’s rainbow balls art installation below