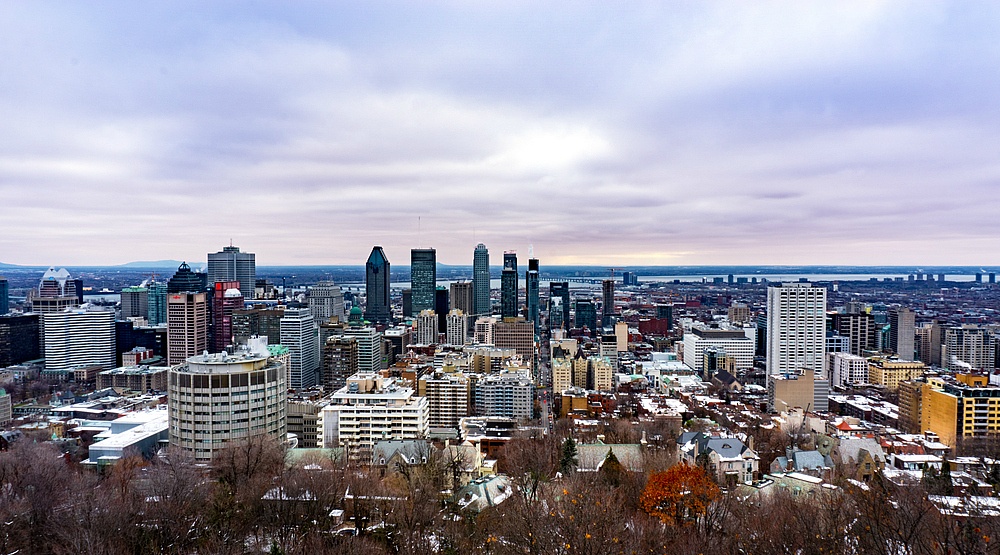 Bored in Montreal? Impossible! Not when there are constant sources of entertainment everywhere around you.

From holiday festivals and Santa meet-and-greets to live theatre and pimped out hot chocolates, check out 21 things to do in Montreal this December.

Have breakfast with Santa

Pancakes, coffee, and Santa? Sounds pretty great to use. Enjoy breakfast with Santa on any one of several dates throughout December. Provigo, Maison Ogilvy, Montreal West Town Hall, and more are hosting breakfast with Santa events for the whole family to enjoy.
When: Anytime
Where: Various locations

Celebrate Chanukah through song! The Segal Centre is hosting a Chanukah sing-along to celebrate the holiday this year. The event, titled Lyrics & Latkes, will feature songs in Yiddish, Hebrew, and English, with English translations. Hosted by the Dora Wasserman Yiddish Theatre (DWYT), a branch of the Segal Centre, this event is one not to miss! Get ready to tap your feet and belt out the lyrics to your favourite songs, alongside the DWYT singers. The event will take place on December 11th, with new performances, one at 2 pm and one at 7 pm.
When: December 11, 2 pm and 7 pm
Where: The Segal Centre for Performing Arts, 5170 Chemin de la Côte-Sainte-Catherine

Canada’s tallest (and perhaps also skinniest) Christmas tree was unveiled in Place des Arts only a few short days ago. Covered in sparkly lights, the tree can be seen for miles in any direction and is surely a welcome addition to the city’s gorgeous holiday decor. See it for yourself and take an Instagram pic!
When: Anytime
Where: Place des Arts

Volunteer for the holidays

Do a little good this Christmas by volunteering to spend your time at one of the city’s many holiday charities. Whether you’re into running a toy drive, sorting donations, or serving food at a soup kitchen, there are plenty of opportunities to get involved right here in Montreal. On Rock Community Services, West Island Mission, St. Willibrord Parish, and Old Brewery Mission are all looking for holiday volunteers. Lend a hand!
When: Anytime
Where: Various locations

Complexe Desjardins invites families across the city to join them for their annual interactive musical children’s Christmas tales. Happening on various dates and at various times, admission is just $2 per person.
When: December 12-24
Where: Complexe Desjardins, 150 Ste. Catherine St. W.

An international event, The Grand Balcony, inspired by Jean Genet’s The Balcon, is a major exhibition comprised of 150 works of art created by 50 artists across the globe. For a sneak peek of what to expect, one of the exhibit’s featured artists is Kerry James Marshall, an American artist whose work explores the representations of African Americans in society, culture, and art history. He created portraits, interiors, nudes, and landscapes for The Grand Balcony.
When: Until January 15, 2017
Where: Montreal Museum of Fine Arts

The juniors are back! Hosted jointly by Montreal and Toronto, the 41st World Junior Ice Hockey Championships are happening in Canada for the 12th time in a row. Though Toronto will host the first round for the Canadian team, Montreal will host the medal round, meaning things are about to get pretty exciting for all the Montreal hockey fans out there. Be sure to grab your tickets before they’re gone!
When: December 26-January 5, 2017
Where: Bell Centre

Celebrate the holiday season with a few laughs. Just for Laughs is hosting one of its final events of the season, Political Cabaret Antics. Presented by Sunwing.ca, the show will be a collection of politically incorrect skits and songs covering everything from Quebec to international news. Need to laugh after this ridiculously awful year in world politics? This is the place to do it.
When: December 20-22, 26-28
Where: Club Soda, 1225 Boul St-Laurent

Slide down the snow atop Mount Royal on the designated snow tubing trails near Beaver Lake. Rent an inflatable inner tube or bring your own, and enjoy an afternoon of gliding down the mountain at high speeds. Rentals are $9 for adults and $5 for kids.
When: December 17-March 6, 2017
Where: Beaver Lake, Mount Royal

There are plenty of reasons to visit Little Italy’s Bottega Pizzeria, however, we must admit that the main one is for the Nutella Pizza. Sure, they offer mouthwatering Napoli-style pizzas, but they also offer a Nutella pizza that literally combines two of the best things on the planet. Seriously, how could someone resist that? The Nutella Pizza is just $12 and is recommended for two people (though we promise we won’t judge if you fly solo).
When: Sunday, Tuesday, and Wednesday 5pm-10pm, Thursday and Friday 11:30 am-2:30 pm, 5 pm-11 pm, Saturday 5 pm-11 pm
Where: 65 Rue Saint-Zotique E

Take your date on an enchanting snowshoeing tour through the trees of the Morgan Arboretum. The 5km trail starts from behind the Arboretum’s Pine Cottage and takes you all around the centre’s grounds. Prepare for a day of snow-filled fun. Snowshoe rentals cost $7. Alternatively, if you’d love to snowshoe closer to the downtown core, snowshoeing is possible on Mount Royal and snowshoes can be rented from the Beaver Lake Pavilion.
When: December 2016-March 2017
Where: Morgan Arboretum, 150 Ch des Pins, Sainte-Anne-de-Bellevue

2016 marks the arrival of Montreal’s first ever Christmas-themed bar. The pop-up bar, titled Miracle Montreal, is in town for just one month. Spreading joy through Christmas-flavoured cocktails and music, you won’t be able to resist stopping here for a drink in December. Miracle Montreal will have everything from jingle bell nog and Santa-quila to a Christmapolitan and a Snowball Old Fashioned. In addition to festive cocktails, they will have fun giveaways throughout the month courtesy of their on-site advent calendar. The bar will be set up in the Latin Quarter starting December 1st. Grab a drink and toast to the holidays!
When: December 1-31 (they’re even open Christmas Day!), 3pm-3am
Where: 323 Ontario Est

December is the month to have a one-on-one chat with Santa Claus himself. Whether you want to take a goofy Christmas picture with your friends, or your kids are dying to see the big man in red for themselves, there are plenty of spots to meet Santa in Montreal. From Carrefour Laval to Place Emilie Gamelin, check out this handy guide to meeting Santa in December.
When: Anytime
Where: Various locations

Is there anything more romantic than sipping hot cocoa by the fireplace? We think not. While hot chocolate may be available all year round, there is nothing as satisfying as a warm cup of hot chocolate in the heart of winter. If you’re in need of a hot chocolate fix as the winter approaches, be sure to head to Au Festin de Babette, Cafe Myriade, Juliette et Chocolat, Cacao 70, Cafe Replika, or Cafe Code Noir (we highly recommend their delicious hot chocolate beverages).
When: Anytime
Where: Various locations

Each year, the Centaur Theatre puts on a special Christmas-themed show just for adults, and this year is no exception. Titled, “Urban Tales X – An Undead Xmas,” the 2016 show promises to be just as bizarre and entertaining as ever. Divided into six parts, each performance will tell a satirical story about what the holidays are like from an adult’s perspective. It sounds hilariously relatable.
When: December 8-17
Where: Centaur Theatre, 453 Rue Saint-François-Xavier