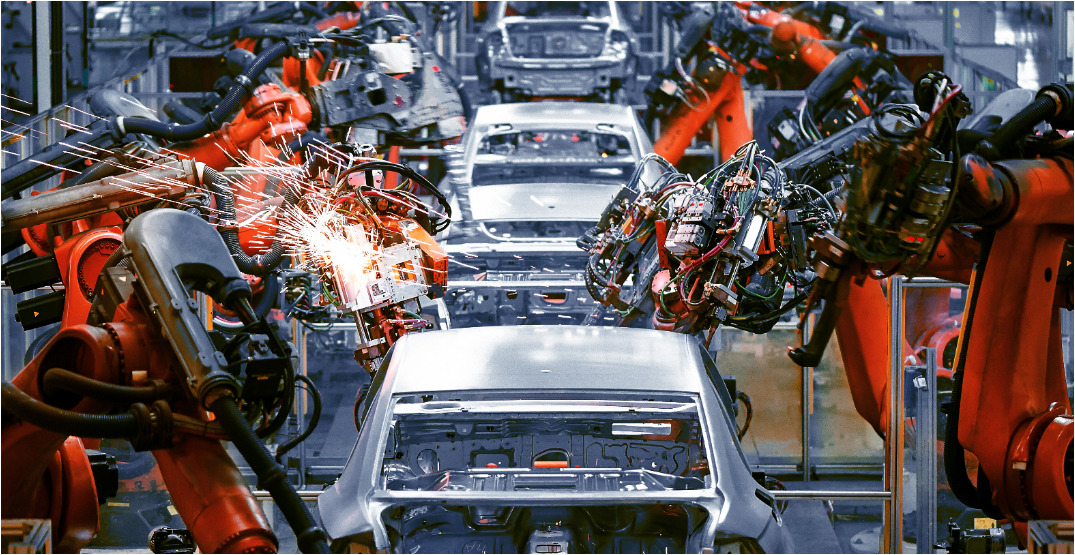 If you’re thinking about getting an electric vehicle, be warned that you could be on a waitlist for years just to pay for one before receiving the keys.

With gas prices continuing to skyrocket across Canada, it’s not a surprise that many people are considering an electric vehicle, especially with rebates offered at both the provincial and federal levels making the final cost a little bit easier to swallow.

However, a few factors are causing the buying experience to not necessarily be the smoothest or quickest.

The global chip shortage — of semiconductors, not Doritos — is one of the primary factors causing production to be limited. This means less supply to keep up with rising demand and is also leading to a long wait for some electric vehicle orders to be fulfilled.

You could be waiting anywhere from three months to five years to get into the driver’s seat of your very own electric vehicle.

Daily Hive spoke to someone who has been planning to purchase a more environmentally friendly car. Roberta Heron is that someone, a BC resident who currently drives a 2009 Hyundai Santa Fe.

“I was hoping it would last me a couple more years,” Heron told Daily Hive.

Unfortunately, she realized that the car needed some costly repairs and that it was the right time to look into something greener.

“Then, of course, recently, with the massive jump in gas prices, I figured okay,” she said.

“The plug-in hybrid option was one of the ones we ended up looking at.”

The estimated wait for a plug-in hybrid option at one dealership they went to was five years.

You also need to pay to be put on a waitlist. In this case, that cost was $500. Luckily you can get it refunded if you decide you no longer want that vehicle, but it wasn’t entirely clear whether that $500 would go towards the final cost of the vehicle.

“Finding out what the market was like was very shocking,” Heron added.

Having a quick look around at other dealerships across Canada, this $500 waitlist fee seems to be the norm for reserving an electric vehicle. Eventually, they decided to put themselves on a waitlist for a Toyota gas-hybrid model where the wait wouldn’t be as bad, approximately 18 months to two years.

What’s especially unfortunate is that with such limited supply, Heron and her partner couldn’t even sit inside or test drive a vehicle. There was an older model of one of the vehicles they were interested in at the dealership, and it was sold during their shopping experience. It sold for more than the price of a brand new one, merely because it was available.

This isn’t a problem that has been fuelled by the pandemic, although it likely hasn’t helped either.

There’s evidence that availability has been a problem since 2018 or even earlier. According to a 2018 report from Clean Energy Canada, a survey revealed that most dealerships had a three-month to a one-year-long wait, with some suggesting a wait of 18 months. Not too different than what Heron was told.

The BC-focused study suggested that a “minority of BC dealerships have electric carsthat you can buy and drive home today.”

“We repeatedly heard that EVs are sold as soon as they hit the lot and that they’re hard to get a hold of. A dealer representative from the Lower Mainland pointed to Quebec’s ZEV mandate for swallowing up Ford Focus EVs ‘so there are none all across BC,’” reads the 2018 report.

(A ZEV mandate is a rule that Quebec, and now BC, has instituted that calls for a proportion of car maker sales needing to come from EVs.)

Four years later, not a lot has changed aside from more makes and models of electric vehicles.

According to a post from electrifying.com in March, the minimum amount of time you’d have to wait for an electric vehicle is three months. This can change depending on the model you’re after, as there are some lesser-known brands you might be able to obtain sooner.

Some models where the wait isn’t as long include the Hyundai IONIQ5, with an average wait of about four to six months, the BMW i4 or iX, which has an approximate wait of six months, or the Mini Electric, which also sits at about a six-month wait.

Again, these are all just estimates.

While your results may vary based on where you’re located and which dealers you visit, some manufacturers have warned customers about long waits.

Looking at the Tesla website, for example, gives you a look into how long you might be waiting for a Model X.

If you were to order today, the estimated delivery is January 2023 to April 2023. The Model 3 isn’t as bad, and you may be able to get one as soon as this fall. Tinkering with different specifications and configurations slightly changes estimates.

Adding to the mystery is that most manufacturer websites seem only to be providing vague estimates, which are likely subject to change.

Long story short, being hurt by high gas prices won’t allow you to impulse buy your way to freedom unless you’re buying used, in which case you’ll likely be paying a premium.