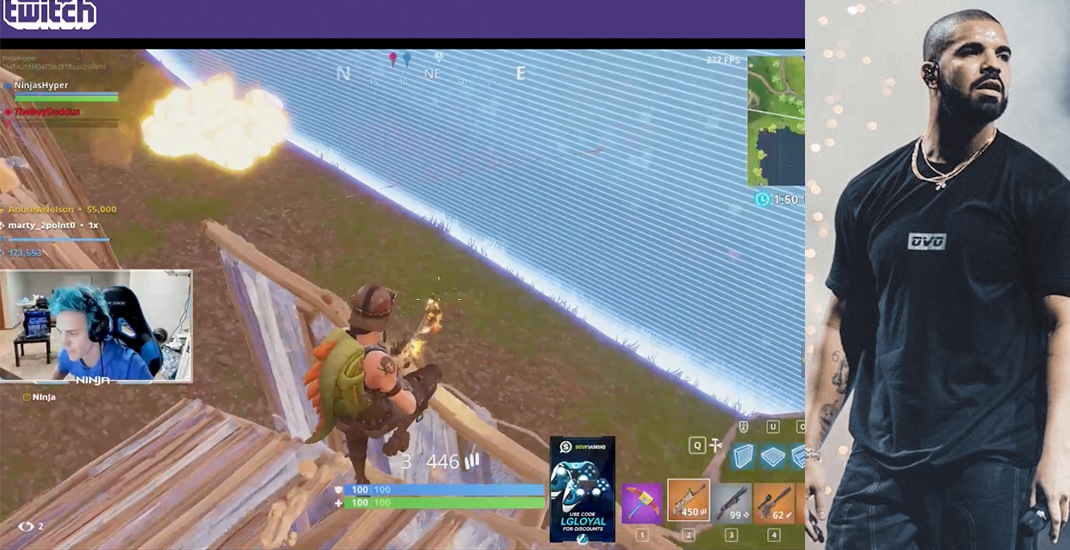 Teamed up with master gamer Tyler “Ninja” Blevins, Drizzy himself is playing Fortnite right now, and the whole thing is being live streamed on Twitch.

The stream has over 600,000 active people watching, and a total of over 87 million total views.

Watch a bit of the magic here:

Obviously, the internet has gone crazy about this.

This whole experience of Drake playing Fortnite on stream is just so wholesome??? Like he and Ninja are just two bros chatting and gaming and bonding it’s not even a big deal and it’s so p u r e why can’t everything be this simple and clean

If @Ninja getting to play Fortnite with @Drake doesn’t inspire you to get on your grind, then you might be beyond reach man.

This dude went from playing Halo 5 to being the biggest thing to hit the internet and now has almost 600k people watching him.

Time to get to work.

This is insane everyone watching @ninja and @drake on fortnite craziest gaming moment ever?? #Gaming #Fortnite

Drake says Travis Scott and Lil Yachty are about to run squads on fortnite with him and Ninja! 🤯🔥 pic.twitter.com/mWr8YTQAxR

Seriously just watched 10 whole minutes of Fortnite because Drake is playing on Twitch. Gtg my bfs gonna leave me 😂

If you’re not watching Drake play with Ninja on Fortnite right now, you’re missing out. Unreal.

Travis Scott, drake, juju smith, and ninja all playing fortnite right now.
What a time to be alive.

the world: “he can’t get better than that.”

*Drake comes onto a twitch livestream to play Fortnite*

Every guy excuse for playing this game the next month going to be “well drake plays fortnite” https://t.co/D0Hm1GP4pm