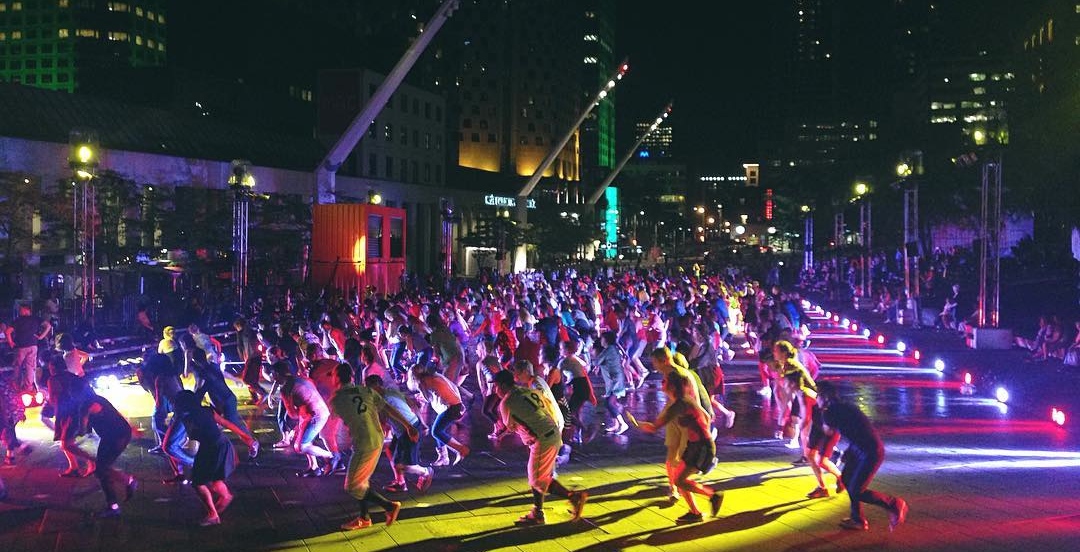 There’s a whole lot of dance and theatre going on in Montreal this summer.

Montreal’s Festival TransAmeriques is an avant-garde theatre and dance festival that serves as a precursor to Montreal’s Fringe Festival.

The event showcases 25 different shows at a variety of places around Montreal with the majority of shows happening at the Quartier des Spectacles.

The international festival, currently enjoying its 12th edition in Montreal, presents new forms of performance and showcases major dance and theatre artists from around the world in contemporary art.

The goal of the multilingual event is to encourage exchanges between the artists and their audience.

The FTA aims to reflect the image of its home base, Montreal, through beauty, light, and emotion. The festival encourages their artists to express newfound forms of art and targets ways of engaging their audience to inspire conversation and thought.

Shows range from 45 minutes to 2 hours long and have varying starting times, the majority of which range between 7 pm and 8 pm.

When: From now until June 7

Time: Varies according to selected show

Where: Various venues around the city

Tickets: $23 to $65 based on show and seat selection – available online