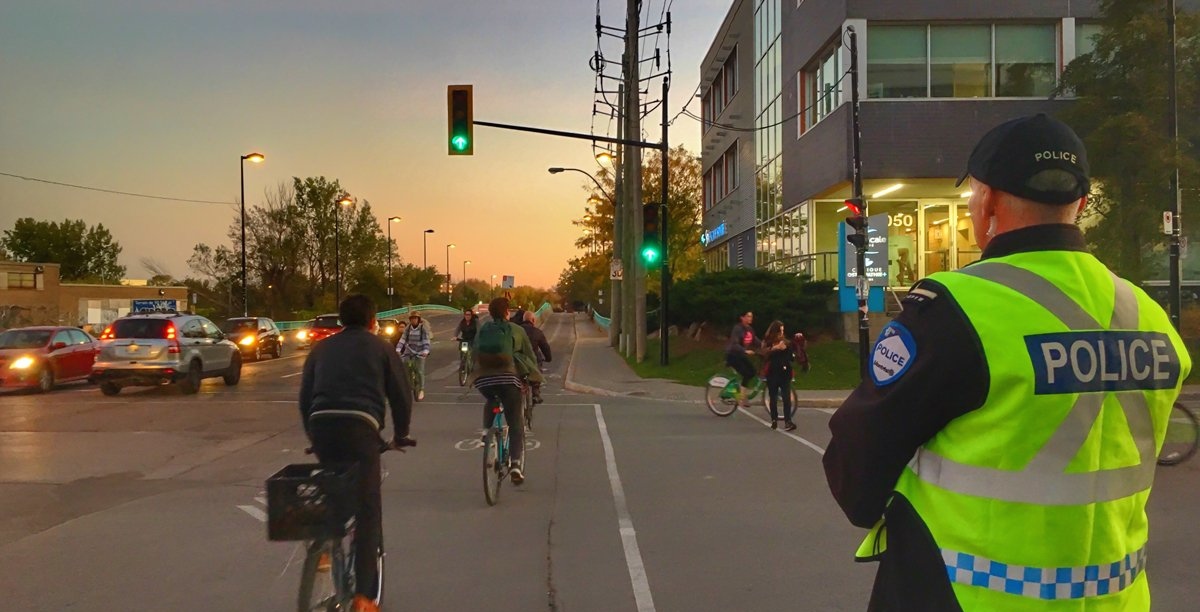 Montreal cyclists may want to start treading lightly. Or rather, treading with lights. The SPVM (Service de police de la Ville de Montréal) is cracking down on cyclists in the city who don’t have lights attached to their bikes.

With the end of Daylight Saving Time and the earlier arrival of dusk, coupled with bike rush hour at the now-dark 5:30 pm, Montreal police has announced they’ll start issuing $127 tickets to cyclists who do not have lights affixed to their bikes, front and back.

The crackdown, which will continue on the city’s busiest bike routes until snow hits, comes after the SPVM sent out a warning last week that they would start issuing fines for infractions while handing out free bike lights.

Under its new Highway Safety Code, the province hiked missing lights on bike fines from $35 to $127, last spring.

Statistics compiled by the Montreal’s Bike Coalition showed that only 55 to 65% of cyclists that were recorded along the de Maisonneuve bike path were using bike lights at this time last year.

This week, the coalition recorded that 84% of cyclists at Vendôme’s bike path (over a span of 45 minutes) were using properly installed lights and/or reflectors.

Keep your heads up and those lights flashing, Montreal.