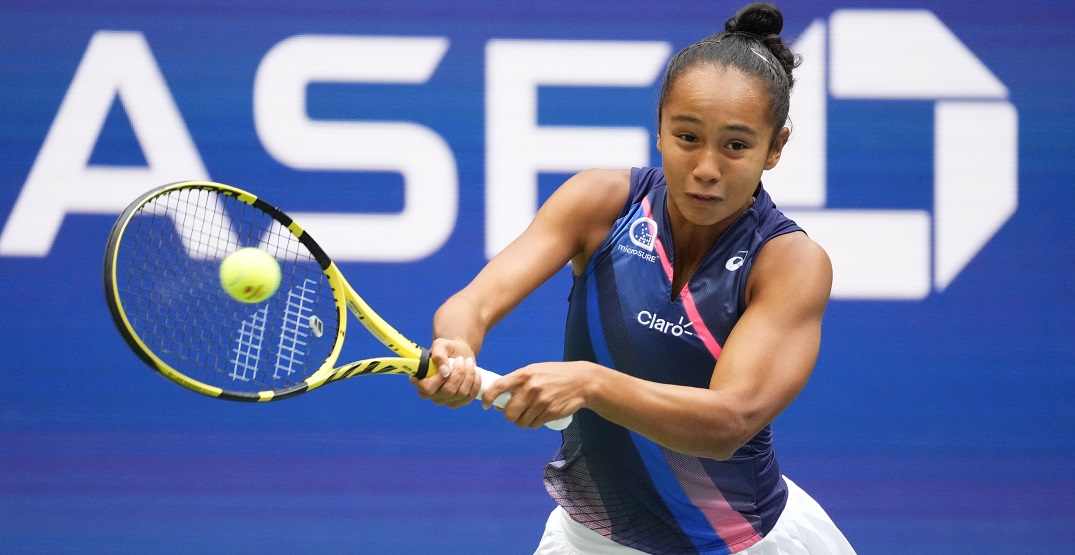 Canadian rising tennis star Leylah Fernandez couldn’t quite finish the final chapter of her US Open fairytale, falling to Britain’s Emma Raducanu in the 2021 singles final.

Raducanu, who is just 18, picked up her first Grand Slam victory in the process.

Saturday’s match was technically an all-Canadian affair, the first of its kind at a major tennis tournament.

Raducanu was actually born in Toronto to Romanian and Chinese parents, before moving to England at age two with her family.

Leylah is not going down without a fight. pic.twitter.com/PXaqxbysMw

Fernandez entered the tournament 73rd in the WTA rankings, while Raducanu came in ranked 150th.

The second set had a medical timeout for Raducanu, who scraped her leg on the court falling over while reaching for a shot.

Fernandez had quite the run at the US Open, knocking off top seeds Aryna Sabalenka (No. 2), Naomi Osaka (No. 3), Evita Svitolina (No. 5), Angelique Kerber (No. 16) along the way.

Meanwhile, Raducanu, who entered the tournament as a qualifier, beat Belinda Bencic (N0. 11) and Maria Sakkari (No. 17) on the way to her title.

With the match, Leylah Fernandez became the second Canadian woman to play for the US Open singles title in three years, following Bianca Andreescu’s win in 2019.

She became just the third Canadian woman ever to make a Grand Slam Final, following Andreescu and Genie Bouchard, who fell in the 2014 Wimbledon final.