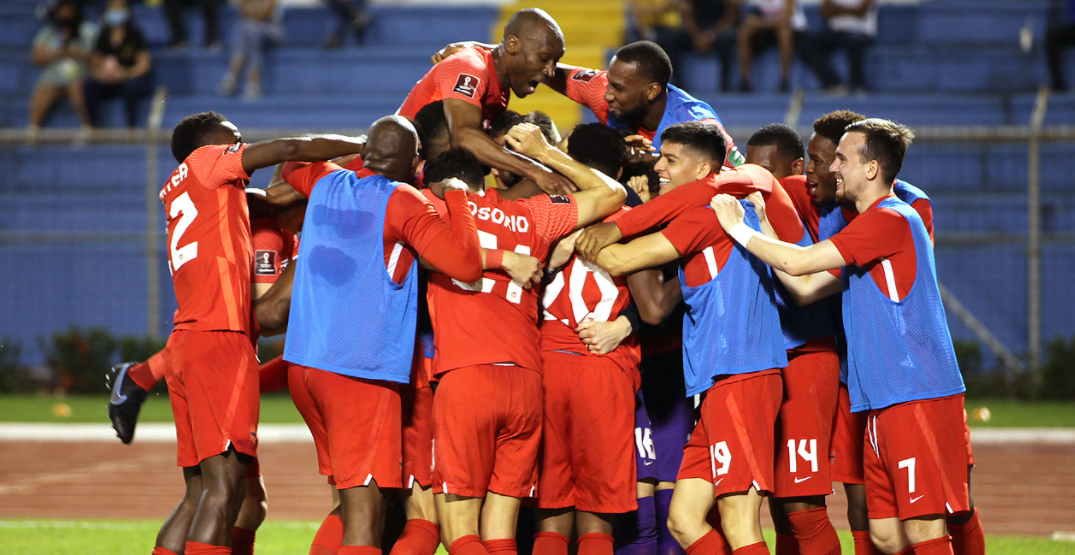 Stop me if you’ve heard this one before: after a gutsy win, Canada is one step closer to the 2022 FIFA World Cup.

Picking up a massive 2-0 victory in Honduras on Thursday night, Canada registered another three points to remain atop the CONCACAF World Cup Qualifying table through nine qualifying matches.

It’s their first win in Honduras since 1985, during qualifying for the 1986 World Cup, which remains Canada’s only appearance at the tournament.

Canada carries a record of five wins and four draws through nine of the fourteen qualifying games, and remains the only unbeaten team of the eight CONCACAF left pushing for a spot at this year’s tournament in Qatar.

In the tenth minute against Honduras, Canadian forward Tajon Buchanan forced in an own goal off Honduran defender Denil Maldonado to give Canada a lead they would not relinquish.

TAJON BUCHANAN!#CanMNT up 1-0 over Honduras in this World Cup Qualifying clash as the new Club Brugge star forces an own goal from his opposition defender ⚽️

Jonathan David doubled Canada’s lead with an exceptional chipped goal off a through ball from Liam Fraser in the 73rd minute, just moments after an outstretched save from Canadian goalkeeper Milan Borjan.

Alphonso Davies, who is missing this qualifying window for Canada with mild myocarditis, an inflammation of heart muscle, had quite the reaction to Buchanan’s goal.

Livestreaming with his own commentary on his Twitch channel, Davies couldn’t contain himself with his reaction.

“Goalazo! Come on! Tajon, give it to them!” Davies exclaimed.

🗣 "@TajonBuchanan let me see something,"@AlphonsoDavies loves to see that early lead for the #CanMNT 🇨🇦

Davies’ reaction might’ve been even better on David’s goal.

Injuries were an unfortunate part of the match for Canada, though. Canadian midfielder Samuel Piette was taken out with a first-half tackle that forced him out of the match inside the first 40 minutes.

It's been quite the feisty affair so far in San Pedro Sula. 🤨#CanMNT | #WCQ pic.twitter.com/3Vxj2m3VLO

In other CONCACAF action, Jamaica took a 1-0 lead but fell 2-0 to third-place Mexico, while the second-place United States beat El Salvador 1-0.

But the biggest result of the night came by way of Costa Rica’s 1-0 victory over Panama.

The view is nice from the top 🔝#CanMNT pic.twitter.com/wcjJLthTnn

The next match for Canada comes Sunday at home against the United States, who they’ll be hosting at Hamilton’s Tim Hortons Field.

Kickoff is set for 3 pm ET/ 12 pm PT. Canada closes out this qualifying window on Wednesday with a road trip to El Salvador next Wednesday.