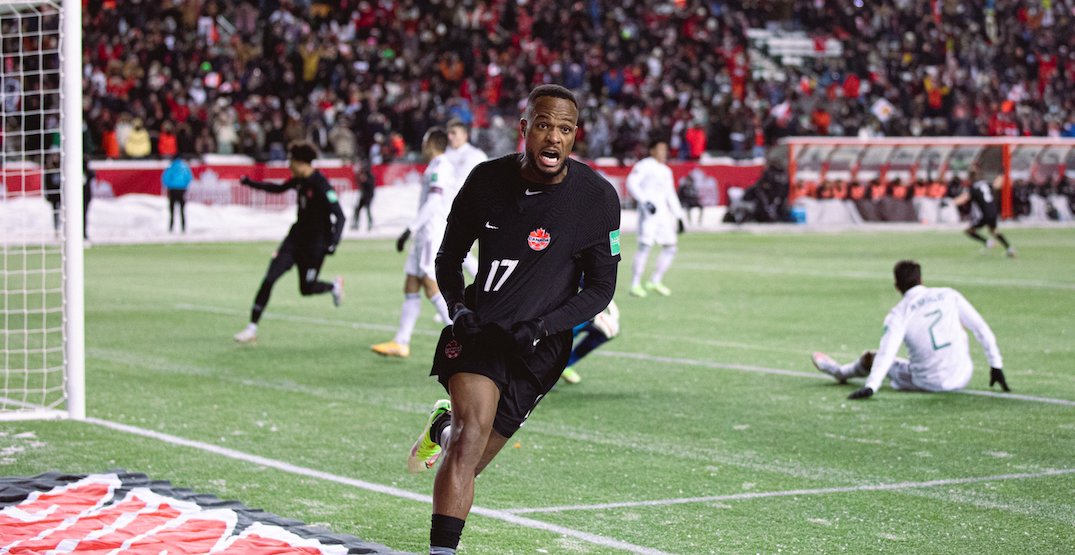 The FIFA World Cup is in sight.

Mexico is leaving Edmonton cold and defeated, as Canada secured a 2-1 victory in World Cup qualifying.

A mostly pro-Canadian crowd of 44,212 showed up to support the Canadian national team at Commonwealth Stadium, despite the -8°C temperature at kickoff. The freezing temperatures earned the match the “Iceteca.”

Cyle Larin scored both Canadian goals, as the men’s national team got their first win over Mexico in 21 years.

We’d call it an upset, except for the fact that Canada is now a force to be reckoned with.

Larin’s first goal came near the end of the first half in the 45th minute, after Mexican goalkeeper Guillermo Ochoa was unable to control an Alistair Johnston shot from distance.

THE MOST CANADIAN GOAL CELLIE OF ALL TIME 🍁

There were nervous moments late for Canada after Héctor Herrera scored Mexico’s lone goal in the 90th minute. Milan Borjan needed to be great in injury time, but the Canadian goalkeeper was able to keep the ball out of his net.

With just six matches left in the final stage of World Cup qualifying, Canada sits alone in first place in the CONCACAF region with four wins and four draws. They’re the only team that hasn’t lost a match.

The top three teams will go to Qatar next year for the FIFA World Cup, while the fourth-place team can earn a spot through an intercontinental playoff. Canada is in a great spot, but there’s still work to do, as fourth-place Panama is just two points back.

The next World Cup qualifying window begins on January 27, when Canada travels to Honduras. Canada will host the United States on January 30, and then go to El Salvador on February 2.