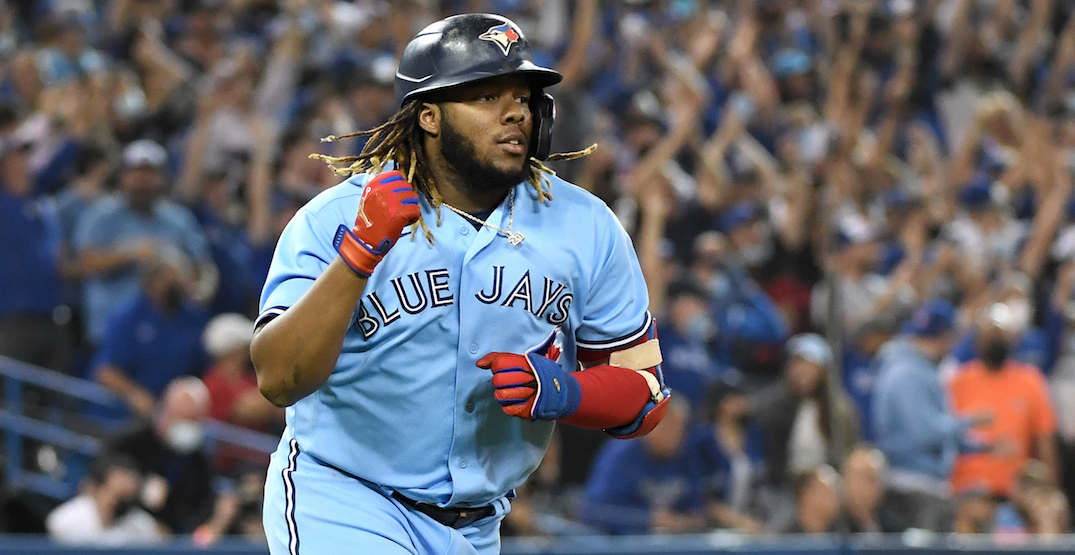 The Toronto Blue Jays finished with 91 wins during the regular season, but despite that impressive win total, they were a victory short of extending their season by at least one more game.

While there was a great deal to be proud of vaulting from a 95-loss season in 2019 to a 91-win season in 2021, there’s still room for growth, improvement and progress for this fairly young team.

Blue Jays president Mark Shapiro held his end-of-season press conference and discussed many topics surrounding the future of this team, how it plans to enter the offseason, and what the future holds for the Rogers Centre.

As the Boston Red Sox play in the American League Championship Series, it’s hard not to wonder whether the Blue Jays should’ve been in one of these playoff series. After all, Toronto finished just one win away from the Red Sox in the win column this season.

But as Shapiro alluded to, just getting into the postseason sets up a realm of possibilities, and was confident his team would’ve done damage in October.

“As I’ve reluctantly watched other teams play in the postseason, while I’m incredibly proud of our team on and off the field, and while I do feel confident that we’ve experienced such tremendous progress and we’ve had a lot to build upon from this season, I’m left with one feeling, and that’s bitterness,” Shapiro said.

“Every team that is not the team that wins the last championship season game played, it is bitter. The fact that we’re not playing right now leaves me more determined, and all of us here more determined that we continue to get better.”

The Blue Jays president reflected on his time as a general manager in Cleveland and a similar scenario back in 2005 when that club finished with 93 wins, but found themselves on the outside looking in, in October.

Two years after that heartbreaking finish to the season, Cleveland came back to win 96 games, securing a division title and advanced to the ALCS. Maybe this similar type of heartache the Blue Jays experienced in 2021 stands to benefit them in the long run.

Looking back over a few years, the Blue Jays improved by leaps and bounds compared to 2019, where they increased their win total by 24 victories compared to two years ago. And with two big money contracts on the books with Hyun-Jin Ryu and George Springer, Blue Jays ownership pumped over $230 million into payroll the last two offseasons.

This winter will be another critical offseason for the Blue Jays as they look to improve upon that 91-win total and ensure themselves a postseason berth in 2022.

Two of the biggest names potentially departing as free agents are Cy Young favourite Robbie Ray and MVP candidate Marcus Semien. Both will command a hefty sum on the free agent market this winter, and it’s uncertain whether the Blue Jays will have the resources to keep one or both players who were integral to the team’s success in 2021.

Shapiro remarked that while they’d like to have Semien and Ray back in a Blue Jays uniform next year, the team isn’t beholden to either these two players. The front office will explore all avenues this winter, even if that means letting Semien and Ray sign elsewhere.

It sounds like the organization is using their near-miss 2021 season as fuel to their fire to improve and come back even better in 2022. After all, this is still one of the youngest position player cores in all of baseball.

Many of them played in the playoffs for the first time in their careers last year as part of expanded playoffs, but the 2021 season was the first time many of them experienced a true pennant race where every game mattered in September.

“The expectation is that we’re going to build a championship-calibre team,” Shapiro said. “The expectation will be that we build a team capable of winning the World Series next year. We’re not looking in at zoning in on a certain number, but we’re looking at getting better.”

While the Blue Jays spent the last few years putting the finishing touches on their state-of-the-art player development complex in Dunedin, Florida, the one last large-scale infrastructure project remains the future of the 32-year-old Rogers Centre.

Over the last few years, the team has made minor cosmetic improvements to the aging stadium, but a shortened 2020 campaign and the team spending the first four months of the 2021 season away from Toronto, the status of the dome wasn’t a top priority.

But in the meantime, there will be one big change fans will notice next year; a brand new scoreboard.

“We will have a new scoreboard next year. Last year, we did the sound system and the turf, as well as numerous small things,” Shapiro said.

“The big one next year will be the scoreboard, along with continuing to look at ways to improve the concourse experience and look for any opportunity we can to increase fan experience.”