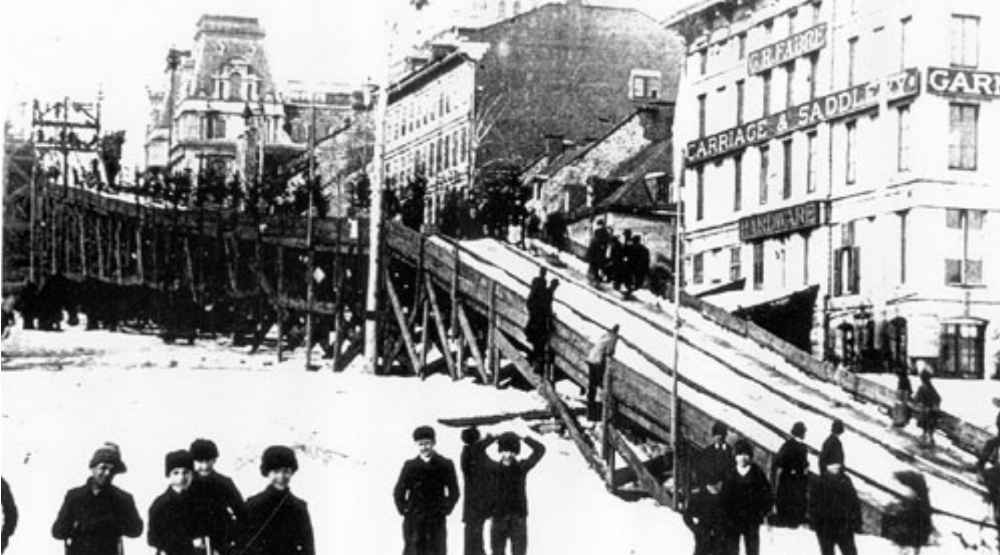 In addition to free shows, 2 extra weeks of programming, and a killer lineup, Igloofest 2017 also marks the return of the Nordik Slide.

A winter tradition dating back over 100 years, Igloofest’s Nordik Slide has been wowing Montrealers for several years in a row.

Presented as a contemporary update on a winter carnival classic (with an Igloofest touch), there is surely tons of fun to be had on the Nordik Slide.

It will be set up in Place Jacques Cartier all festival long, meaning you have between January 12th and February 19th to check it out.

Open Thursdays and Fridays from 4-11 pm, Saturdays from 1-11 pm, and Sundays from 1pm-5pm, you have ample opportunity to whizz down this massive slide in the heart of Old Port.

Oh, and did we mention the slide is totally free? Be sure to arrive early as there will most certainly be lines, but rest assured it’s totally worth it.