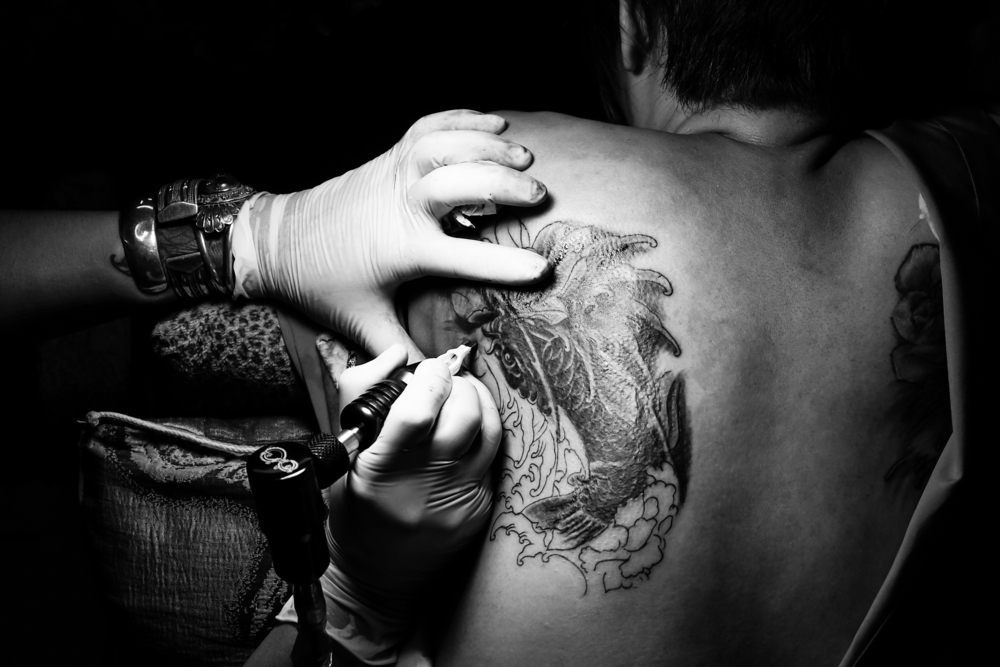 Given Montreal’s booming art scene, it’s no surprise that this city is home to more than a few masters of the ink.

So to get you inspired and motivated for your next tattoo, we compiled 11 of our favourite artists in and around Montreal!

Pierre Chapelan is the owner of the famous studio Tattoo Mania. He also founded Art Tattoo Montreal and Art Tattoo Quebec, both huge conventions that he’s been doing for a while now.  Pierre is currently on a private jet tattooing for charity so your appointment might have to wait a few days.

David Cote is a master of the new-age geometric tattoo. Full of colour and almost futuristic-looking, it’s guaranteed that none of your friends will have a tattoo like this.

A former graphic designer, Yannick is one of Montreal’s truly original tattoo artists. Purposely aiming not to be influenced by other artists, Yannick brings his own visual techniques to every tattoo that he creates. If you’re looking for something totally new, head over to the Mile End and be sure to get inspired by following him on Instagram.

Eilo is one of the most sought-after tattoo artists in Montreal. Her neo-traditional and Japanese style set her about from the crowd, and her 10 years of experience makes her a true veteran of the tattoo game. If you’re looking for a big and colourful statement tattoo, you should definitely consider booking an appointment with Eilo although she’s sold out until 2017.

Hilary Jane is a true renaissance woman. Specializing in not one but four areas of visual arts – drawing, painting, embroidery, and tattoos, Hilary Jane’s designs are simply gorgeous. In addition to her mad skills at tattooing animals and floral designs, her life-like portraits are out of this world.

Luka has a stunning eye that allows him to bring realism to every tattoo he creates. From characters in famous movies to pictures of a beloved family member, Luka will not disappoint. He’s received numerous accolades for his work, including most recently taking home the Best Realistic award from the Maritime Tattoo Festival.

Born and raised in Montreal, Alex studied Mechanics before honing his illustration skills and deciding to pursue a career as a tattoo artist. Over the past six years, Alex has become one of the foremast semi-realist tattoo artists in Montreal executing all his art in black and white. Did we mention his Instagram features his adorable pug?

With over 20 years of experience, Azl specializes in ornamentalism, dotwork, and scarification artwork. His tattoos are incredibly detailed so if you’re in the market for an intricate tattoo, Azl is your man.

Known for his massive, intricate masterpieces, Simon Golygowski of Pol Tattoo is well-known in the Montreal tattoo scene. His style is the perfect blend of abstract and Japanese. So if you’re looking for a full-body masterpiece, this might just be the guy to see.

Joel Marleau creates some of the most fun and colourful tattoos in Montreal. From whimsical tattoos of a circus elephant to a poutine tattoo fit for a true Montrealer, Joel Marleau’s style is unlike any other.

This metal chick is versed in a large array of specialty techniques. From full-bodied flowers to dainty leaves, Amanda has created some beautiful tattoos.