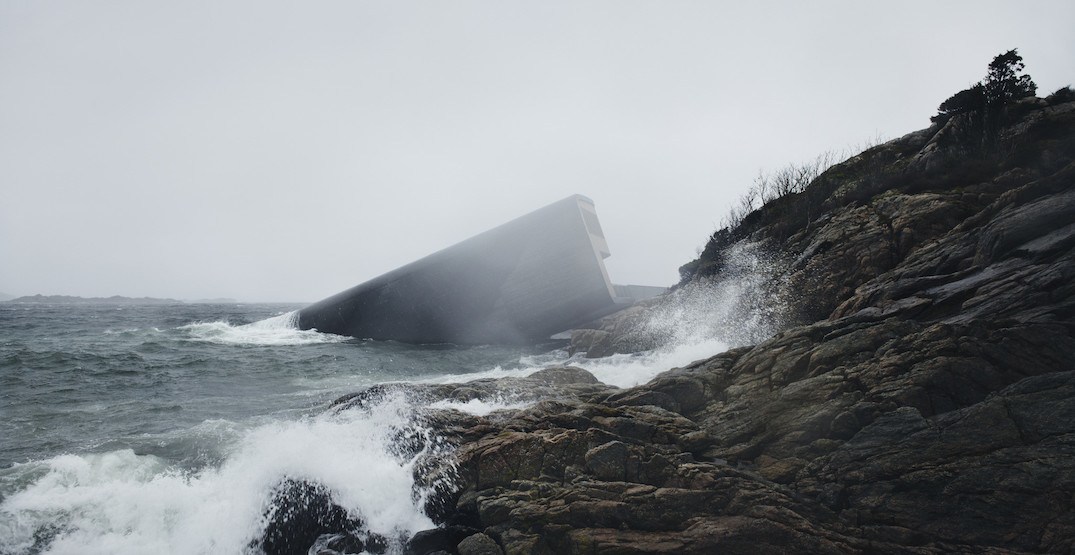 Under in Lindesnes, Norway. (Snøhetta)

You’re familiar with luxury underwater venues in places like the Maldives or Bora Bora. You know, the ol’ “eat tonight’s dinner while watching tomorrow’s swim by” routine.

But underwater dining is no longer just for the tropics.

Globetrotters buckle up, because Europe’s first underwater restaurant is now open, and it is taking your Euro-trip to a new level… a submarine level. 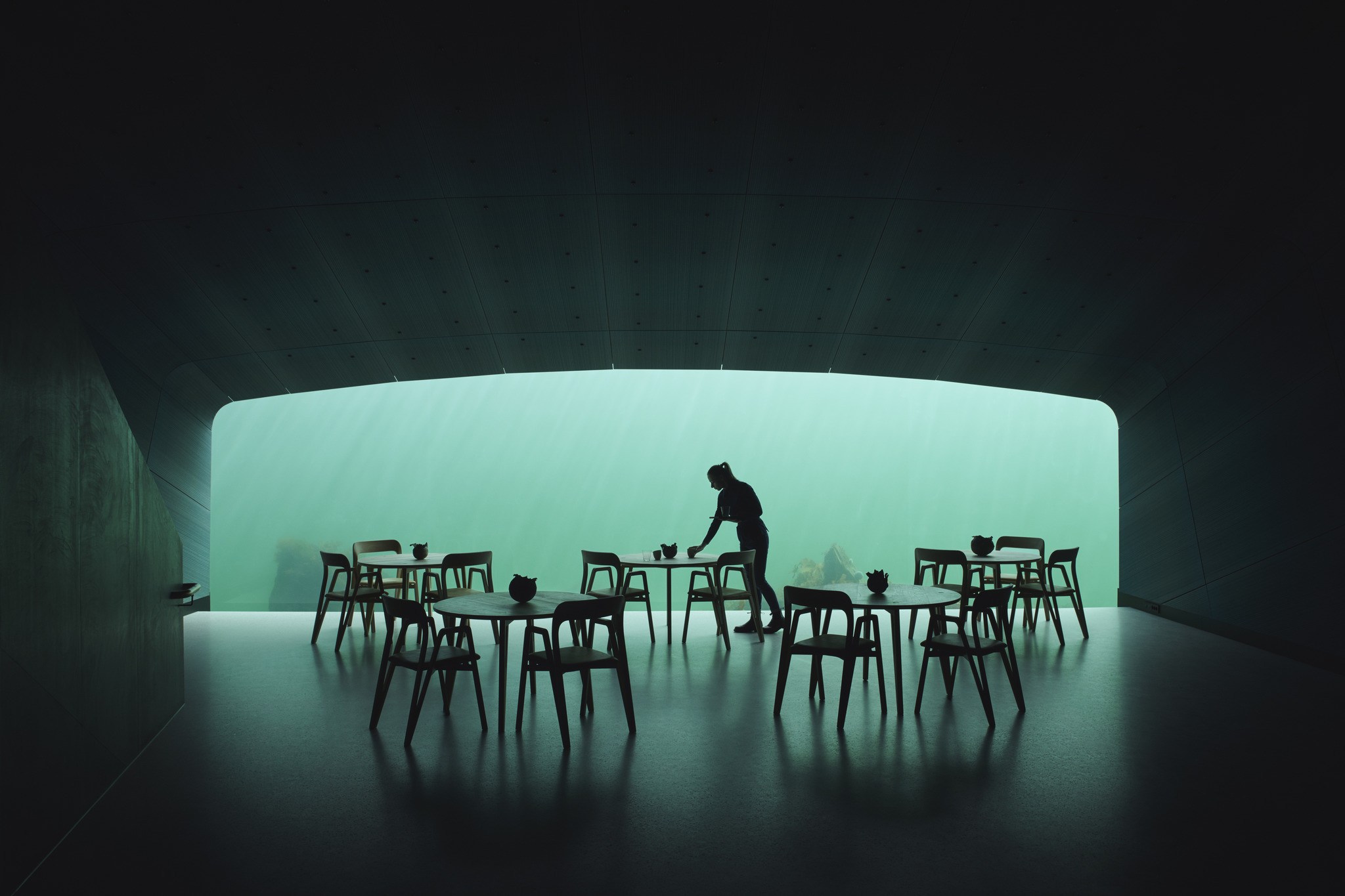 Under is situated at the southernmost point of the Norwegian coastline, where the north and south sea storms meet. This point is about an hour from the nearest airport, so you’ll want to make a trip out of it.

Designed by Norwegian architecture firm Snøhetta, the restaurant is gorgeously designed as an extension of the rugged nature that surrounds it. Accommodating 35-40 diners each night, Under offers a “visual gateway to the sea” and is a unique addition to the craggy Norwegian shoreline.

The 34-metre long building is half-sunken into the sea, crashing through the surface to rest on the ground five metres below. The structure is designed to fully integrate into its marine environment over time, with the concrete shell functioning as an artificial reef. 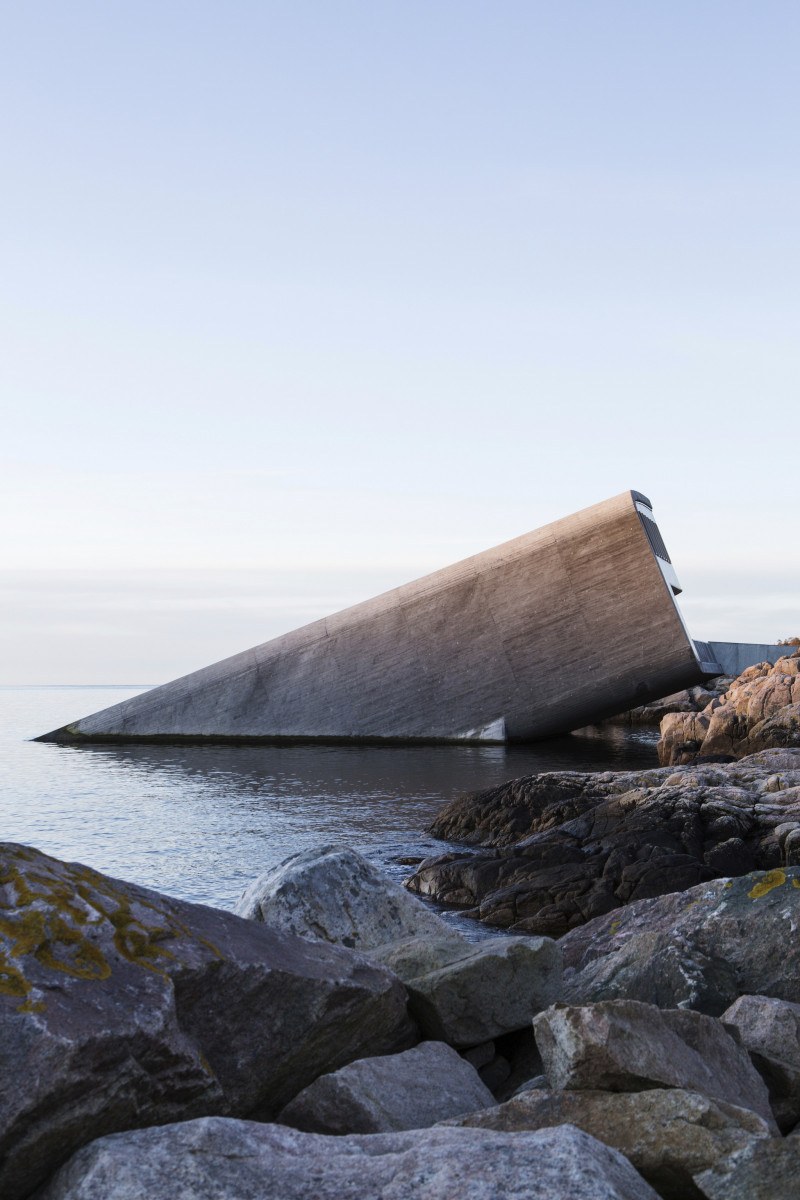 “Under is a natural progression of our experimentation with boundaries,” says Snøhetta Founder and Architect, Kjetil Trædal Thorsen. “As a new landmark for Southern Norway, Under proposes unexpected combinations of pronouns and prepositions, and challenges what determines a person’s physical placement in their environment. In this building, you may find yourself underwater, over the seabed, between land and sea. This will offer you new perspectives and ways of seeing the world, both beyond and beneath the waterline.”

During off-hours, the restaurant will double as a research centre for marine life, studying the rich biodiversity of the surrounding waters. The researchers’ aim is to monitor and document the population, behaviour, and diversity of species in the area, with the goal of improving official marine resource management. 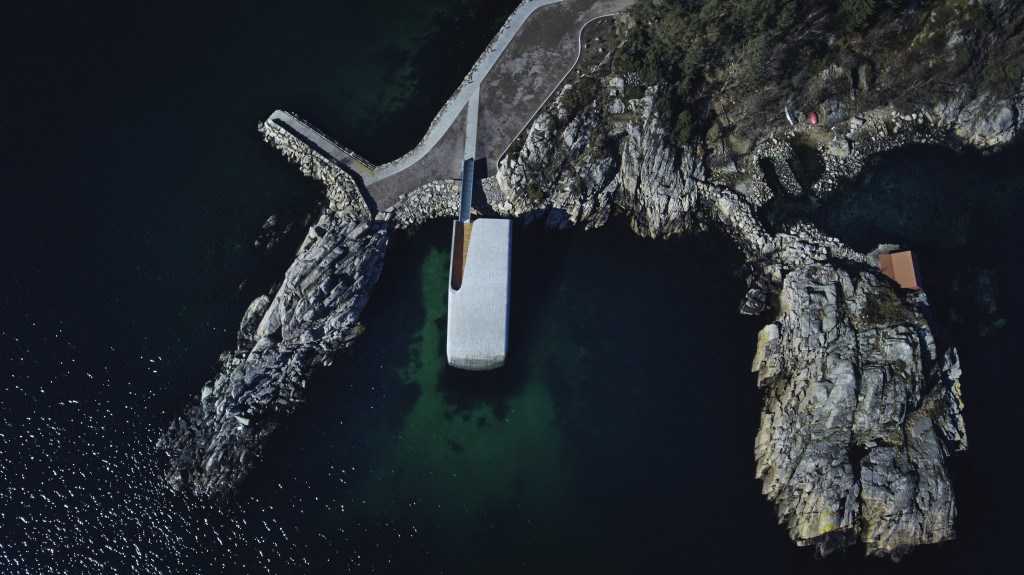 Under‘s culinary experience will focus on fine dining with high quality, locally-sourced produce, and an emphasis on sustainable wildlife capture. Guests will enjoy a menu by Danish chef Nicolai Ellitsgaard Pedersen and his 16-person team, and you better believe the seafood will be ah-ma-zing. 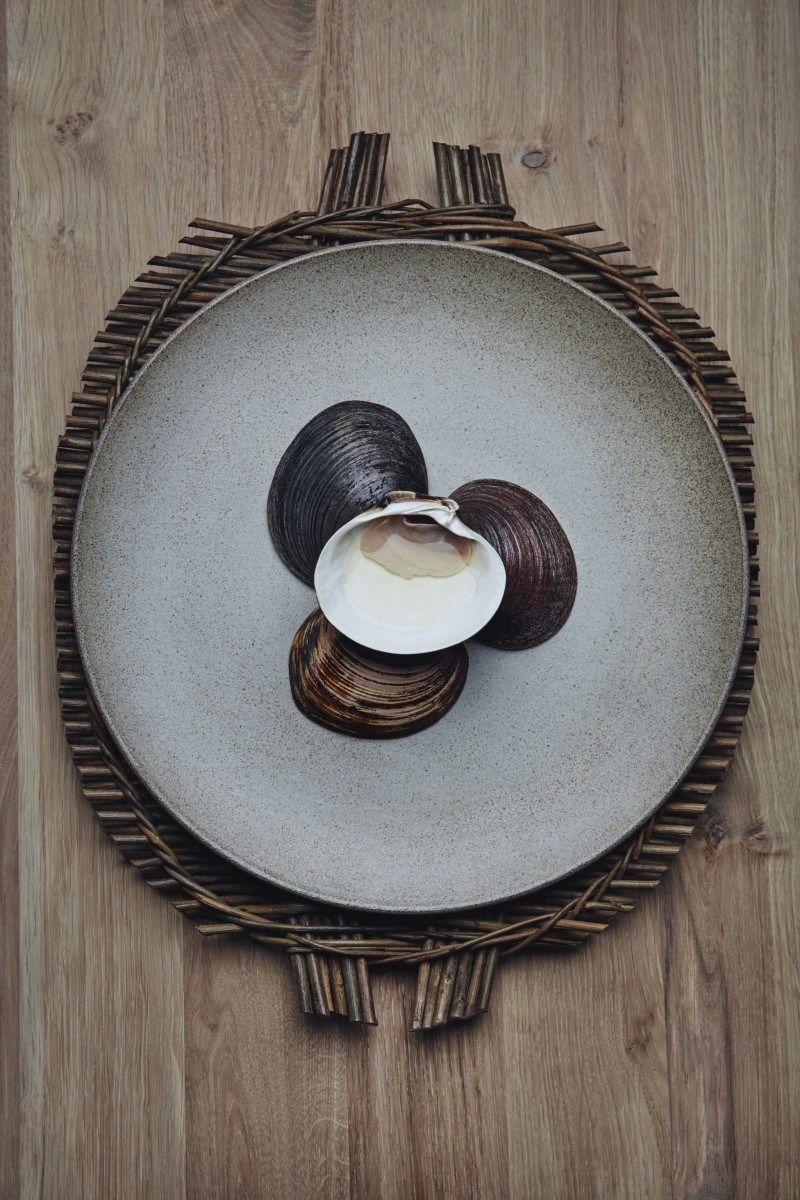 Reservations are now open, so please go and report back on that seafood. Share your pics with us using #dailyhivemapped.