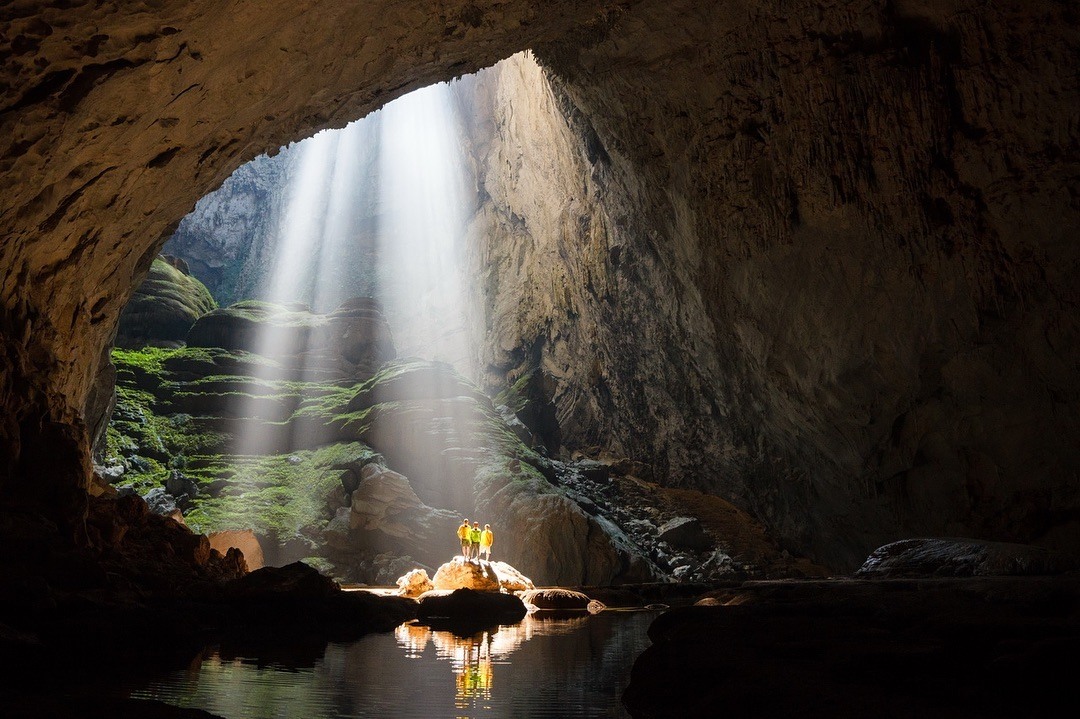 Divers around the world are making great scientific discoveries. A recent dive to the deepest part of the Marianas Trench found evidence of new species.

Now, an underwater expedition in Vietnam confirms that the world’s largest cave is bigger than we thought.

Vietnam’s Hang Son Doong cave (or “cave of the mountain river”) is the world’s largest cave system, previously measured to be 38.5 million cubic meters in volume. It sits at the heart of the Phong Nha-Ke Bang National Park and UNESCO site.

Last month, an expedition by British divers set out to explore the cave’s vast waterways. What they found was truly mind-blowing.

The expedition was comprised of Jason Mallinson, Rick Stanton, and Chris Jewell — three of the volunteer divers who, alongside Vancouverite Erik Brown, rescued children trapped in a Thai cave last year. Their heroic rescue efforts were the very reason that Oxalis, the only tour company authorized to lead tours in Son Doong, invited them on this expedition.

“The divers did an amazing job rescuing the children in Thailand. We invited them on a trip to Son Doong to thank them for their great effort,” Howard Limbert, technical advisor of the Oxalis adventure company, told CNN Travel.

“They wanted to do something interesting during the trip, so we came up with this idea of diving Son Doong, which had never been done before.”

During the expedition, they came across an undiscovered underwater tunnel. As they probed the passage further, they realized that it connected Son Doong with another enormous cave by the name of Hang Thung. This adds approximately 1.6 million cubic meters to the cave’s total volume.

“It would be like someone found a lump on top of Mount Everest, making it another 1,000 meters higher,” Limbert adds.

Divers reached a depth of approximately 78 meters with the support of air tanks before turning around. They believe the tunnel reaches a depth of 120 meters and continues for about one kilometre. Though the cave is vast, none of the other underwater tunnels have proven to be quite as deep as the one recently discovered.

“Any cave in the world will be able to fit comfortably inside Song Dong when it’s connected — it’s just outrageous in size,” Limbert said years before the discovery.

The next step is to bring the equipment and air tanks required for a longer and deeper dive. The trio plans to return to Son Doong in April 2020, when the waters are relatively low and visibility — at one to two meters — is better than usual.

The world’s largest cave was accidentally discovered by a farmer seeking shelter from a storm in 1990. It was not properly explored until 2009.

“I think it’s incredible that something as important as the world’s largest cave is still being explored and better understood,” Limbert remarks.

“No one had ever set foot inside Son Doong until 2009… and this latest discovery shows there are still an awful lot of things to uncover on this planet. It’s really exciting.”

Here’s a glimpse into the mysterious depths of Son Doong: