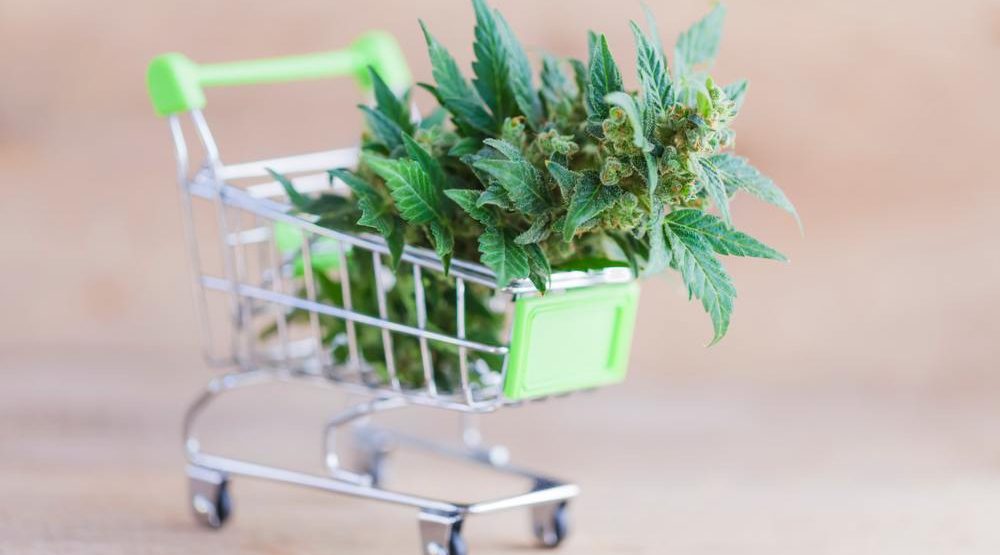 At Thursday’s City Council meeting, staff recommended that councillors allow cannabis retail stores to operate as a legal alternative, beyond the OCS, for purchasing weed in Toronto.

Toronto’s councillors, during a late sitting of the City Council, voted 20 to 4 to opt-in as a municipality, allowing pot shops to open in April 2019. 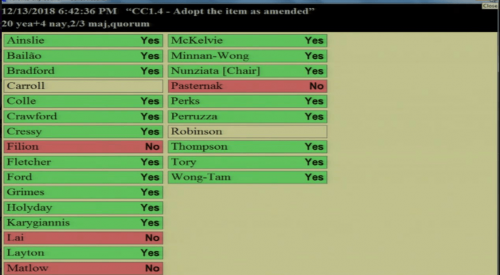 Screen capture of the council vote to opt-in. (YouTube)

Many during the meeting expressed frustration with the province’s timetable for making the decision, as well as the withholding of funds promised to municipalities to aid in enforcement from those that choose to opt-out.

“The deadline of January 22 is a statutory deadline,” said Mayor John Tory, in response to a member’s question. “We do have to make a decision before that.”

“There is millions of dollars that won’t come our way if we opt-out. [The province] told me very clearly if we opt out and then opt back in later we will not get that money.”

The council also chose to decline allowing individual wards from choosing to opt-out of allowing the stores and voted yes to request the province give cannabis revenue to municipalities.

The recent report from the City Manager said prohibiting pot shops in Toronto would limit residents’ access to legal and government-regulated recreational cannabis, adding that it would “have the unintended consequence of encouraging the illegal market to continue to operate.”

Thursday’s vote comes a day after councillors from Mississauga and Markham voted against having pot shops within their boundaries.

Mississauga Mayor Bonnie Crombie said: “Council feels there are still too many unknowns about the retail cannabis model and what it will mean for our city,” while Markham’s Frank Scarpitti said, “this decision was made to further protect the health and well-being of Markham residents and ensure local community needs and concerns are fully addressed.”

Similarly, Markham City Council say their decision was made to further protect the health and well-being of Markham residents and ensure local community needs and concerns are fully addressed.

“We still have a lot of unanswered questions about community safety, about the impact to families and children,” said Mayor Frank Scarpitti, in a statement. “This vote by Markham Council reflects the concerns we have heard throughout the community. We have taken this position with the previous government and we applaud the Provincial Government for giving municipalities the choice to opt out.”