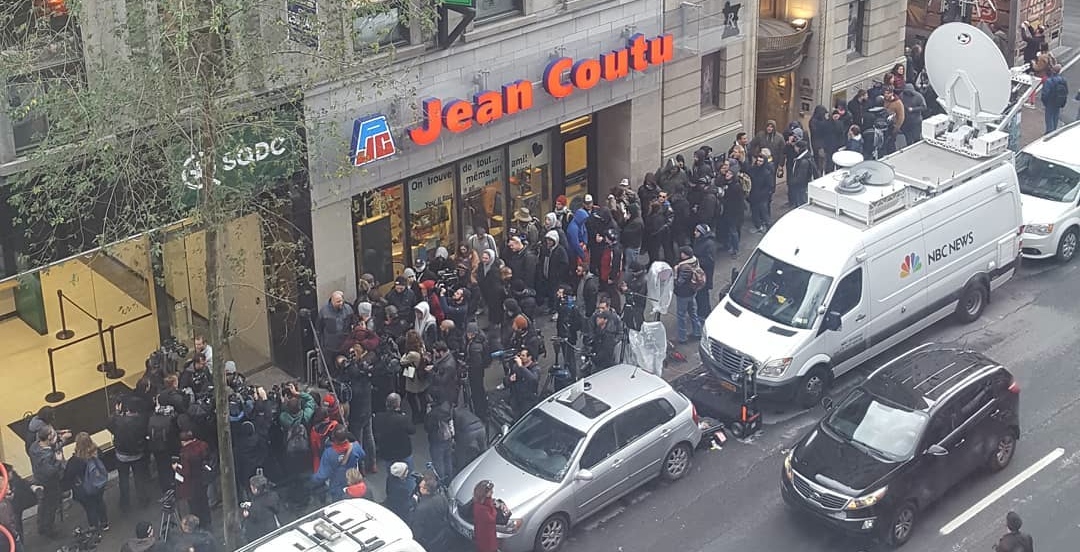 The historic day is finally upon us as the country has legalized recreational marijuana. The SQDC (Société québécoise du cannabis) opened its doors at 10 am and downtown Montreal’s cannabis store has had a lineup ever since.

Much like Beer Stores in Ontario, buyers will have to choose from various strains and then have their order filled by a store clerk. Clients will be able to choose between dried buds, ground cannabis, pre-rolled joints, cannabis oil, pills or oral spray, all at various prices.

The SQDC opened three outlets in Montreal and 12 across the province today. There are plans to open between 150 and 160 stores in the next two years across Quebec.

Until then, however, the SQDC shop on the corner of Peel and Saint-Catherine has amassed an impressive line that doesn’t seem to be slowing down anytime soon. The government-run cannabis stores close at 9 pm.

Social media was buzzing with pictures and videos of people trying to get into the joint.

The lineup outside the #SQDC in Downtown Montreal. It wraps around the corner on the left and continues on to the end of the street on the right. #canadacannabis #legalizationday pic.twitter.com/LkmNeGrflF

#sqdc Day 1 in #mtl lineup from Ste-Catherine all the way down and around René-Lévesque 😛 #legalizationday #canadacannabis pic.twitter.com/CKFmQmL7Hn

Lineup going around the block to buy pot in downtown Montreal, at 3 PM in the afternoon on the first day pot is legal in Canada. I wouldn’t risk driving in Montreal tonight! pic.twitter.com/jBszjlEknr