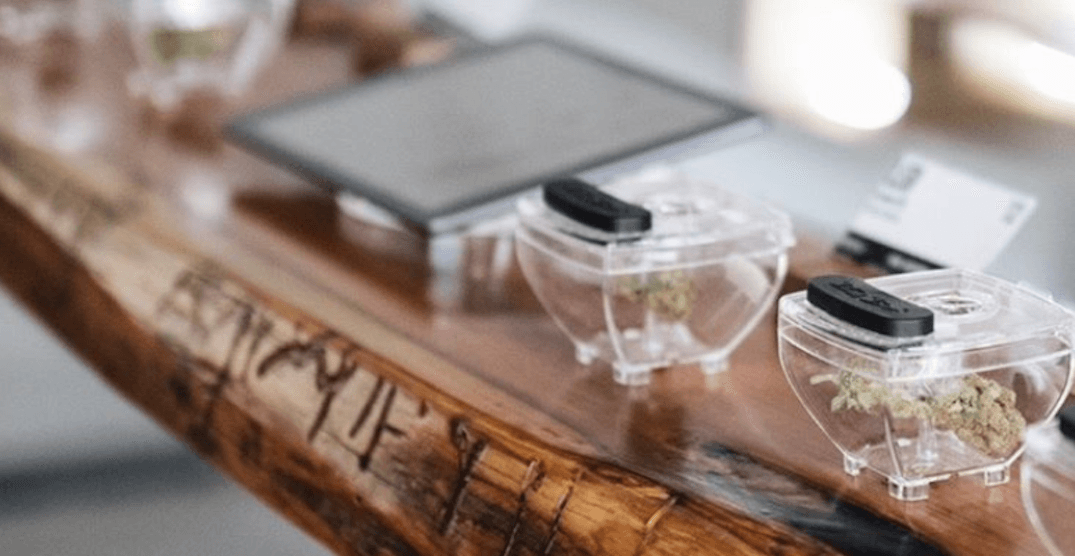 Legalization is right around the corner.

Come Wednesday, October 17, the recreational use of cannabis will become legal across all of Canada, from the beaches of Tofino, BC to the rocky shores of St. John’s, NL.

Zooming the map in a little closer to home will show only two brick and mortar stores opening for operation in Calgary come next Wednesday, though an entire list of cannabis shops will be opening across the province, according to a release from the Government of Alberta.

Six of these stores will be opening in Edmonton alone, while Medicine Hat will see three, Fort Saskatchewan will see two, and four other Albertan cities will be home to one shop of their very own on October 17.

One of the two Calgary stores will be Nova Cannabis at Willow Park, located at 252 – 10816 MacLeod Trail SE, as seen on a list from the Alberta Gaming and Liquor Commission (AGLC). 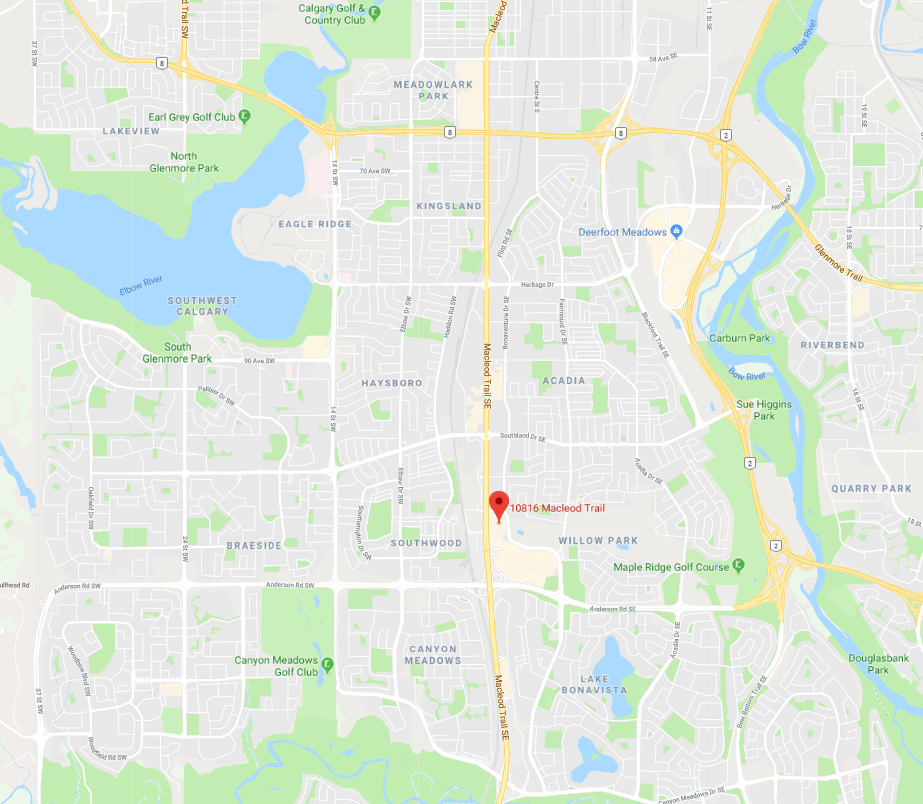 It is among one of five Nova Cannabis stores opening in Alberta this month, with two in Edmonton and one each in Fort Saskatchewan and Spruce Grove.

The other cannabis shop in Calgary will be 420 Premium Market at D290 – 9737 MacLeod Trail SW, which turns out to be just 1.5 km away from Nova Cannabis. 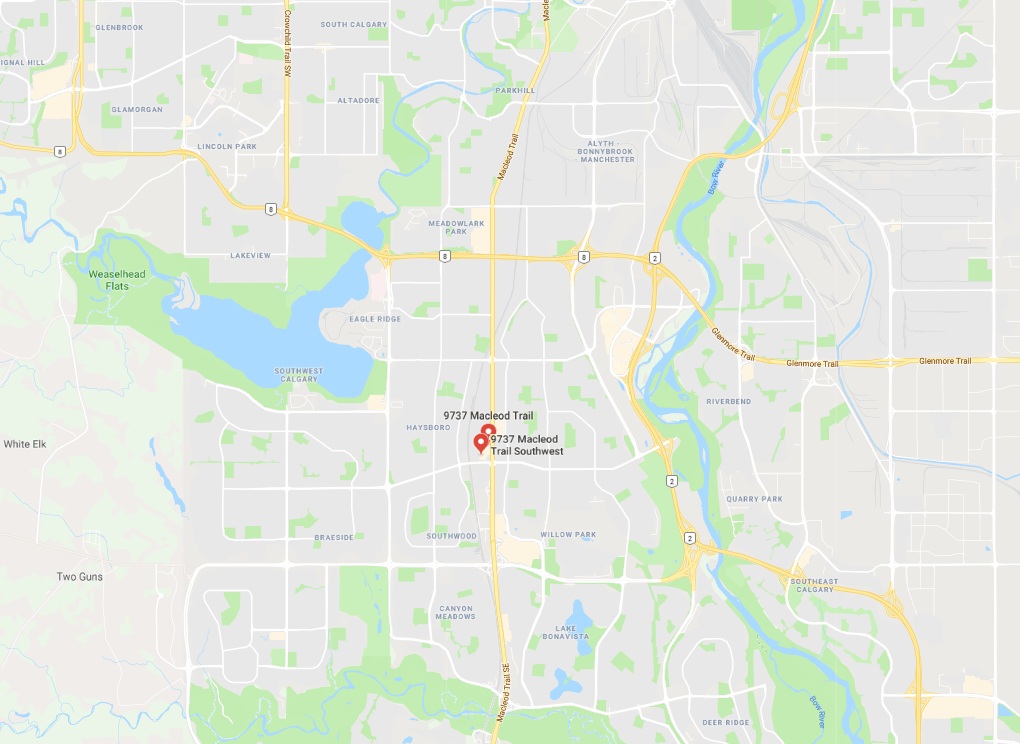 All told, there will be 17 operational cannabis stores in Alberta at the time of legalization, and more are expected to follow.

“We are immensely proud of the hard work that has been put in by AGLC employees to get us to this point,” said AGLC Vice-President of Regulatory Services Dave Berry in the release.

“On this significant day, we will have 17 retail locations open for business and we will continue to license retailers at a steady pace in the days and months following. In addition, Albertans of legal age will also have access to our online store at albertacannabis.org.”

According to the AGLC’s website, it will be the only place to legally purchase cannabis online starting Wednesday, meaning that all other online sales of the drug for recreational purposes will be illegal.

The release also states that roughly 250 stores are expected to open within the first year of legalization.

Here’s a list of all 17 Alberta locations that are opening on legalization day: 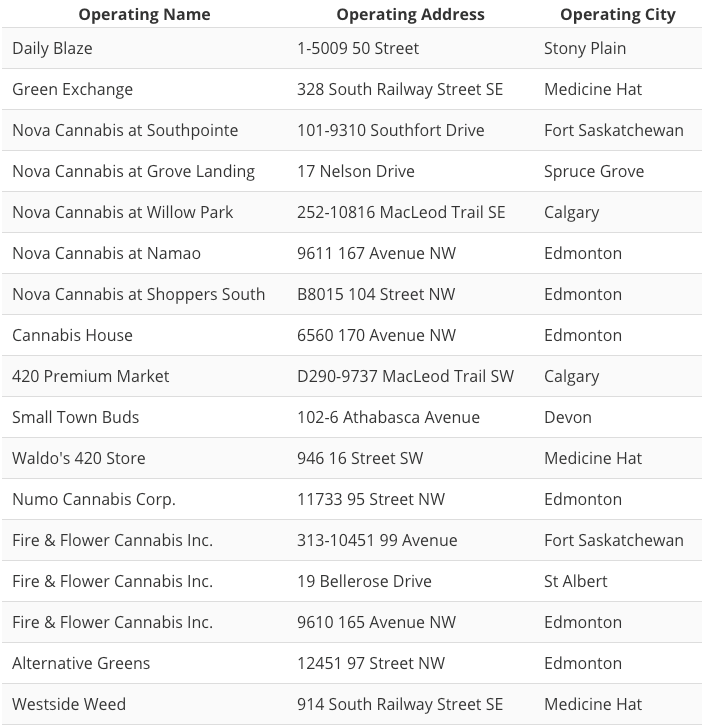