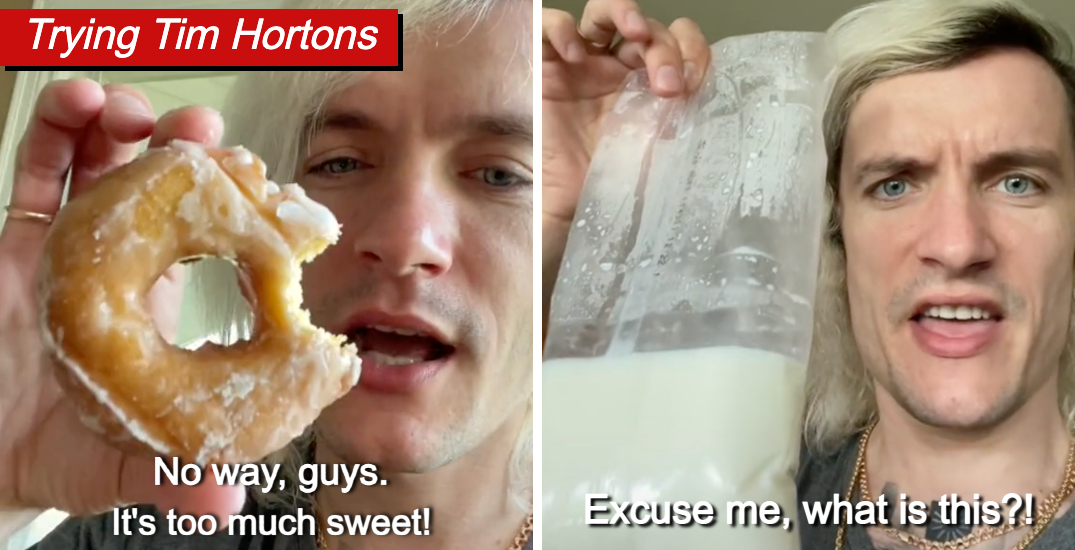 As Ukraine defends itself against Russia’s aggressive assault, Canada is welcoming thousands of Ukrainian refugees and immigrants to the True North.

One such refugee is 36-year-old Semion.

Semion arrived recently and is living in Cobourg, Ontario, with a Canadian family who welcomed his family to live in their basement at no cost.

In this dark and transitional time, Semion is taking a humorous approach reacting to his new home country, and sharing his observations, confusion, and questions about the Canadian lifestyle on TikTok.

@newcanadians TV is always on in all of the #Canada or it’s just this beautiful family’s thing? #refugees ♬ Inspirational song – Meditation Songs

Semion posted his first video to the platform on Thursday under the handle @newcanadians, asking why Canadians always have the TV on in the house. He has gained over 17,600 followers already, who are all charmed by the foreigner and frequently try to answer his questions.

“Why does every wall sound empty, the floor shakes, and the house is so ‘not soundproof?'” he asked in his second video. “I’m not complaining, it’s just really different here…”

Most homes in Ukraine, cities in Africa and Asia, and many other parts of the world have concrete floors and brick walls, so this is a pretty fair question.

Canadians — being Canadians, of course — asked Semion to try something from Tim Hortons, so he got a box of glazed donuts. And his facial expressions on the first bite said it all.

“Guys, thank you so much. So many welcoming and supporting messages and comments!” Semion said after his first couple of videos went viral. “This is really unexpected.”

A lot of his followers have asked how he managed to get out of Ukraine, given that the country is not allowing men over 18 years to leave so as to help fight the war. Some even crossed the line, telling him, “Go fight for your country.”

He explained that this rule does not apply to those with three or more children, and said he’d gladly listen to suggestions about what he should as a man with a family in a war-torn country — but only from those who have at least one child.

“Looking after your kids should be your top priority,” said one commenter. “And as a Canadian, I’m happy to have you here, safe with your family.”

Semion shared that he never wanted to leave Ukraine.

“In my 36 years, I’ve never thought of moving to a different country because I love Ukraine,” he said. “But the nearest future doesn’t look so good for kids and business development there.”

The TikToker invited Canadians to visit Ukraine when the war is over to see its natural landscapes and beauty.

Let’s try and answer the question that had Semion’s followers totally split in the comments.