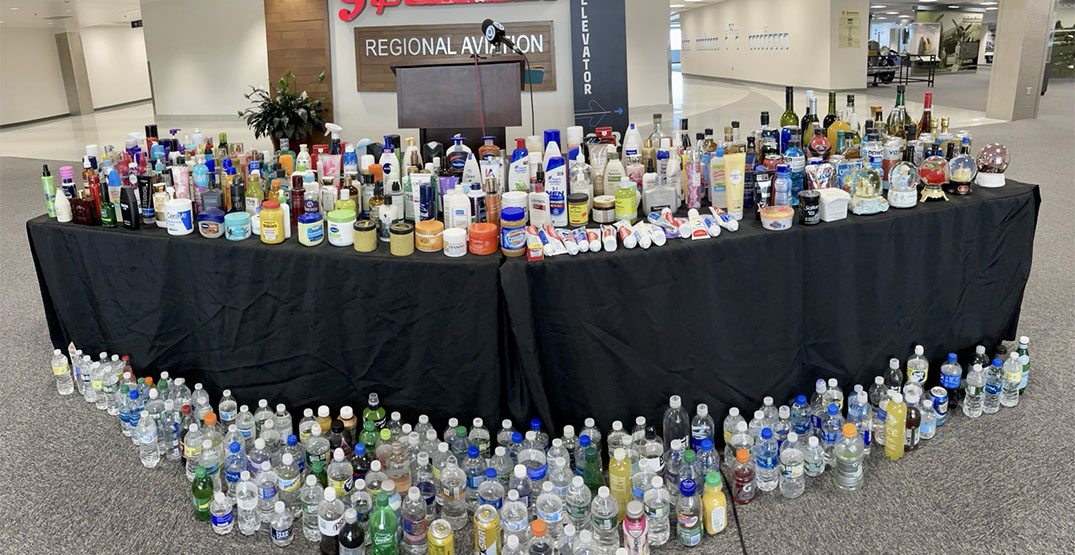 It appears some travellers forgot the ins and outs of flying during the pandemic because they’ve brought many, many oversized liquids in their carry-on bags — at least according to screening agents at a US airport.

Transportation Security Administration officers at Syracuse Hancock International Airport in New York created a display of all the forbidden liquids they confiscated in just three days, and the image of it has been widely circulated on Twitter.

“Display of oversized liquids, gels, and aerosols that travellers had in their carry-on bags at the ⁦Syracuse Airport,” TSA spokesperson Lisa Farbstein tweeted. “The limit for liquids through a checkpoint is [100 millilitres].”

Display of oversized liquids, gels and aerosols that travelers had in their carry-on bags at the ⁦@SyracuseAirport⁩ @TSA Checkpoint in a 3-day span. The limit for liquids through a checkpoint is 3.4 oz. pic.twitter.com/Fan95TLrLy

The display contained some oddities in addition to a plethora of water bottles and full-sized toothpaste sleeves.

Someone tried to bring on a jar of peanut butter, someone else a squirt bottle of cleaning spray, and many people thought large bottles of alcohol would make it through the checkpoint.

In addition, there’s Vaseline, Cerave cream, and an assortment of snowglobes.

Canadian Air Transport Authority [CATSA] staff say they’ve been dealing with a similar problem at checkpoints, too. One manager at the Ottawa airport said he’s had to confiscate handles of liquor — and was confused how a passenger could think that was less than 100 millilitres.

“The rules on liquids are not new,” he said, asking to keep his identity private because he’s not authorized by his employer to speak with media.

As swamped airport staff deals with traveller numbers rebounding to pre-pandemic levels, the manager asked passengers not to pack oversized liquids to help everyone get through the line quicker.

“That’s one of the biggest things that slow us down.”