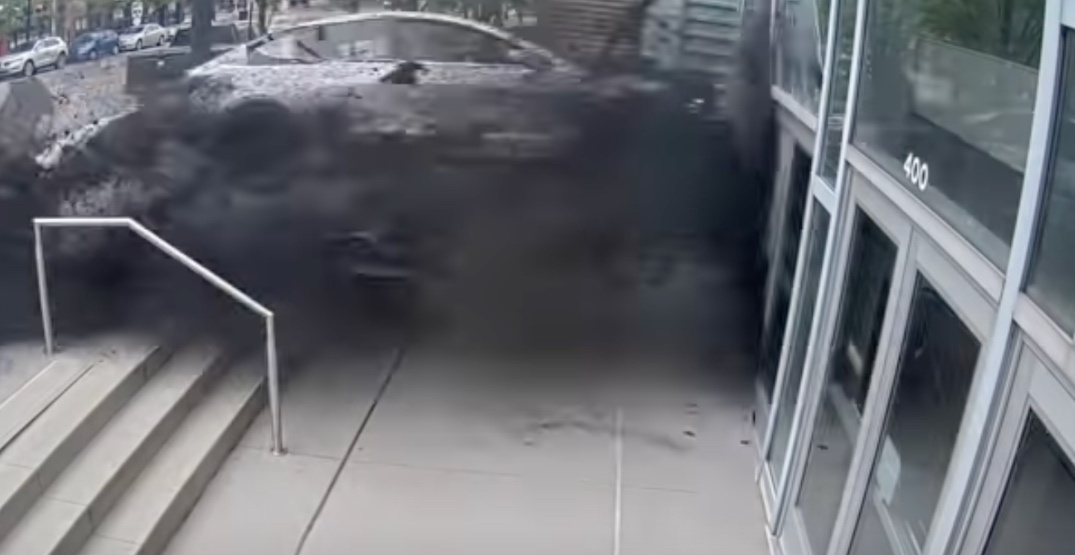 A viral video showing a Tesla crashing into a building at full speed will take your breath away.

According to The Columbus Dispatch, the video shows the Tesla zooming past traffic as it narrowly misses pedestrians before crashing into the Greater Columbus Convention Center in Ohio on May 4.

The crash happens so instantly that if you blink while watching, you might miss it.

A vehicle blows through a planter box, exploding dirt everywhere as it careens down some stairs and appears to evaporate into shattered glass as it mows into the building where it hits a steel support beam before spinning to a stop.

Per the Dispatch, the driver told police that the car lost the ability to brake and police reports aren’t clear on whether or not Tesla’s self-driving feature was enabled.

There have been a variety of reports of dangerous incidents involving Tesla owners in recent months. One Tesla drove itself into a jet, one was totalled as a Tesla Model S went 50 feet into the air as part of a stunt, and in March someone drove their Tesla through a shop’s window in Scarborough, Ontario.

Last year, a person was seen sleeping like a baby in the driver’s seat of their Tesla as it drove through Metro Vancouver. The car apparently has a feature that stops it in its tracks if the driver loses consciousness.