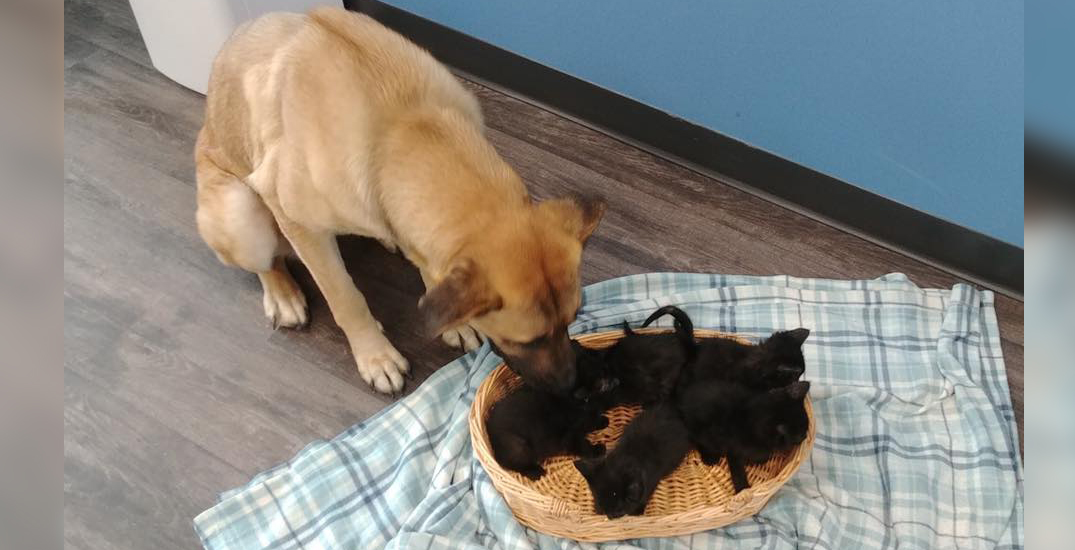 A stray dog from Ontario has won the hearts of people around the world for her heroic actions to save a litter of kittens.

The two-year-old dog was found at the side of the road cuddling five abandoned kittens and using her body heat to shelter them from the bitter cold.

According to a Facebook post from Pet and Wildlife Rescue, someone phoned the shelter and an animal control officer brought all the animals in to the shelter in Chatham-Kent. They shared heartwarming photos of the dog, now named Serenity, nuzzling the kittens at the shelter.

Since being rescued in mid-November, the kittens have been moved to a foster home until they’re old enough to be adopted. As for Serenity, she’s up for adoption now.

But the shelter said it has faced backlash for separating the animals. In a second Facebook post, Pete and Wildlife Rescue explained the kittens won’t be ready for adoption for another two months — and that’s too long for Serenity to wait in the kennel.

Staff describe the dog as having “the energy of a toddler” and being great with cats (obviously). But she does need some guidance from a dedicated family, they say. Serenity needs to improve her house training and learn not to jump up when she meets people.

Some people have commented on the shelter’s Facebook posts asking the family that ends up taking Serenity in to also adopt the litter of kittens.