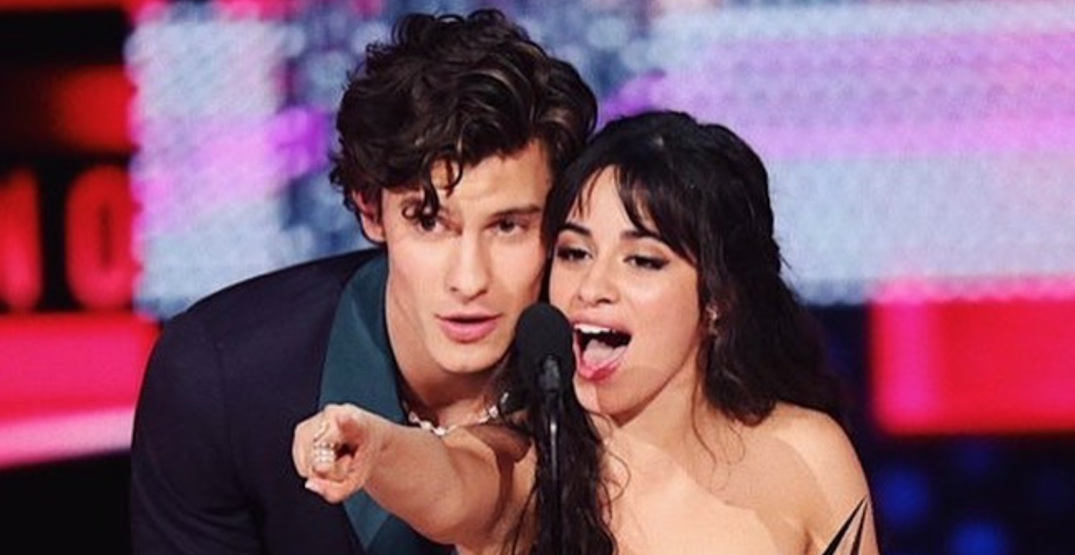 Canadian singer Shawn Mendes and his girlfriend Camila Cabello have officially called it quits after more than two years together.

The two pop stars issued a joint statement on their respective Instagram stories on Wednesday evening confirming the split.

“Hey guys, we’ve decided to end our romantic relationship, but our love for one another as humans is stronger than ever ❤️ we started our relationship as best friends and will continue to be best friends. we so appreciate your support from the beginning and moving forward❤️❤️❤️,” the announcement reads. 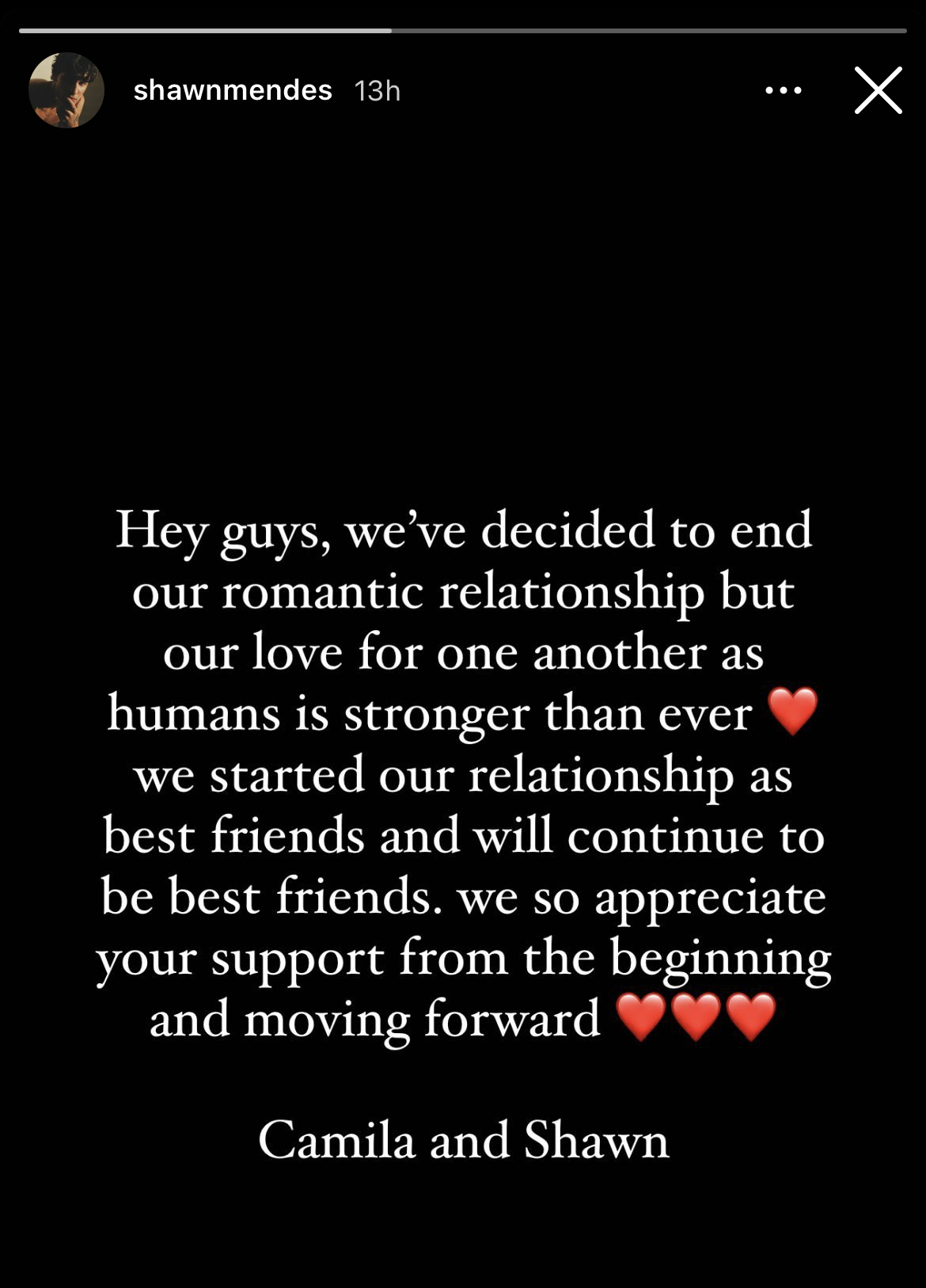 Pickering, Ontario-born Mendes, 23, and former Fifth Harmony member Cabello, 24, started dating in July 2019, and their relationship attracted quite a bit of attention from the get-go. They first sparked romance rumours after starring in the music video for their joint hit “Señorita” and were soon seen at red carpet events together where they were no strangers to PDA. In fact, in response to critiques of their kissing style, Mendes posted a very cringe-worthy video on his Instagram of the two sharing an over-the-top messy kiss.

The couple has also been spotted out in Toronto throughout the years, with Mendes owning a condo in the King West area. Fans posted about seeing them in the city, often walking their dog Tarzan, even as recently as August 2021.

There were rumours that the couple might be engaged back in 2020 after Cabello was spotted wearing a ring on her left ring finger, but she later confirmed during an interview on The Tonight Show Starring Jimmy Fallon that there wasn’t any truth behind the rumours.

Now that the two young celebrities are going through a very public breakup, they seem to be handling it very amicably.