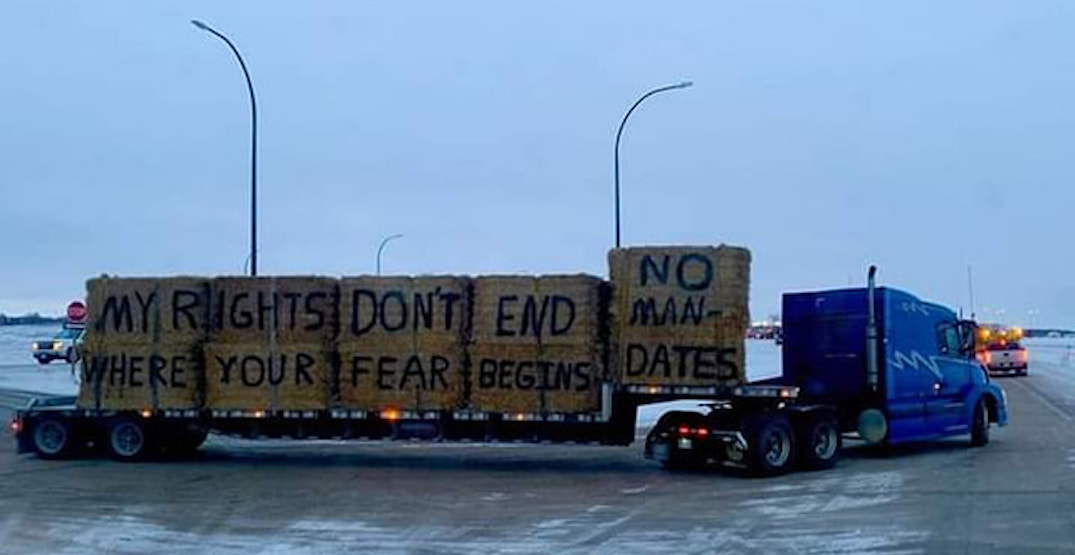 Officials are warning Ontario drivers to expect three days of traffic delays across GTA highways as trucks taking part in “Freedom Convoy 2022” make their way through the province.

In a social media update, Ontario Provincial Police Sargent Kerry Schmidt advised that the truck drivers, who are on their way to Ottawa to protest the vaccine mandate for cross-border truckers, will pass through the GTA beginning on Thursday and lasting until Saturday.

“We understand that these convoys may affect traffic flow,” Schmidt said. “There could be potential disruptions with that, so if you’re a motorist in that area, plan ahead, expect delays, avoid areas if you are aware of these delays that are coming through.”

Traffic Advisory: The #OPP is aware of potential traffic disruptions expected throughout the #GTA, including #QEW, #Hwy400, #Hwy427, #Hwy403 and #Hwy401. Traffic delays anticipated Thursday until Saturday. Please be patient and #DriveSafe. https://t.co/Z9KfAG4VF2

After raising over $5 million on GoFundMe, the convoy of trucks left British Columbia on Sunday, headed for the nation’s capital. Those participating have taken issue with the new mandate, implemented January 15, requiring all cross-border truck drivers to be fully vaccinated.

“Protestors do have the right to peacefully protest,” Schmidt said. “I know our provincial liaison teams are working diligently with the organizers to ensure public safety and traffic safety for everybody. We do expect drivers to maintain a sense of movement and keep the highways flowing for emergency vehicles and for other users of the highways.

“Officers will be monitoring and observing activities, and we understand our role in this is to keep our highways safe and our communities safe, and that is what we’ll continue to do.”

On Wednesday, Tamara Lich, the organizer of the Freedom Convoy 2022, denounced extremists who have affiliated themselves with the protest.

“I want to reiterate to you guys that if you see anybody in our convoy who is acting out of line, being aggressive or being an agitator, they are not with our group,” Lich said in a Facebook video.

And earlier this week, the Canadian Trucking Alliance denounced the protest against the vaccine mandate, stating that “such actions – especially those that interfere with public safety – are not how disagreements with government policies should be expressed.”