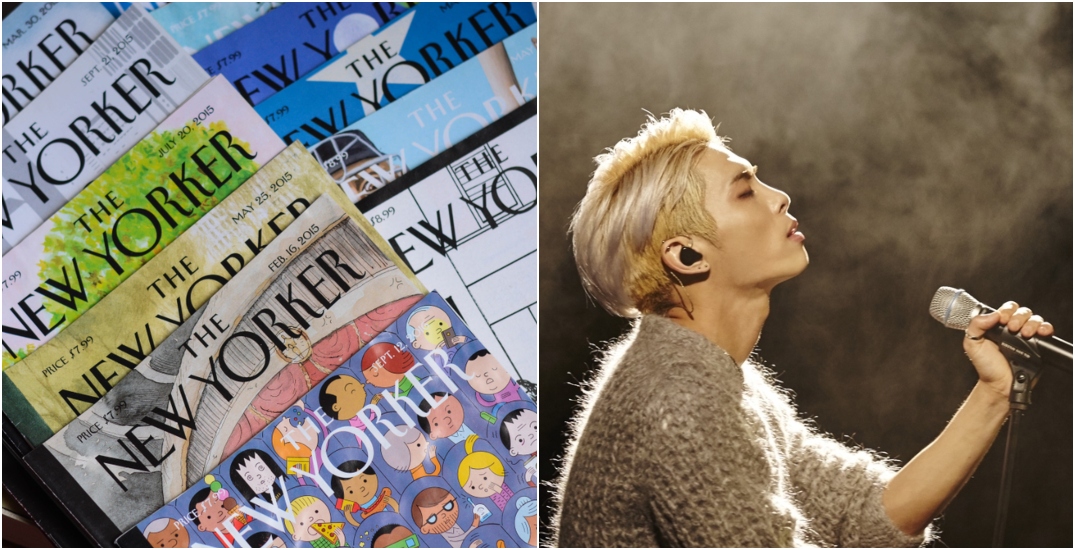 A story about BTS has many K-pop fans upset after the article mentioned the death of SHINee member, Kim Jonghyun.

On June 21, The New Yorker published an article titled “How BTS Became One of the Most Popular Bands in History.” The story recounts writer E. Tammy Kim’s “deep dive” into the fandom, stating, “To continue ignoring the BTS phenomenon was to risk missing something bigger than Beatlemania.”

I took a really, really deep dive into… @BTS_twt for @NewYorker—and found myself immersed in an incomparably rich subculture 💜

Thanks to all the ARMYs who spoke with me🫰🏽https://t.co/hPz2P7z3Bc

Kim shares her experience attending the group’s Las Vegas concert and their rise to fame.

“Before I knew BTS’s music, I knew of the members as envoys of well-being,” she writes. “In 2017—the same year that Kim Jonghyun, a singer in the K-pop group SHINee, died by suicide—BTS launched a campaign with UNICEF to combat violence against children and teens.”

Fans were angry by the context in which the late artist’s name was mentioned and took to Twitter to express their anger and disappointment using the hashtags #NewYorkerApologize and #TammyKimApologize.

Mentioning Jonghyun was completely “irrelevant” to the story, according to one K-pop fan.

“It may have been a ‘place-keeper’ event for her, but for fans it was a horrific day that still causes heartbreak,” she told Daily Hive.

Another pointed out that “Jonghyun’s death was placed in context of BTS’ work with UNICEF as if the two had a causal relationship.”

“They do not, and to imply they do is in terribly poor taste,” stated one fan who goes by the nickname Mousieta. “Fans are tired of seeing the death of a beloved human-being (one who had a reputation for kindness, generosity and social justice) being trotted out as a prop to elevate other groups or to denigrate an entire industry.”

Because of the article, Kim has also been receiving death threats, leading her to tweet:

However, one fan is urging others to stop sending “hate to the author” and is, instead, asking people to donate to a foundation set up in the artist’s name.

P.S. Do not send hate to the author. Journalists should have ethics and be opened to learning how to improve their writing, but in the end we have an opportunity to remind K-Pop fans of Jonghyun’s legacy and life. Not his death. But his kindness and accomplishments in life.

Daily Hive has reached out to E. Tammy Kim for a comment.