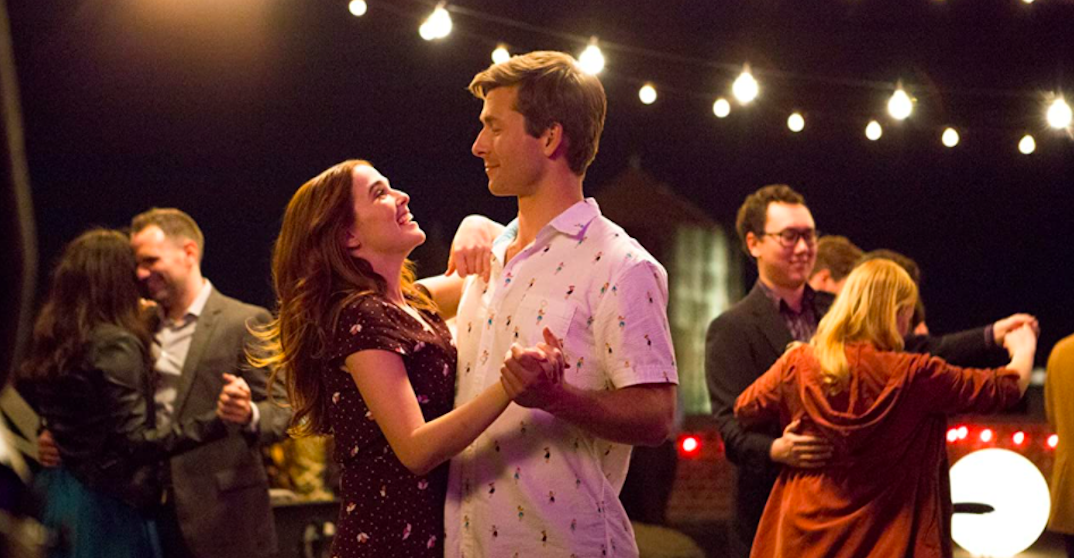 We could all use a good pick-me-up right about now. The world is upside down, we can’t hug each other, and our friends and family feel so far away. Thankfully, our pal Netflix Canada has a remedy.

You know, movies that uplift you, make you feel good, and turn that frown upside down.

We’ve put together some of the best happy movies to watch on Netflix, ranging from comedies to blockbusters and indie flicks.

You might cry, you might smile, or a little of both. Here are some feel-good Netflix movies to make you, you know, feel good.

A struggling salesman takes custody of his son as he’s poised to begin a life-changing professional career.

Willowdean (“Dumplin”), the plus-size teenage daughter of a former beauty queen, signs up for her mom’s Miss Teen Bluebonnet pageant as a protest that escalates when other contestants follow in her footsteps, revolutionizing the pageant and their small Texas town.

Desperate for a breakthrough as she reaches her 40s, struggling New York playwright Radha finds inspiration by reinventing herself as a rapper.

It’s tough for a documentary about the general well-being of our planet to be considered uplifting, but Kiss the Ground has done it by following a revolutionary group of activists, scientists, farmers, and politicians band together in a global movement.

This classic flick follows a gifted girl forced to put up with a crude foster father and mother, not to mention the horrible Trunchbull.

Reunited after 15 years, a famous chef and a musician feel old sparks rekindle as they start to wonder — maybe?

After a stint in a mental hospital, Pat moves back in with his parents and tries to win back his wife until he meets a woman who’s as unstable as he is.

Kit, a twenty-something dreamer, receives an invitation that would fulfill her childhood dreams.

In the forests of the Pacific Northwest, a father devoted to raising his six kids with a rigorous physical and intellectual education is forced to leave his paradise and enter the world, challenging his idea of what it means to be a parent.

While navigating their careers in Los Angeles, a pianist and an actress fall in love while attempting to reconcile their aspirations for the future.

Uplifting flicks don’t have to solely be live-action. When a little girl befriends an eccentric aviator, he tells her tales about the adventures of an unusual boy who lived on an asteroid.

When Enola Holmes, Sherlock’s teen sister, discovers her mother’s missing, she sets off to find her, becoming a super-sleuth in her own right as she outwits her famous brother and unravels a dangerous conspiracy around a mysterious young Lord.