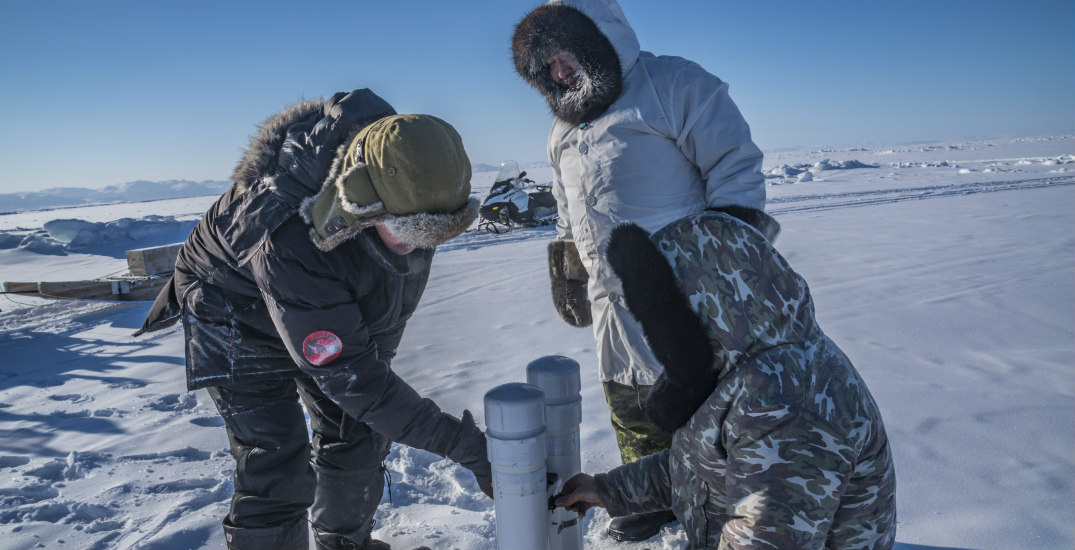 The impacts of climate change are evident across many facets of our natural world, and since satellite measurements began in 1979, arctic sea ice volume has declined significantly.

“Sea ice is vital to life in the North, as it essentially serves as a highway for people to move supplies and travel the land and hunt for food,” Carolann Harding, chief executive officer at SmartICE, tells Daily Hive.

She explains how sea ice has become less predictable through the effects of climate change, which is subsequently “increasing travel risk and fear for Indigenous and northern communities who rely on it.” 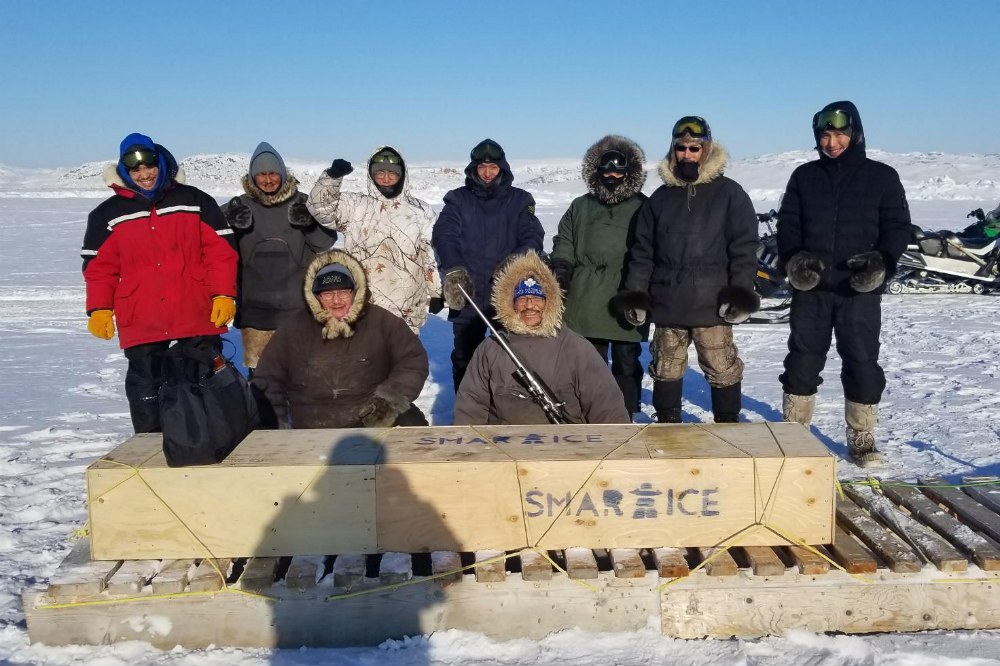 While Harding says traditional knowledge is what will ultimately keep communities safe on the ice, data from SmartICE technology is another tool that can be used. “Community management committees determine where the technology will be deployed based on frequently used trails, and locally trained community operators are hired and deploy the technology.”

The SmartICE team is actively documenting Elder knowledge of the seasonal ice cycle and ice conditions. “While sea-ice data are collected, mapped, and shared by federal government agencies, their focus is primarily on shipping,” says Harding. “SmartICE is bridging this knowledge gap through the production of ice travel safety maps produced by northern SmartICE community operators that can be used to help communities make more informed decisions for local travel.”

She continues, “Through ice terminology workshops, community members share their knowledge. Information from these sessions will be turned into ice travel safety products and booklets that will be distributed widely in both Inuktitut and English for generations to come.” 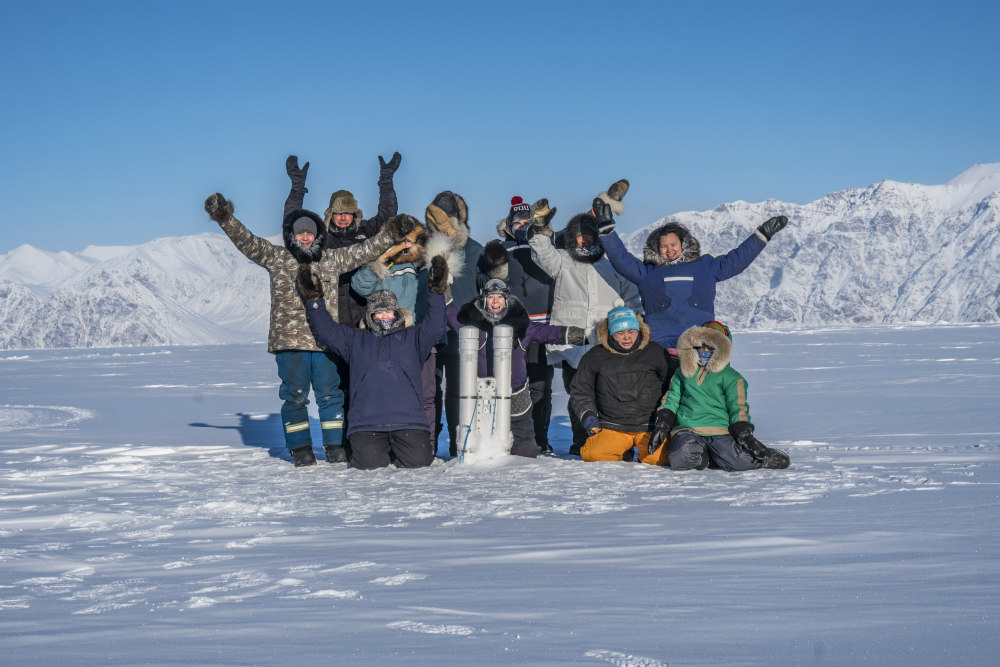 In terms of providing support on a community level, Harding says SmartICE is using its WISE approach to empower communities with the tools, training, and support they need to “tackle changing ice conditions.”

To date, the impact of the project has been “felt on many different levels across Inuit Nunangat.” Part of the reason for this success, Harding notes, is grounded in one of SmartICE’s founding principles — to empower Inuit to lead in all aspects of operations and decision-making.

“We harness the vast potential of Indigenous women and men — especially youth — to embrace science, technology, and traditional knowledge as a vehicle for sustainable employment, economic development, and well-being in their communities.”

In three years, SmartICE has trained and employed more than 100 Inuit as producers, operators, and technicians of its technology. “During the 2019 to 2020 ice season in Nunavut, 46 operators were trained, 33 youth were employed, and over 5,600 employment hours were earned.” 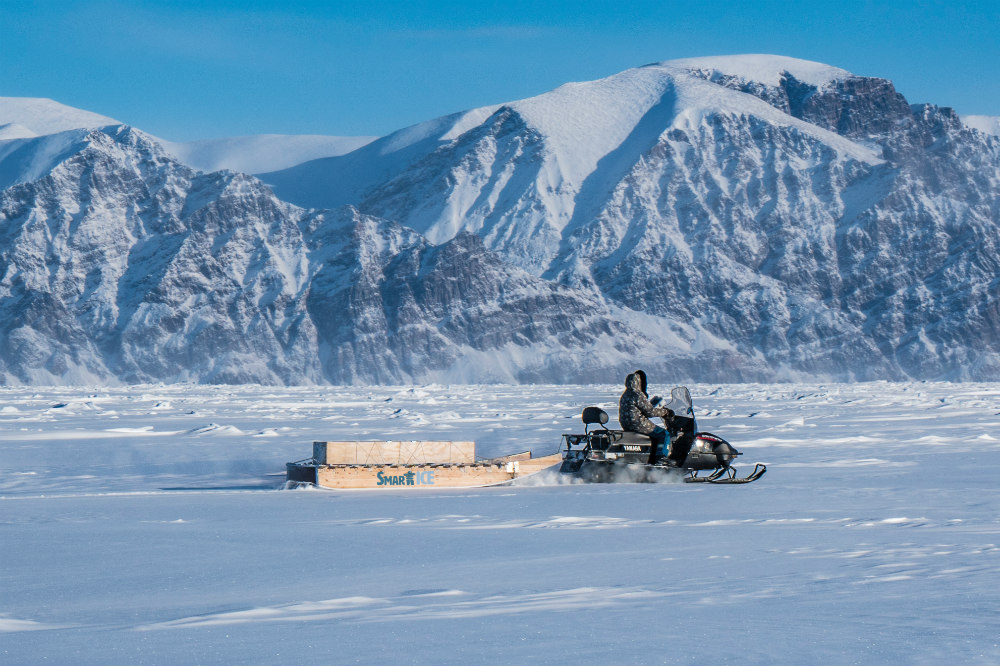 Harding describes SmartICE as “a national climate change solution for northern communities.” Since 2017, it has expanded to 24 communities and established northern operation centres in Nain, Pond Inlet, and Gjoa Haven.

Between 2022 and 2023, SmartICE anticipates expanding to 30 communities across Inuit Nunangat and doing demonstrations in at least six First Nations communities that rely on freshwater ice travel on lakes and rivers in the Yukon and Northwest Territories.

Today, SmartICE employs more than 25 full- and part-time team members (including interns), with 40% of staff identifying as Indigenous. Being a work-integrated social enterprise, it hires and trains local community members to operate ice monitoring technology for the duration of the ice season, which can see its team sitting at upwards of 100 people.

“We also hire Indigenous youth who are not in education, employment, or training (‘NEET’) to locally manufacture and deliver SmartICE’s advanced sea-ice environmental monitoring systems through the Employment Readiness and Technology Development Program at the Northern Production Centre in Nain,” says Harding.

The CEO pays a special mention to the Arctic Inspiration Prize (AIP) that provided SmartICE with the seed capital to leverage other funds and launch as a social enterprise. The AIP is the largest annual prize in Canada, awarding approximately $3 million in prize funding each year for Northern projects that address the immediate needs of Northerners and their communities, as identified by Northerners themselves.

“Being an AIP laureate has given SmartICE an instant network of like-minded individuals and organizations that have aligning values,” Harding tells us. “We have been able to find partners and supporters in other laureates across the country. Connecting into the network of supporters has been very beneficial, and in return, SmartICE is committed to championing the AIP.” 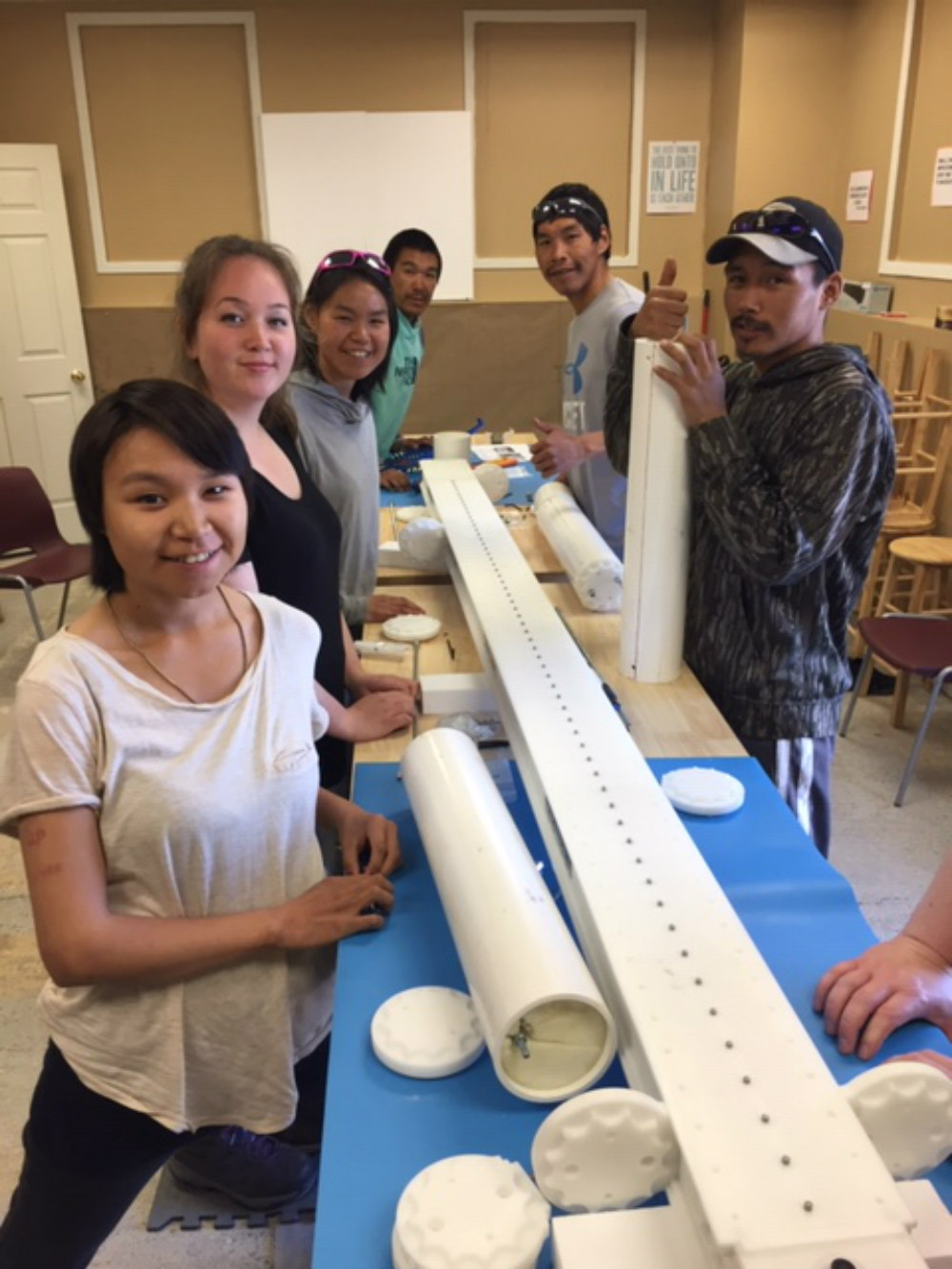 President and CEO of the Rideau Hall Foundation (RHF), Teresa Marques, tells Daily Hive it’s inspiring to be a catalyst within each laureate’s journey.

“The RHF is honoured to serve as the behind-the-scenes delivery partner for the AIP. Our team is energized by helping to grow the prize, making connections with funders, and helping to build the capacity for the AIP to become self-sustaining, fully managed, and implemented from the North.”

The RHF is a community partner in RBC’s multi-year commitment to preserving our natural ecosystem: RBC Tech for Nature. This partnership has led to the creation of the RBC North Star Technology Accelerator to provide additional support for AIP laureate projects upon completion of their initial funding.

“Given how quickly technology is evolving and the speed with which teams like SmartICE are growing and scaling, the RBC North Star Technology Accelerator offers them access to additional funds, resulting in even more impact across the North,” says RHF Director of Indigenous and Northern Relations, Bill Mintram.

“In the case of SmartICE, they have been able to acquire additional technology that will support community engagement, ice mapping, and creating parts for their ice measurement devices through new 3D printers. Over and above this technology support, we are also working with SmartICE in supporting their endeavour towards registering as a charity for parts of their operations,” Mintram adds. 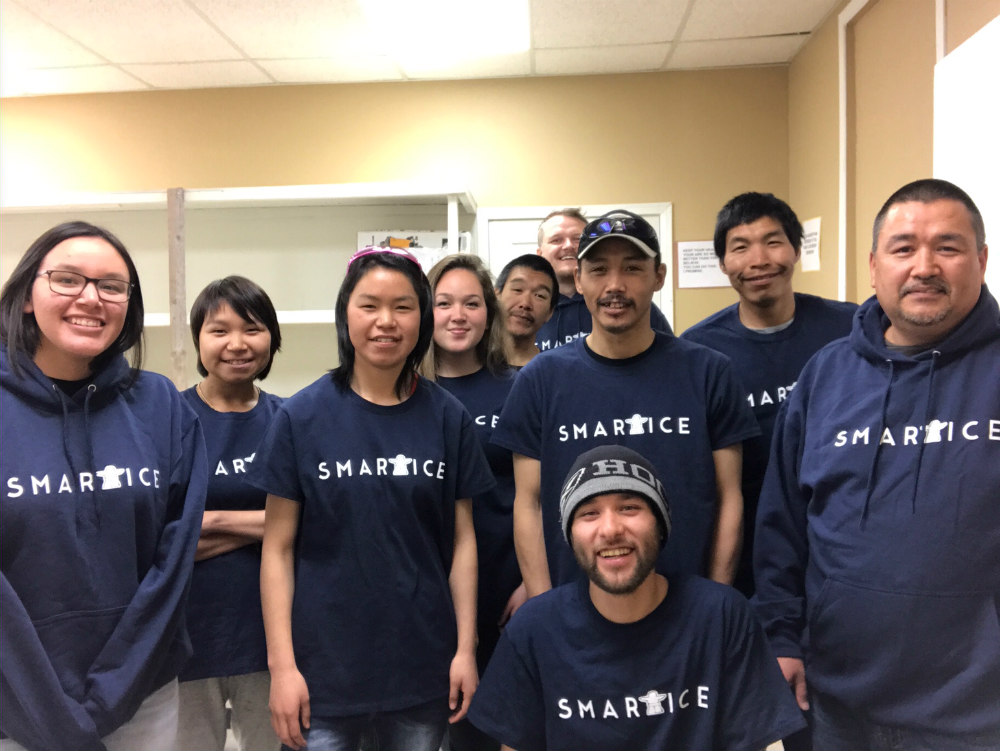 “We’re proud to be working alongside the Arctic Inspiration Prize and the Rideau Hall Foundation to help organizations such as SmartICE develop real-world, scalable solutions to tackle the challenges that continue to plague our environment,” says Vice-President of Social Impact and Innovation at RBC, Mark Beckles.

“At RBC, we believe that climate change is one of the most pressing issues of our time,” adds Beckles. “We are committed to bringing the power of innovative technologies to address mounting environmental concerns while also helping to build capacity within our network of community partners and providing opportunities for young people to prepare for and embrace the future of work.”

Those who are interested in applying for a position with SmartICE can reference the company’s website. To learn more about the AIP and its laureates, visit arcticinspirationprize.ca. You can also discover more about the RHF and its nation-building programs on their website.

Lastly, for more on RBC Tech for Nature and its inspiring partner stories, check out the content hub here.