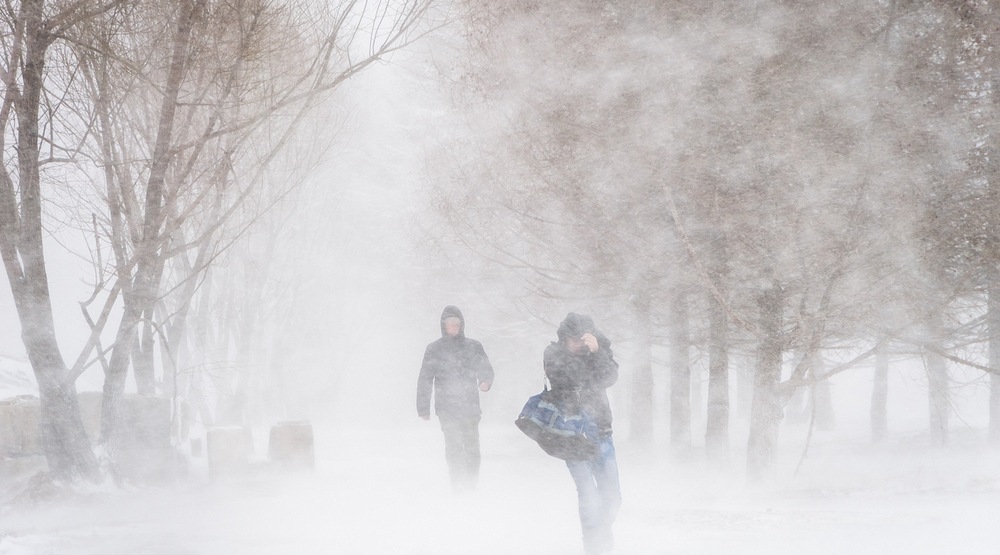 This weekend is going to be a wild one.

Both Environment Canada and The Weather Network are warning of a serious shift in the weather starting this Friday, and while Calgary isn’t expected to see much snowfall, other parts of the Prairies won’t be so lucky.

Environment Canada is warning that residents in the regions can expect “a long duration snowfall event starting the afternoon of Friday, September 27 through Monday, September 30.”

A total accumulation of 15 to 30 cm of snowfall is expected for portions of southwestern Alberta by Monday, though it was also noted that there could be a total of over 50 cm for the extreme southwest corner of the province, where “upslope flow will enhance snowfall along higher terrain.”

Trees may break, travel will become hazardous, and visibility will be reduced due to rapidly accumulating snow, the warning states.

The Weather Network appears to have dialled in what each community can expect over the weekend, with Calgary seeing roughly 5 to 10 cm of snowfall by Monday, Medicine hat at 5 to 15 cm, Jasper at 5 to 15 cm, and the area south of Lethbridge seeing an alarming 30 to 60 cm expected. 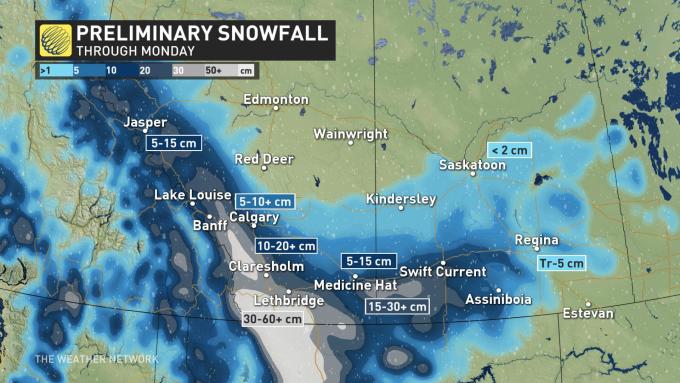 “This may be the most snow you see through the fall, and even the winter months through this season ahead,” said Weather Network meteorologist Tyler Hamilton in a recent post on the site.

This weekend’s snowfall may just break some long-held snowfall records —  and we’re only one week into fall.