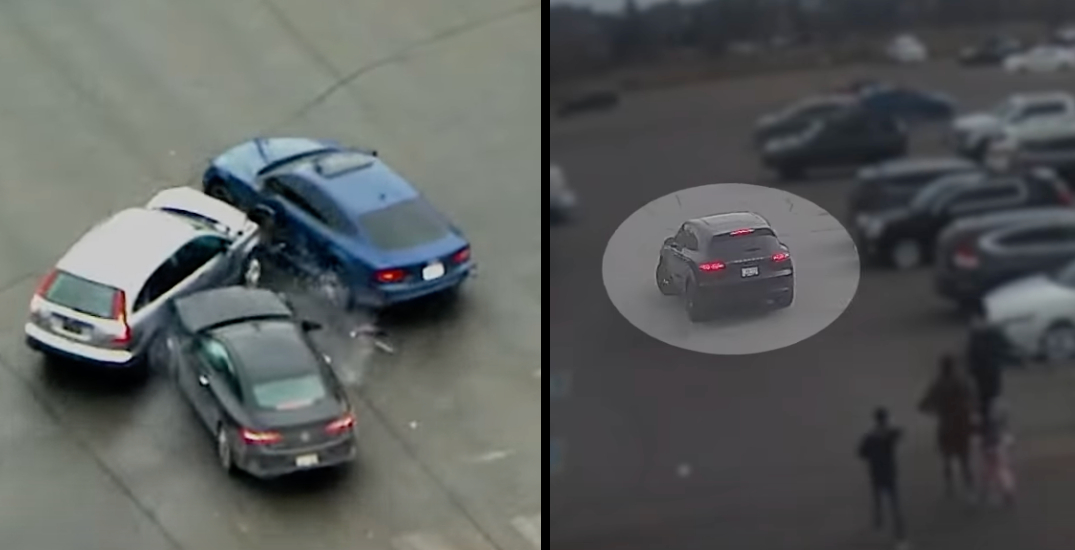 Police have shared a horrifying clip showing several violent carjackings, after an increase in similar crimes in the Greater Toronto Area.

Posted yesterday on the official York Regional Police (YRP) Instagram and YouTube pages, the video is a compilation of police footage taken during numerous instances of carjacking.

Most are violent and reckless, endangering the lives of car owners and/or those aboard the vehicle at the time.

The problem has gotten so bad, the YRP is holding an AMA to educate the public about the “emerging trend” of violent carjackings, and sharing tips on prevention and safety for the community.

It says police services across all GTA regions are reporting a rise in such crimes and that carjackings have doubled since 2019. They’re in the thousands.

One thief crashed through a car owner’s garage door to make a run for it, another appears to be stealing a car from a busy public parking lot, yet more individuals are seen organized in groups to commit the crime.

“Carjacking incidents often have threatening or actual elements of violence, where the suspect approaches the victim and steals their vehicle,” a YRP statement aimed at educating the public reads.

“A theft occurs when the vehicle is stolen when it is left unattended. Aspects of these offences can vary, but in both cases, criminals are looking for the opportunity to take the most valuable vehicles they can find, as quickly and easily as possible, to then sell for profit.”

YRP reports that most carjacking incidents occur during the twilight hours of 12 am and 6 pm. Even though more than 65% of carjackings were resolved quickly — with arrests made, charges laid, and vehicles recovered — criminals are constantly advancing and finding new methods to nab vehicles.

Most of the incidents, police say, occur during the twilight hours between 12 am and 6 am.

Officials released the following tips to help car owners ramp up their safety.