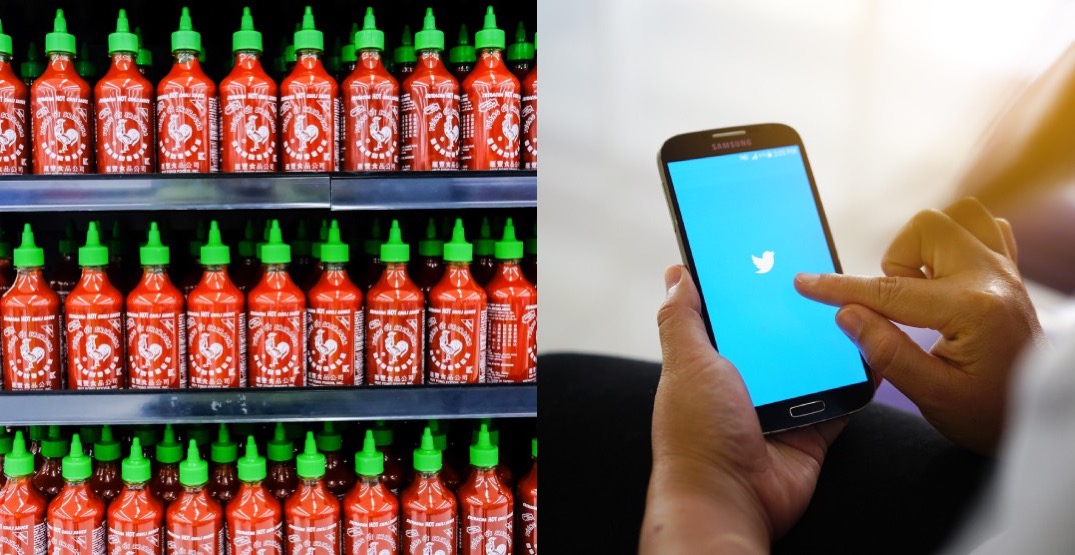 The recently announced Sriracha shortage was scary news to anyone who uses the popular hot sauce on everything.

Huy Fong Foods recently announced that there was a “severe shortage of chili” and that the company would have to halt production on some of its most popular items, most notably, Sriracha Hot Chili Sauce.

Twitter was definitely the place people could vent about the disruptive announcement.

Twitter reactions included everything from people incredibly worried, not caring at all, and even hoarding bottles before shelves run empty.

These are some of the best Twitter posts, comments, and replies to the ongoing Sriracha shortage crisis.

this is what fear looks like in a sriracha shortage pic.twitter.com/O6jP49Dptx

“I think this is the biggest news of the night and is going to piss off people more than the formula shortage…” @thehoffather posted on Twitter.

“Bitchhhh they’re discontinuing sriracha ?!!???? Take me OUT I refuse to live like this,” commented another user.

“This is not a drill if you like sriracha (everyone does), you need to stock up,” tweeted another.

Stocking up seems to be a common thread with people on social media, with one user even tweeting out a PSA in favour of it. “PSA: They are suspending sriracha production due to a severe chili shortage! Stock up if you love sriracha like me!”

People are selling Sriracha for $35 a bottle on @eBay pic.twitter.com/qV7LTTgtNJ

Reid Wilson had some advice for people instead. “Hot take (see what I did there?): Sriracha is overrated. Tapatio is underrated.” So maybe people can try that out instead?

There were some Twitter users who weren’t in panic mode, like @frankvince who tweeted out “Why is sriracha so popular? It has the worst flavor of any hot sauce.”

Other Twitter users just blamed it on politics, like @BobbyMilone29 who tweeted that “Biden needs to be impeached” while author Tim Mak tweeted, “brb frantically researching whether the Defense Production Act can be used to bolster domestic Sriracha stocks.”

Another user also tweeted, “I’m not saying it’s Biden’s fault, I’m just saying that in Trump’s America we didn’t have a Sriracha shortage.”

They about to start selling sriracha on the Black Market for $50 a bottle.

It’s unclear when Huy Fong Foods will be ready to start production again, but it looks like it could be September at the earliest.

Pepper shortages due to a drought may be threatening the world’s supply of sriracha sauce. Okay, forest fires yes, floods, absolutely, but now these climate change effects are getting SERIOUS.