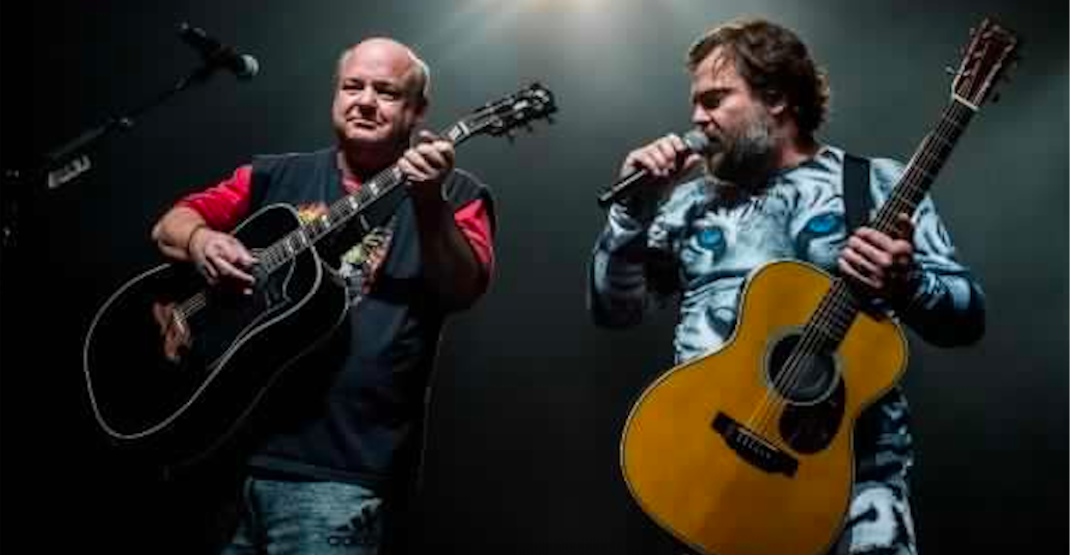 It was announced last month that the musical comedy duo of Jack Black and Kyle Gass will be taking over the Grey Eagle Event Centre on December 10 at 8 pm.

Now, due to what has been described in a release as “overwhelming demand,” the duo have decided to add a second show to their Calgary stop, as tickets have sold out to the December 10 show.

The added show will actually take place before the initially announced date, starting the Calgary shows off on Sunday, December 9.

The band had a variety series on HBO that aired in 1999. Their self-titled album was released in the fall of 2001 with Epic Records and was quickly certified gold. It has since reached platinum-selling status.

The duo completed their first feature film together, Tenacious D in the Pick of Destiny, for New Line Cinema, which was released in November 2006.