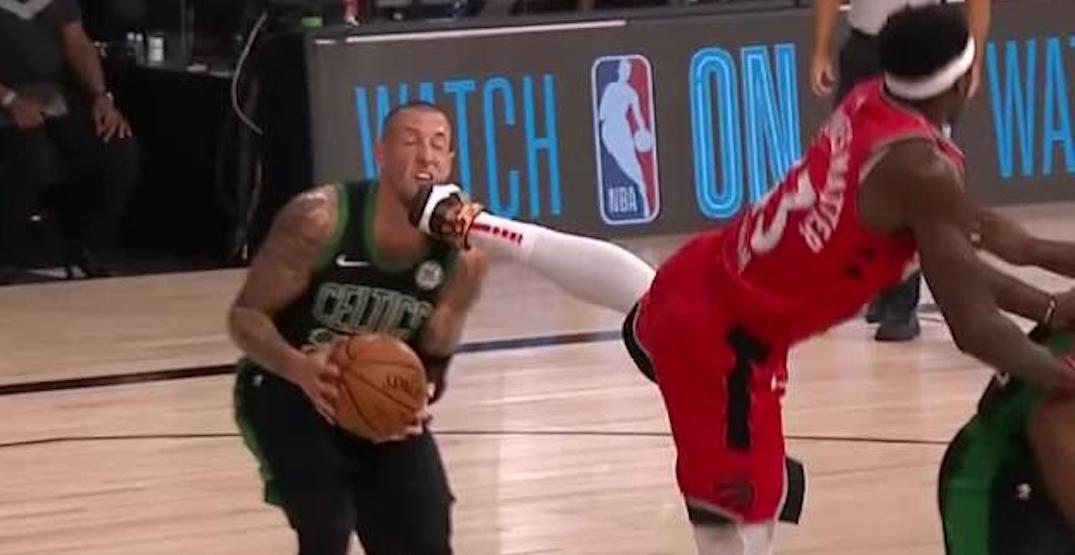 In a game full of frustration for fans, the Toronto Raptors did deliver one moment to make fans smile during Monday’s loss to the Boston Celtics.

It wasn’t a reason to smile for Celtics centre Daniel Theis of course, as Pascal Siakam inadvertently kicked the 6-foot-8 centre in the face in Game 5. In mid-air, Siakam was knocked off balance by Boston’s Kemba Walker, causing the Raptors forward’s leg to kick out to stick the landing.

It was a bizarre play that reminded everyone of Shawn Michaels — the legendary WWE pro wrestler. Siakam’s kick was oddly reminiscent of Michaels’ old finishing move, Sweet Chin Music, so the memes were out in full force.

So the Raptors suck tonight but on the Plus Side Pascal Siakam becoming Shawn Michaels is something that I thought I'd never see.

There it is Sexy Boy, Sweet Chin Music right on cue. pic.twitter.com/MSLiCc7qcd

The move got the attention of the Heartbreak Kid himself, who jokingly appreciated the homage to his WWE career.

Well, while I APPRECIATE you’ve been watching my old @WWE tapes, you may run into issues hitting sweet chin music on an @nba basketball court!! 🤣 @Raptors https://t.co/QeWYXA6WPf