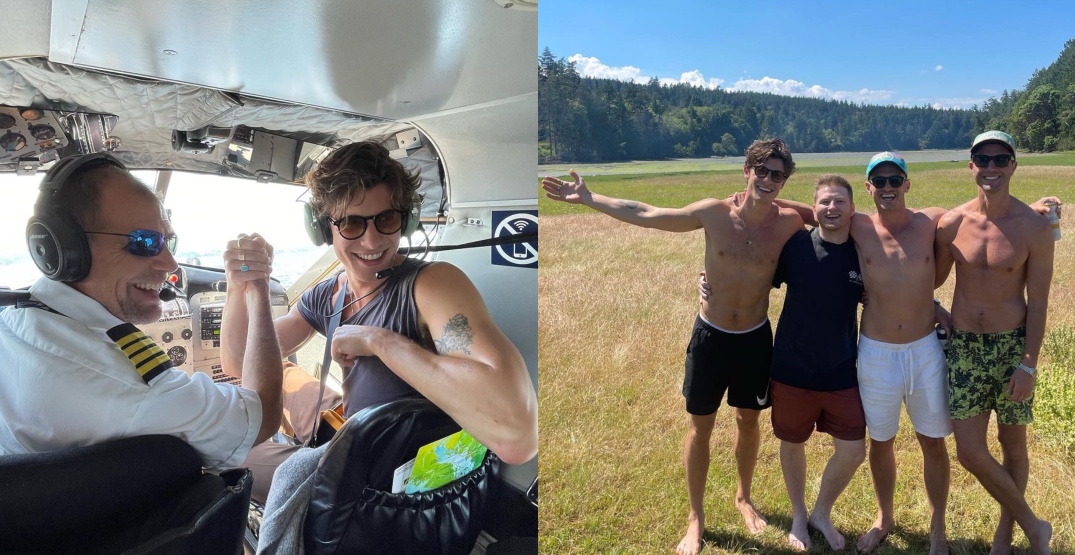 Shawn Mendes made the most of the Canada Day long weekend as he and his crew took an epic trip.

The Canadian pop star is in BC and will play at Rogers Arena on Saturday, July 2, as part of his Wonder World Tour.

But there was nothing holding him back from enjoying his Friday off with friends.

According to posts on social media, it looks like Mendes might have jetted off from Vancouver to chill on Vancouver Island and Galiano Island with a group of friends on Canada Day.

In an Instagram dump, you can see Mendes riding shotgun in the cockpit of a Harbour Air plane. He also shared some shots of him in his trunks with friends overlooking stunning blue waters surrounded by lush green rainforests – the kind of swimming spot you can find in BC.

From Instagram stories and posts by him and his crew, we can piece together the rest of Mendes’ Canada itinerary.

It looks like the crew took a flight from Vancouver to Victoria, and then took a boat to Galiano Island.

While the rest of us non-superstars might take the ferry to Galiano, it’s a popular summer tourist destination for Vancouverites just a couple of hours away from the city.

On the way, it looks like they may have stopped at a diner in Sidney on Vancouver Island where they had some beers, according to Mendes’ Instagram stories.

Hopefully, Mendes got lots of time to relax and make memories with friends because now he’s got a tour to complete.

After Vancouver, he’ll go on to play Calgary, Edmonton, and Winnipeg before going to the US for a couple more shows.