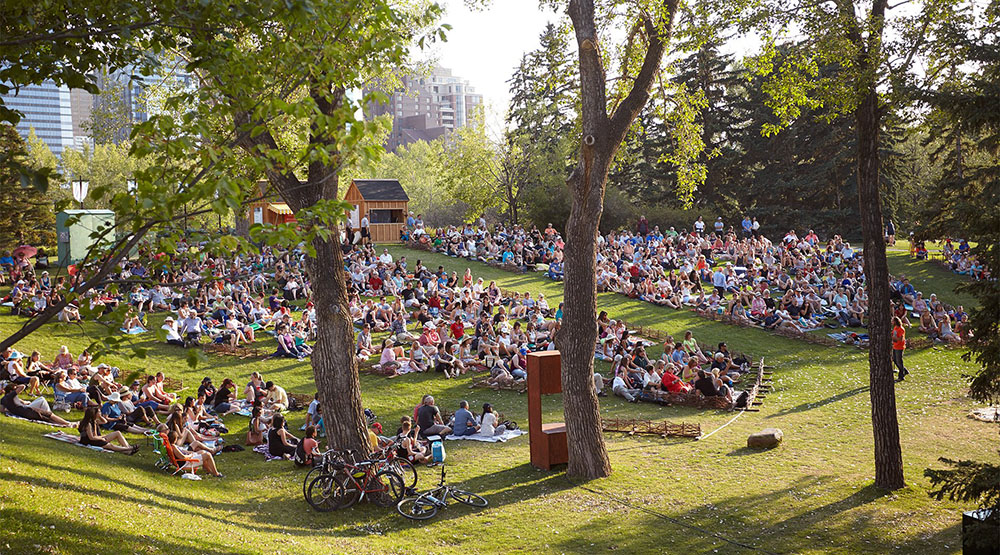 ‘The fool doth think he is wise, but the wise man knows himself to be a fool.’

Theatre Calgary is bringing As you like it outside starting Tuesday, June 20, as it begins its annual outdoor performances of Shakespeare by the Bow.

Follow the brave heroine Rosalind, and her cousin Celia, as they escape the rigid rules of court life for the wilds and freedom of the Forest of Arden.

Here, they will fall in and out of love, encounter one of Shakespeare’s greatest fools, and discover the value of true friendship.

See Alberta’s emerging actors at Prince’s Island Park from June 20 to August 27 but note there are no performances on Monday evenings.

Shakespeare by the Bow is a pay-what-you-will and non-ticketed event, so you can just turn up with a blanket and picnic and settle in; the suggested donation is $20 per adult.

All funds go towards the Shakespeare by the Bow program providing mentorship and support for Alberta’s emerging theatre artists.

When: Runs from June 20 to August 27, every day except Mondays; performances at 7 pm, with an extra 2pm matinee on Sundays.