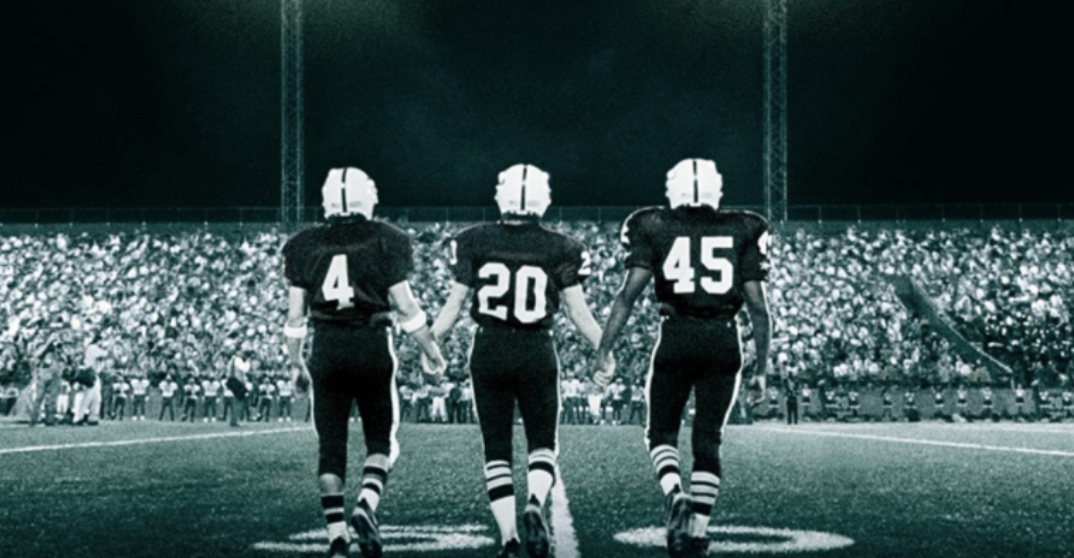 Good sports movies are tough to come by. Because really, why watch a movie about hockey when you can just watch hockey?

But when done right, sports movies can hit hard. They offer the highs and lows of competition, can be full of heart, learned lessons, sweet triumphs, goosebumps, montages, classic quotes, timely jersey changes, and heck, you might even shed a tear or two.

We’re casting a big net here and are including sports documentaries, comedies, dramas, and series.

Considering April is already a strong month for sports (hockey, basketball, and baseball), why not add some sports movies to your Netflix Canada slate?

This documentary focuses on the gymnasts who survived USA Gymnastics doctor Larry Nassar’s abuse and the reporters who exposed USAG’s toxic culture.

When an NBA lockout sidelines his big rookie client, an agent hatches a bold plan to save their careers – and disrupt the league’s power structure.

In his Oscar-winning film, an American cyclist plunges into a vast doping scandal involving a Russian scientist — Putin’s most-wanted whistleblower.

A failed hockey player turned unconventional golf whiz is determined to win a PGA tournament to save his grandmother’s house with the prize money.

Based on a true story, Soul Surfer follows Hawaiian teen Bethany Hamilton as she bravely returns to competitive surfing after losing her left arm in a vicious shark attack.

The colourful true story of the Portland Mavericks, a scrappy, independent baseball team of underdogs started by actor Bing Russell in the 1970s.

Two climbers set their sights high — really high, 3,000 vertical feet. As the audience, make the near-impossible ascent with them, in this riveting and beautiful documentary about mountain climbing.

At San Quentin State Prison, hardened convicts take their shots at redemption while navigating personal struggles by bonding through basketball.

If you want to get a bit silly with sports, The Lonely Island honours notorious baseball stars Jose Canseco and Mark McGwire in this visual rap album set in the Bash Brother’s 1980s heyday.

With never seen before home video, this film recounts the paranoid downwards spiral of John E. du Pont and the murder of Olympic wrestler Dave Schultz.

Elite athletes with difficult pasts turn to junior college football for the last shot at turning their lives around and achieving their dreams.

In this sports drama based on a true story, an affluent couple takes in a homeless teenager and nurtures his growth into a football powerhouse.

Come on, Bugs Bunny, Michael Jordan, and an intense basketball game against aliens? What else do you need?

This in-depth docu-series chronicles the dramatic rise of Michael Jordan and the Chicago Bulls of the 1990s.

This drama is based on the true story of a forensic pathologist who made a controversial link between NFL players’ concussions and brain disorders.

Come on, it’s an absolute classic. Sylvester Stallone stars as Rocky Balboa, an unknown fighter who’s given a shot at fighting world champ Apollo Creed as a publicity stunt.

This documentary series follows the arrest of the inexplicable murder of Odin Lloyd, the brother-in-law of NFL player Aaron Hernandez.

This drama chronicles the efforts of Gary Gaines, the coach of a football team in small-town Texas, to propel his squad to the state championships.

Kevin Costner stars as an Iowa farmer who hears a mysterious voice telling him to turn his cornfield into a baseball diamond.