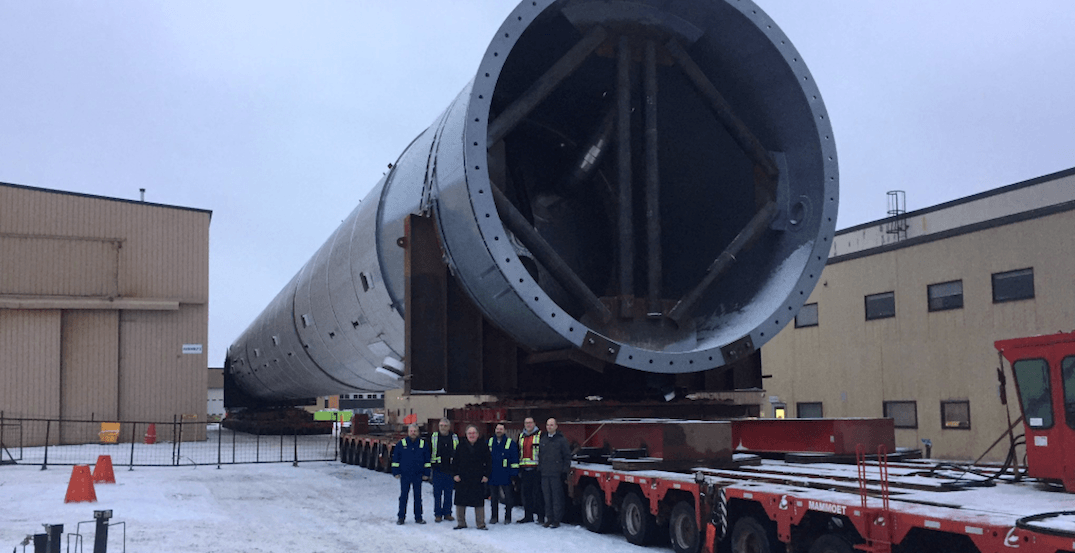 Look out Alberta, because a historic load is coming through.

Commuters in the Edmonton area should keep their eyes peeled over the next few days for a look at the heaviest load ever transported on Alberta’s highways.

The 820-tonne, 96-metre long payload started travelling from the Dacro Industries yard in the early hours of Sunday, January 6, and will be hitting the road in increments until its expected arrival on January 9.

The load is a piece of petrochemical development equipment called a splitter that will be 179 metres long at its largest configuration when atop vehicles and will take up the entire width of a two-lane highway (that’s including the shoulder!).

Big things are happening in Alberta.
I do mean BIG.
This splitter – used in petrochemical development – weighs about the same as 117 elephants.
The 2nd largest crane in the world was brought in to load it.
For now, it’ll slow down traffic but soon it’ll help speed up the economy. https://t.co/4kj4igX4Sn

The convoy will understandably traveling below the speed limit, and will be pulling over periodically to allow drivers stuck behind the moving roadblock to pass.

If you’re hoping to avoid the potential traffic, take a look at the planned route and itinerary of the humongous hunk of metal: 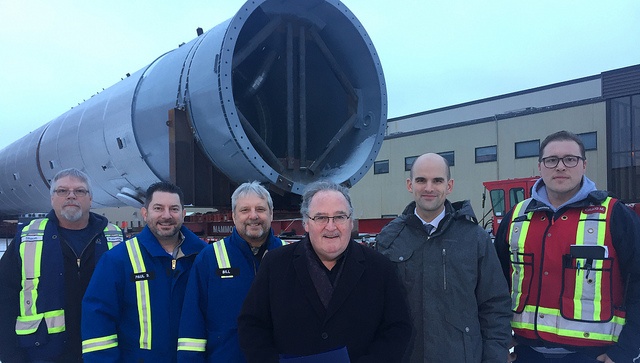