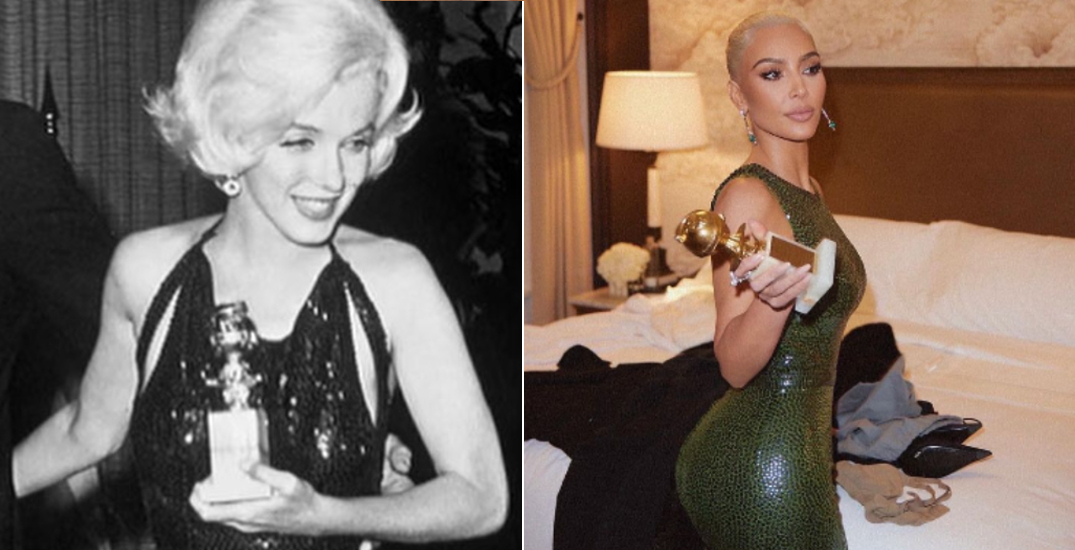 This past week, Kim Kardashian made headlines with her Met Gala look — she wore the dress Marilyn Monroe donned in her iconic “Happy birthday, Mr. President” moment.

The fashion choice triggered online debate about “ruining” a piece of history. Later, a behind-the-scenes video showed Kim trying on the dress, which was borrowed from Ripley’s, for the first time. Her team had to fight for their lives to get her butt to fit in the outfit.

So, instead of altering the gown, Kim went on a strict diet, losing several pounds to get it to fit like a glove.

Now the reality TV star has revealed that she wore yet another dress belonging to the blonde bombshell after the Met Gala. And the story behind how she managed to get it is quite interesting.

“To top off my night after The Met, I had the honor of changing into Marilyn Monroe’s Norman Norell dress that she wore to the Golden Globes in 1962 — where she received the Henrietta Award For World Film Favorite,” Kim shared in an Instagram post on Friday afternoon.

“In my quest to find the Jean Louis hand beaded dress that I wore to the gala, I discovered @heritageauctions owned Marilyn’s iconic green sequinned gown.”

She added that the person who owned the Golden Globe given to Marilyn was her own friend Jeff Leatham.

“I saw this all as a sign the way that all of the stars aligned,” a grateful Kim said. “It will forever be one of the greatest privileges of my life to be able to channel my inner Marilyn in this way, on such a special night.”

Many in the comments pointed out how Kim wore the dress how it was originally designed to be worn, unlike Marilyn, who put her own unique twist on it. 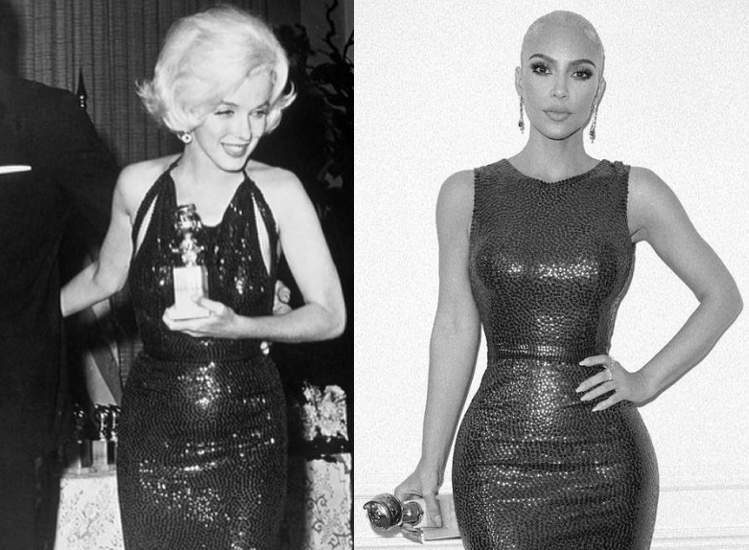 If you look closely at all the photos in Kim’s post, you can see that, possibly in an effort to make the dress entirely backless, Marilyn Monroe ditched the armholes, making them look like straps meant to be on the front of the dress.