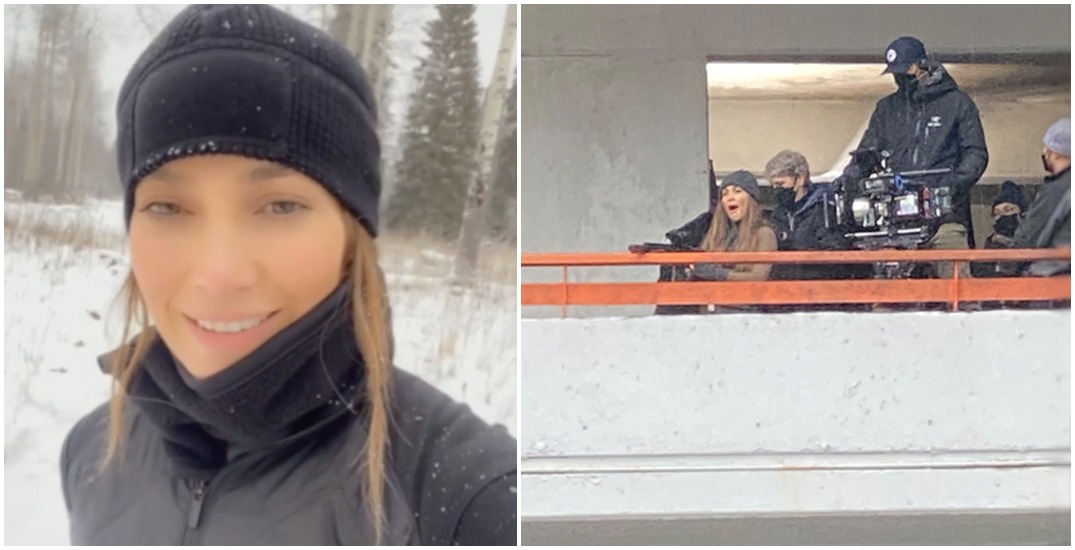 Jennifer Lopez has posted another social media update from British Columbia, but she’s not in Vancouver anymore.

The 52-year-old revealed she was filming her latest Netflix project The Mother in the town of Smithers, which is about 13 hours north of Vancouver by car.  The town has a population of around 5,000 people.

In a selfie-filmed video, J.Lo was bundled up in a toque and black jacket as she walked around in a snowy tree-filled area.

“Hey everybody — it’s my last day here, shooting The Mother out in Smithers in the snow,” she began in the post, shared on Wednesday, Nov. 24.

“It’s been beautiful,” she added, revealing she was headed back “home” to Los Angeles for American Thanksgiving, which falls on Thursday, Nov. 25.

“But tonight I’m headed back home. I’m so excited for Thanksgiving!” she added, along with an uplifting message for her 183 million followers.

“I hope everybody has an amazing weekend with their families and loved ones. There’s so much to be grateful for this year. I’m on my way!” she also said.

Her latest song “On My Way (Marry Me)” played in the background, which serves as the soundtrack to her upcoming romantic comedy with Owen Wilson.  The movie, Marry Me, is set for release on Feb. 11, 2022.

“I’m #OnMyWay home after wrapping here in Smithers, Canada for #TheMother to see my familia and cocos for Thanksgiving. I love you all,” Jennifer wrote in her caption.

Later that evening, Jennifer was photographed with her twins Max and Emma, 13, at a Los Angeles airport, just in time to spend Thanksgiving with Ben Affleck. The trio were bundled up in winter gear due to the cooler B.C. temperatures, per the photos published by the Daily Mail.

She’s been previously spotted filming action scenes in the Victory Square area of Gastown with a stunt double.

Per the Union of British Columbia Performers, The Mother is set to wrap production on Jan. 28, 2022.