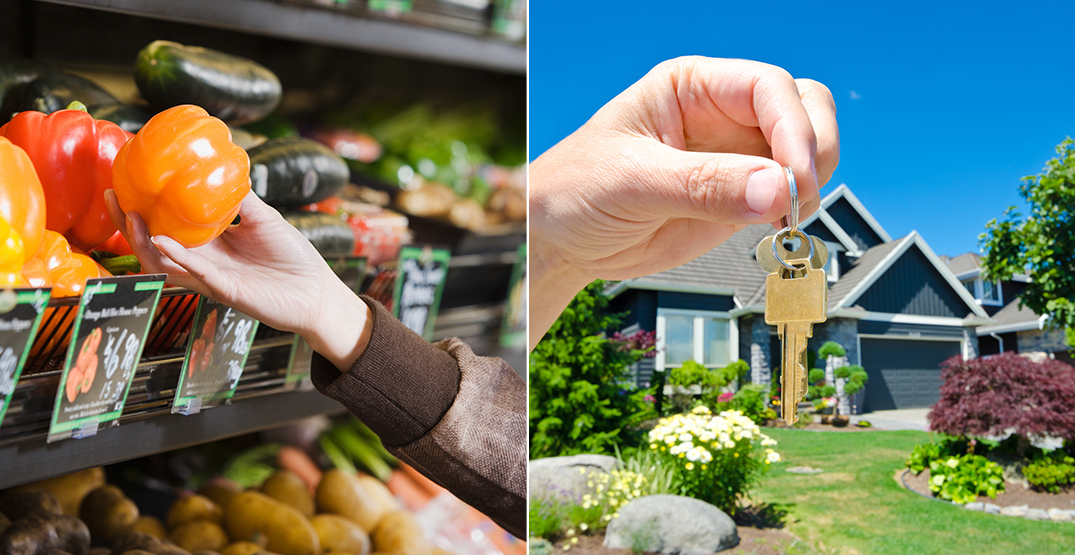 Canada’s inflation rate crept up to 6.8% in April, a slight increase from last month’s hike.

The country’s cost of living continues to rise, with inflation at its highest since January 1991, when GST was introduced.

In a report on Wednesday, Statistics Canada says the rate hike was “largely driven by food and shelter prices.”

The Consumer Price Index (#CPI) rose 6.8% on a year-over-year basis in April, up from a 6.7% gain in March. On a seasonally adjusted monthly basis, the CPI increased 0.7% in April. https://t.co/qRWiJP4Owc pic.twitter.com/ewYZ1w7YIL

Canadians paid 9.7% more in April for groceries compared to last year, the largest increase since September 1981. StatsCan says shoppers have been paying more for nearly everything at the grocery store. Everything from fresh fruit (10%), fresh vegetables (8.2%) and meat (1o.1%) were all more expensive in April compared to last year.

“With both countries being major wheat exporters, Russia’s invasion of Ukraine in late February put upward price pressure on food products that use wheat,” reads the report. “Poor weather in growing regions has also impacted prices for food.”

The price of homes was another major contributor to the consistent increase in Canadians’ cost of living.

StatsCan reported that in April, home costs rose to 7.4% since last year, the fastest pace since June 1983. This is due to higher prices for energy sources used to heat homes. For example, homeowners are paying 22.2% more to heat their homes with natural gas.

Surprisingly, this inflation rate was not fuelled by a spike in gas prices. While gas prices are hitting record highs across Canada in May, StatsCan says that in April, the cost of gas fell slightly by 0.7% compared to the previous month.

Still, drivers have been paying 36.3% more for gas since last year.