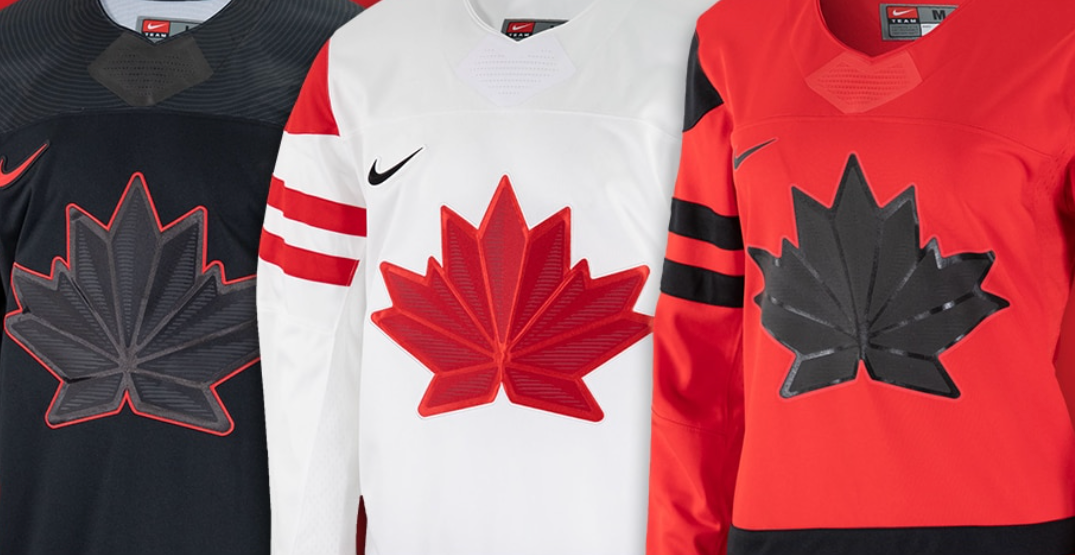 Canada introduced their Olympic hockey jerseys yesterday, and you better believe there was a wide range of opinions about them.

At the intermission of the USA-Canada Rivalry Series women’s game at Ottawa’s TD Place Arena, Hockey Canada debuted the Nike collection of three jerseys in red, white, and black.

The women’s hockey tournament at the 2022 Beijing Games is set to get underway on February 3, while the men will be starting six days later on February 9.

Canada is looking for its first gold medal since 2014 on both the men’s and women’s sides.

In 2018 in Pyeongchang, South Korea, the women fell in an epic shootout to the Americans in the gold medal game, while the men won the bronze medal in a tournament that didn’t feature any NHL players for the first time since 1994.

But barring the NHL pulling out, big names such as Connor McDavid and Sidney Crosby are expected to be donning the new uniforms in Beijing come February.

Some loved it, while others felt it was ripe for an easy punchline.

The most notable element of the jerseys is the lack of a white maple leaf on the red jersey, with Hockey Canada and Nike opting for a red and black look.

Nike has outfitted Hockey Canada for every Olympics since 2002.

Here’s some of the more critical Twitter reaction about Canada’s Olympic jerseys:

The red jersey should have white on it.

Get rid of the black! Canada is white and red. Tons of teams are able to pull off that dual-coloured scheme with no problem (see the Detroit Red Wings or Sault Ste. Marie Greyhounds). This is already an improvement (but would have to change the pants and gloves too) pic.twitter.com/aTBLRRVGZA

But some people really liked the jersey.

I think these are my favourite team canada jerseys yet https://t.co/l1HBjPYqpk

I feel like I'm the only one that LOVES these jerseys… 😅 https://t.co/lQcSBYwo09