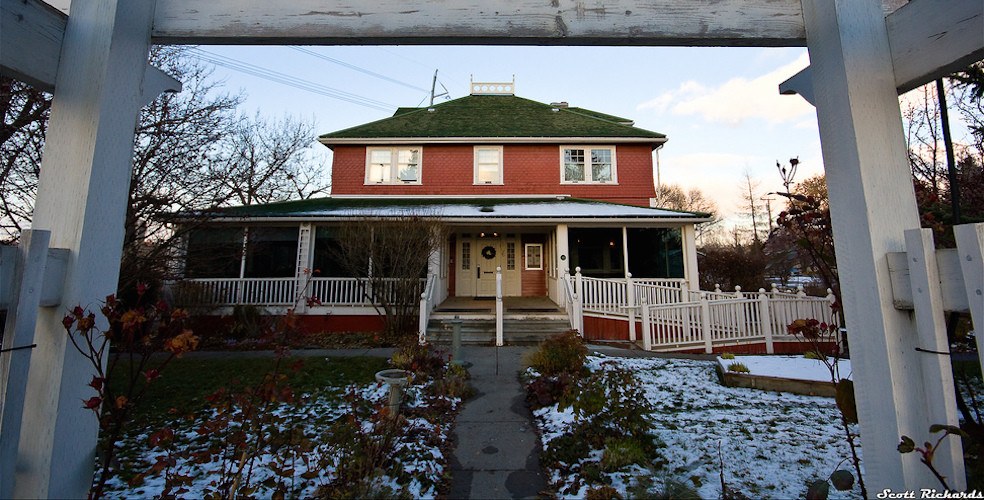 The Deane House is a building that’s full of mystery and history, and is quickly growing its reputation as the most haunted house in Canada.

Having originally been built in 1906, Deane House has had plenty of time to be deemed haunted. It was owned by Captain Richard Deane, who had a wife who unfortunately died during the property’s construction, and was originally built near the corner of 9 Avenue and 6 Street SE before it was moved to its current location as a part of Fort Calgary.

It is believed that the house did not start off “haunted” but rather that sometime in the 1970s and 1980s the evidence started to appear. Over the years the house has been known to incite terror into its visors as there are a growing number of reports of paranormal occurrences, such as full-on apparitions.

Literature about the house states that there have been many unusual deaths, such as suicides, stabbings, murder, etc — The The Calgary Association of Paranormal Investigations (CAPI) believes this to be false.

However, there are three well documented deaths that did indeed happen — the stabbing of Mrs. Umperville and the suicide death of her husband, and on a separate occasion a man who “died of natural causes”. CAPI believes the traumatic deaths of Mr. and Mrs. Umperville served as the catalyst that started the house’s paranormal activity.

Several ghosts have been reportedly seen by visitors, such as an Indigenous man who shouted at a woman, a man smoking in an area of the house re-made to look like Mr. Deane’s study, and a man with the lower portion of his limbs missing.

Other creepy occurrences include guests who have reported the smell of smoke even though the building is a non-smoking environment, as well as an antique phone will allegedly ring every so often even though it is not plugged into the wall.

The creepiest part of the house however is located in the upstairs attic. People have reported a bloodstain in the attic’s closet that cannot be washed away, it always comes back and is even rumored to change in size.

CAPI could not prove this phenomenon as the house’s staff wouldn’t let them wash the stain but they reported that every visit when they tried to take a picture of the stain their cameras would mysteriously have recording problems.

It is also impossible to lock the door to this closet, staff have tried repeatedly but the lock always ends up on the floor or hanging in a locked position on the latch.