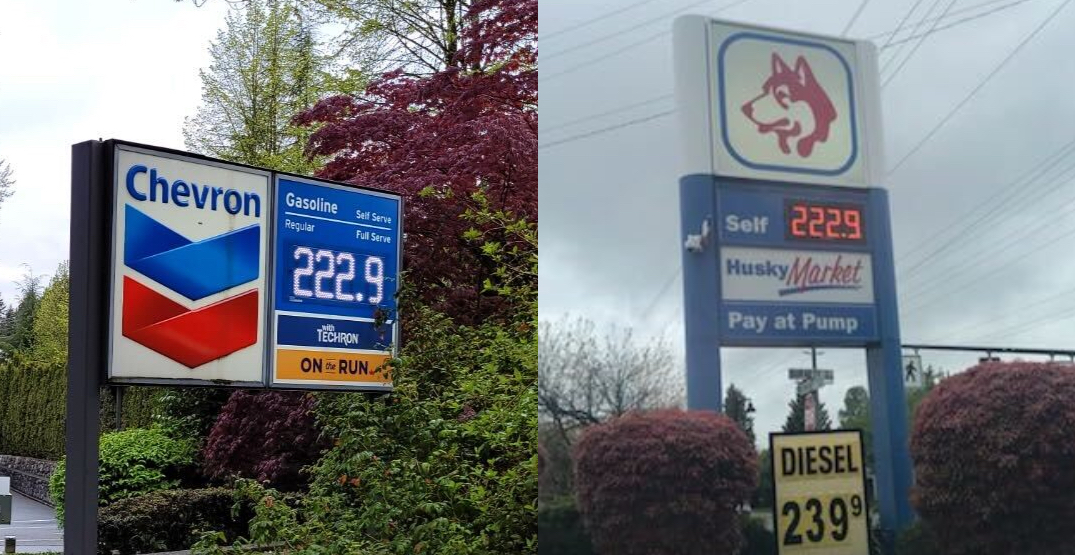 Gas prices are rising nationwide and Canadians are struggling to make ends meet and accommodate all the budgetary changes they must make in order to drive.

According to the Canadian Automobile Association, this number was as low as $1.276 around this time last year (May 23, 2021).

Daily Hive Urbanized set up a survey to see how Canadians with cars are dealing with this sudden spike in their expenses. The picture is one of hopelessness and despair.

Many have had to take drastic measures to brave the storm, especially with Canada’s inflation rate breaking records every month.

Here’s what Daily Hive Urbanized readers — ordinary Canadians across provinces — had to say about the gas prices crisis.

According to CAA, the province has not seen gas prices this high since June last year.

“It’s extremely stressful,” Amy, a 26-year-old Albertan, told us. “We do not have efficient or safe transit in my city, and with inflation, the cost of living is outrageous.”

The national rate of inflation boomed to 6.8% this month, breaking a 31-year record and pushing Canadians to adjust their grocery spending. It’s a double whammy when combined with rising gas prices.

“Even with a decent income, I’m now living paycheque to paycheque because prices for everything are out of control,” Amy said, adding has limited buying local goods, which are pricier and now completely unaffordable for her.

“I limit my driving and basically can’t enjoy anything that’s not a necessity. Canadians and especially Albertans shouldn’t be robbed at the pump,” she complained. “Canada is becoming a terrible country to live in and the middle class is breaking. It’s ruining people’s mental health.”

Another Albertan, Krystina from Calgary, is on maternity leave. The 31-year-old doesn’t see herself being able to sustain any more price hikes.

“We dropped to one car,” she told Daily Hive Urbanized, adding that “getting rid of a car” was her way to reorganize and afford household expenses.

With employers shifting policies about working from home to being at the workplace, Ontarians who drive to work are dreading more than just the hassle of waking up super early and being able to work in their pajamas.

Those who never bought a car or made driving their primary way of getting around are grateful they stuck to public transportation.

“In no way have gas prices affected me,” 26-year-old Toronto resident Fred told Daily Hive Urbanized. “Deciding to be reliant on non-car transportation was a good decision.”

Fred walks, uses public transit, or bikes to do everything, from going to work to getting around for everyday errands.

But it was even higher earlier this month, and parts like Lower Mainland are seeing an anxiety-inducing $2.339 on their gas pump price boards.

Despite mass pleading to do so, the provincial government has refused to make public transit free.

Such paycheque-devouring gas prices as such are making people like Lisha, a BC-based mother of two, struggle to meet expenses for necessary things like food and baby supplies.

“I’ve had to switch the cheap brands for everything and my daughter is very sensitive with her stomach so her formula I cannot switch.”

The 29-year-old is even contemplating moving out of the province to make ends meet. “I have family in Ontario and Alberta, and they’re both looking like a better place to be able to drive and buy a house.”

In Surrey, gas prices rising to highs of $2.324 per litre have left residents hopeless.

“I stopped going out,” Sarah from Surrey told us. “I drive to and from work and get groceries on the way. That is about it.”

Sarah added that switching to public transit is not one of her options, as the bus to her work does not run early enough for her to get there on time. She’s spending outside of the budget that was working just fine for her until gas went up. “Now I’m using the savings for a down payment on a house to pay for gas,” she said.

Langley resident Crystie, 35, also raised an important point about a choice many vehicle owners have had to make — drive with exorbitant gas prices, or spend hours on public transit to get to work.

She said she feels “stressed, irritated, sick, depressed, hopeless, and trapped” but has chosen to drive. “Why would I take transit for 2-3 hours when it will only take 30 mins to drive?” she reasoned.

Kevin, a 59-year-old resident of Surrey, BC, told us he drives everywhere. He has to.

“Being handicapped, I only have my car to get around,” he said.

Fifty-year-old Bev says the price now is “absolutely NOT” sustainable.

“If it goes any higher, I will have to quit my job because it won’t be worth going to work,” Bev complained. “It’s bad enough we can hardly afford to eat and now we can’t afford to go to work!!”

The Nova Scotian has resorted to “giving up internet, buying less food, and not driving anywhere.”