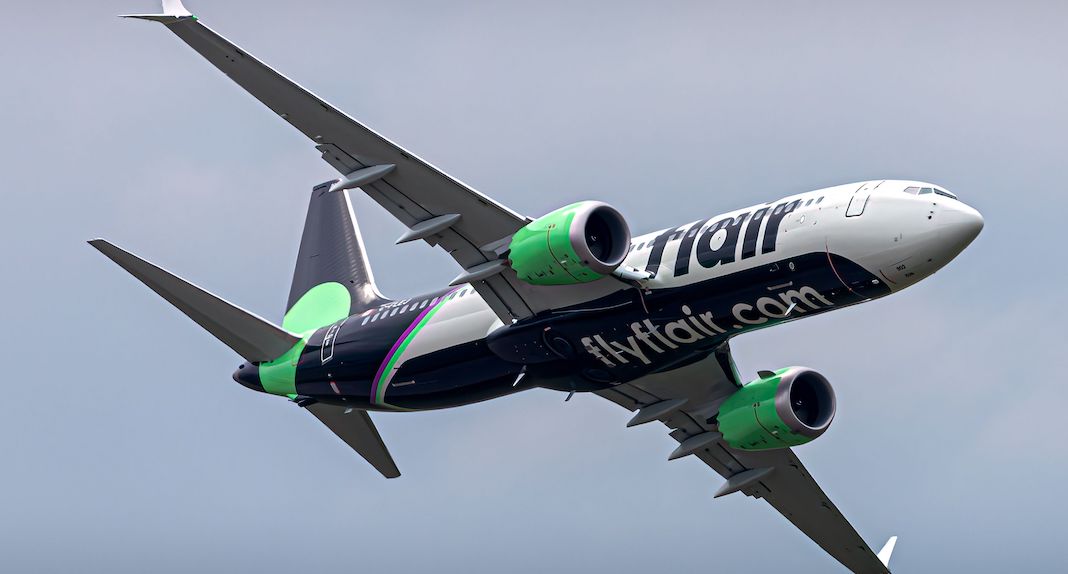 Canada’s air transport regulator has decided that Flair Airlines is Canadian enough to keep its licences and continue flying.

The Canadian Transportation Agency issued its decision today, ruling that the newcomer budget airline is Canadian despite its ties to Miami-based investment firm 777 Partners.

#NEWS The @CTA_gc issued today its final determination and found that @FlairAirlines is Canadian. For more details and to consult the determination > https://t.co/VUyXffsm0e pic.twitter.com/7xNxPhAfxL

The airline’s fate hung in the balance of this decision as the CTA examined whether the airline violated foreign ownership rules.

Back in March, the CTA flagged several concerns that suggested the US company may have control of Flair, including 777’s control of Flair’s Board of Directors, 777’s rights exceeding those granted to other shareholders, 777’s active role in Flair’s business management, and the airline’s dependence on 777 for financing and leasing planes.

The CTA gave Flair a deadline of May 3 to prove that it is, in fact, Canadian.

After spending a month reading Flair’s submission, the CTA found the airline addressed its concerns.

Flair has changed its board of directors provisions and now has composition and quorum requirements. In addition, Canadian shareholders now have the right to appoint no less than half the board, and half of the board members must be Canadian.

Finally, Flair has also amended an agreement with 777 to ensure debt funding will be available until 2026, which the CTA says mitigates 777’s ability to influence Flair.

In a statement posted to Twitter on April 21, Flair seemed confident it would make it through the CTA’s review.

“There is zero chance that Flair is losing its license,” CEO Stephen Jones said. “Flair is here to finally make air travel affordable for all Canadians.”