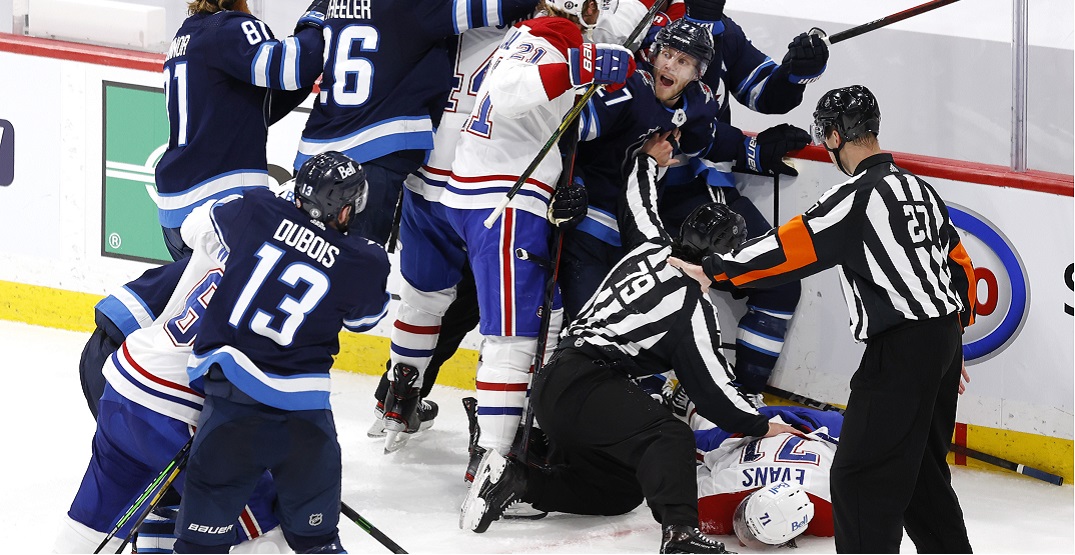 If the NHL put out a sportsmanship award in the playoffs, Winnipeg Jets forward Nikolaj Ehlers would be the unanimous winner.

After Montreal Canadiens forward Jake Evans was levelled by the Jets’ Mark Scheifele in Wednesday night’s Game 1, Ehlers wasn’t looking to get involved in the big scrum just inches away from Evans.

Instead, Ehlers used his frame to protect the injured Evans from the chaos ensuing next to him, as Evans appeared to be unconscious on the ice.

“I came back and saw he wasn’t looking good,” Ehlers said. “I was just trying to keep everyone away from him.”

Hockey fans from around the league were quick to show respect for Ehlers’ actions that showed respect for a fellow player without worrying about what jersey he was wearing:

No arguing that was a dirty hit by Scheifele, but just wanted to give credit to Ehlers for being the only one seemingly aware of the situation and trying to prevent anyone from falling on Evans in the ensuing scrum and trying to make everyone aware of how serious it was. pic.twitter.com/P7WnF7bHrb

i have so much respect for nik ehlers right now. that’s good sportsmanship right there. pic.twitter.com/BC4HwaQGGQ

so glad people are recognising ehlers sportsmanship. its time we stopped giving such a stage to dirty players and showed (kids especially) where competition ends and humanity begins

But I really appreciate that Ehlers came in and did everything he could to protect Jake 👍 #GoHabsGo pic.twitter.com/v7rpHAexz3

News on Scheifele’s likely suspension will be announced later today after a hearing with the Department of NHL Player Safety.