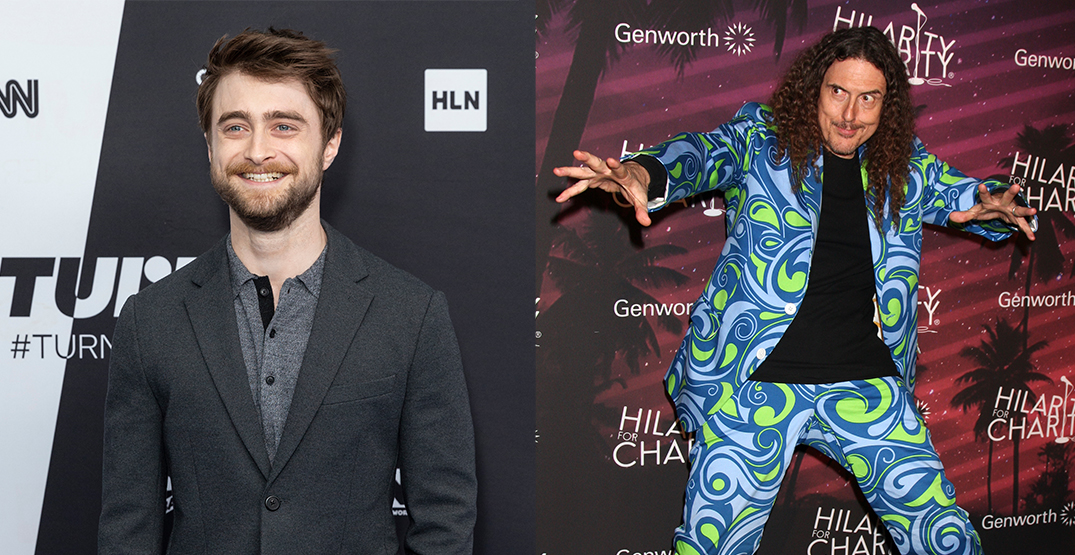 Things are about to get delightfully weird.

Daniel Radcliffe will star in Weird: The Al Yankovic Story, playing “Weird Al” himself. The biopic is a Roku Original movie produced by Funny Or Die and Tango.

“When my last movie UHF came out in 1989, I made a solemn vow to my fans that I would release a major motion picture every 33 years, like clockwork. I’m very happy to say we’re on schedule,” said “Weird Al” Yankovic in a news release on Tuesday.

“And I am absolutely thrilled that Daniel Radcliffe will be portraying me in the film. I have no doubt whatsoever that this is the role future generations will remember him for.”

The biopic will follow the five-time Grammy winner’s meteoric rise to fame courtesy of his early hits like “Eat It” and “Like a Surgeon.” The announcement also says it’ll explore “his torrid celebrity love affairs and famously depraved lifestyle.”

The film will be written by Yankovic and Eric Appel. Appel, who has written for hit shows like Brooklyn Nine-Nine and Silicon Valley, will also direct the film.

“When Weird Al first sat me down against my will and told me his life story, I didn’t believe any of it, but I knew that we had to make a movie about it,” said writer and director Eric Appel.

The film will be available exclusively on The Roku Channel.