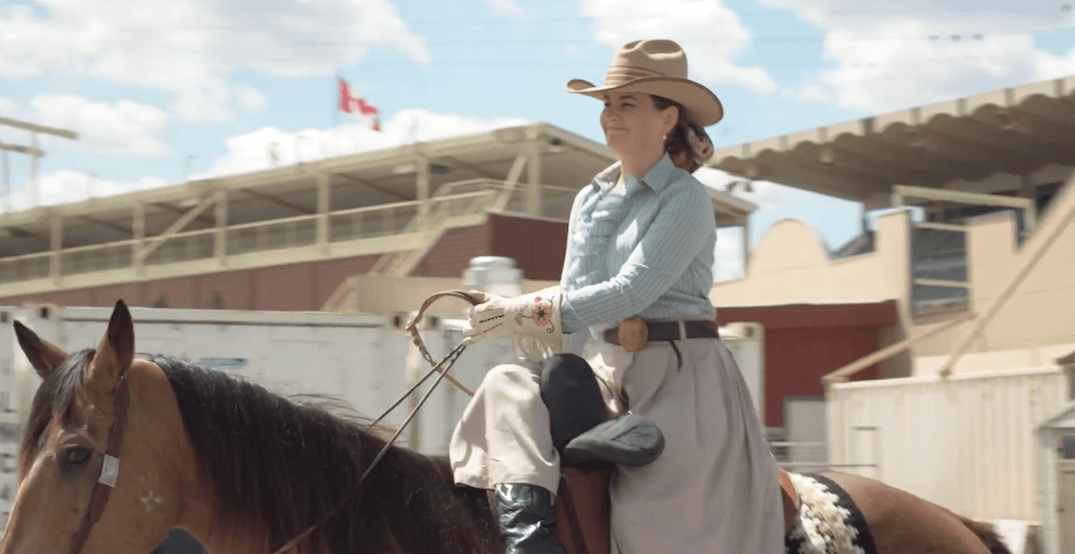 Anyone who has ever had the opportunity would know that riding a horse is hard.

… Now imagine doing that with both legs dangling over the same side of the saddle — and going as fast as you (and your horse) possibly can.

For the first year ever, the Stampede will feature sidesaddle racing, a showcase event that honours a traditional style of riding that dates back centuries.

“When we race, we are honouring the grit and gumption of those women as well as the glamour they brought with them to the west.”

The racers will also be outfitted in historically accurate wardrobe and using sidesaddles that, for some, date back generations.

“Not only are they extremely skilled riders, but you will see they are also fiercely competitive.”

The Sidesaddle Racing event will take place on Saturday, July 7 and Sunday, July 8 immediately after the chuckwagon races.

Time: Immediately after the chuckwagon races, which start at 7:45 pm

Tickets: Available online as part of the Grandstand Show, starting at $49