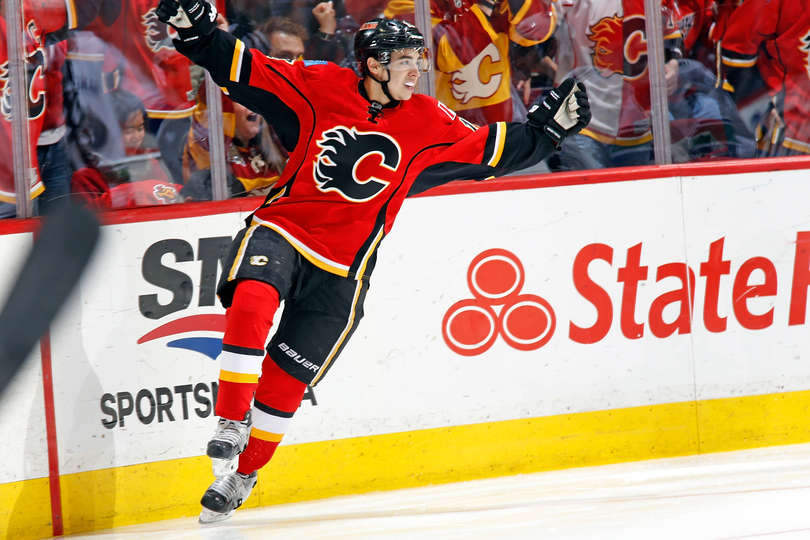 The Battle of Alberta used to be a thing of beauty. Go back to the 1980s and you’ll see some of the most epic playoff series the NHL has ever seen. Go back just ten years and there was entertaining hockey to be had. Ryan Smyth and Mike Comrie facing off against Jarome Iginla and Craig Conroy on a Saturday night was something to stay up for.

But now? The river has run dry.

Recent years have been filled with bore-fests and games that don’t matter much in the realm of the NHL standings.

Today, though, some optimism remains. Edmonton’s strong body of talented young forwards are waiting to take the next step and compete at the NHL level while the Flames proved they had what it took a year ago. Both these teams could be challenging for a Stanley Cup in the not too distant future.

Growing up watching the Battle of Alberta in my living room religiously, I think there are a few reasons why the Flames will be the first of the two to hoist the Stanley Cup.

1. The Flames have owned the Oilers

Every season it seems as though the Flames come close to sweeping the season series, which is saying something about how bad the Oilers have been since the Flames have been awful (besides their euphoric run a year ago).

What do the numbers really say? Since 2010, the Flames are 28-9 against their Albertan counterpart. The Oilers have won just four home games against Calgary in the past six years.

Good thing the Oilers are finding a new home rink next season, as Rexall Place is home to a lot of bad Oilers memories in recent history.

2. Not even a good coach could help the Oilers

We’ll see in a year from now if I’m wrong about this one, but after seven straight winning seasons with the San Jose Sharks Todd McClellan suffered his first losing season in the NHL as a member of the Oilers brass.

While the Flames have also gone on their own run of tumultuous coaching adjustments, they haven’t had a bench boss with the league cred of McClellan. And it didn’t matter.

3. The Flames have depth

While the Flames lineup didn’t change much from 2014-15 to this past season, they weren’t helped in the goaltending department. It looks like some NHL-caliber goalies are going to be on the market this summer and it’ll be interesting to see who the Flames select and what they have to give up to secure a number one goalie. I won’t hold my breath; everyone was excited when they signed Jonas Hiller, too.

As far as the lineup goes the Flames don’t need that much help. The team can win with many of their current core group of forwards and defencemen. TJ Brodie, Mark Giordano, and Dougie Hamilton are great building blocks on the back-end, while Sean Monahan and Johnny Gaudreau lead a solid crew of young forwards. As far as the Flames’ neighbours to the north, a few all-star players aren’t enough to turn things around. Many thought having McDavid, Hall, Eberle, Nugent-Hopkins, and Draisaitl – all of whom any NHL club would love to add to their team – would be enough to steer the team in the right direction.

It’s tough to take a team the distance when most of your defencemen would be hard pressed to crack a most teams’ #6 spot.

I’m going to point directly at the Nail Yakupov year here. While eight defencemen were taken in the top-10 in 2012, the Oilers went ahead and took another young forward that many analysts believed was overrated with the first overall pick.

Of all the times it would have been beneficial for the Oilers to trade down, that was the year. Edmonton has a solid crew of top forwards – aside from a few head scratchers. As a friend once said to me “there’s only so much Matt Hendricks you can watch”.

Remember when the Flames drafted goaltender Leland Irving in the first round in 2006? If we forget about some of the horrendous drafting done by Flames management in their past then the team has had a half decent job as of late.

But the real difference in drafting with Edmonton and Calgary has been beyond the first round.

If you watch a regular season game and a playoff game back-to-back, the difference is night and day. Playoff hockey is like an evolved form of the sport where everyone is looking to hit somebody or to do whatever it takes to win a game. None of the Oilers top players have experienced this, and I think even if the team pulls through and has a good season next year, it might be a quick playoff outing due to lack of experience.

The Flames got a taste of what playoff puck was like in 2014-15. The next time around, Calgary will have a leg up on their Albertan counterparts as even young Sam Bennett experienced the rawest form of the sport.

They’re also more likely to make the playoffs next season as well.

Hopefully Albertans have served their time watching bad hockey. McDavid is one of the most electrifying players in the NHL and if the Oilers build a solid base around him they may be a force to be reckoned with. But the Flames have more building blocks in place, more blocks that are ready for prime time.

That’s why they’ll win the cup before the Oilers.