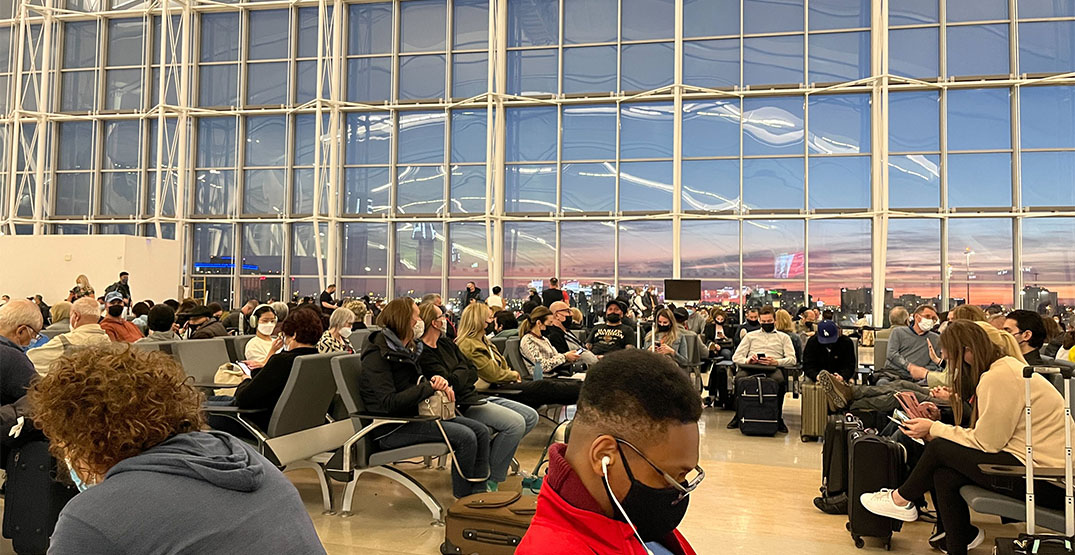 Some air travellers have gotten a rude awakening this week about what airport lineups look like as travel picks up post-pandemic.

The Canadian Air Transport Security Authority is dealing with a staff shortage as its contractors struggle to bring employees back to work who were laid off during the COVID-19 travel lull. As a result, many major airports can’t open all their security lines because they don’t have enough staff.

It’s causing longer-than-usual lineups at the airport and some travellers to miss their flights.

Daily Hive was at Pearson International Airport in Toronto Tuesday morning, where passengers who arrived three hours early for their flight were sent to a waiting area while staff prioritized earlier flights. 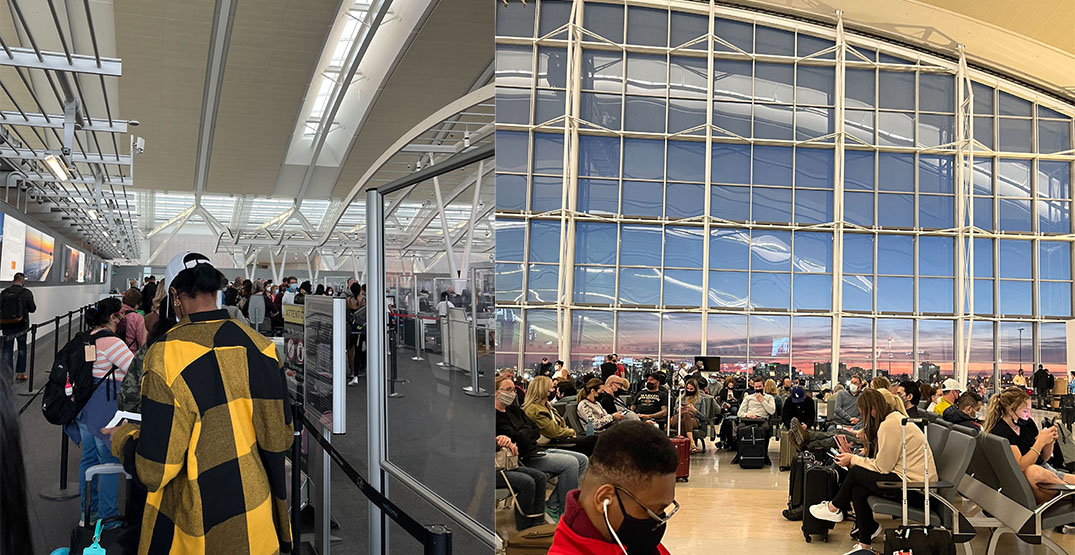 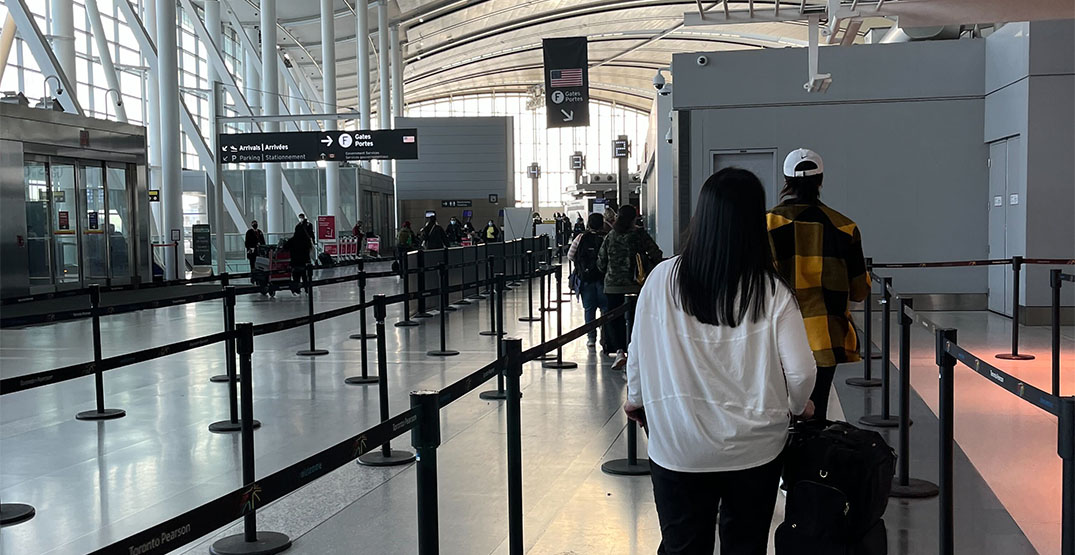 Over at Vancouver International Airport, about 300 people waited in a 45-minute-long line at 4 am on Sunday.

This is what the YVR security lineup looked like at 4 am on Sunday pic.twitter.com/akuckqbSe1

People have also been sharing their frustration on social media.

Hey @catsa_gc, what are you doing?

The line length for security screening at Pearson is measured in hours. pic.twitter.com/JBWEFvOdhI

Pearson Security is still a mess. Our federal agencies can’t do anything right. #yyz #Pearson pic.twitter.com/Yfm4MpjNeX

YVR can only open five of its 14 security lines right now due to a lack of staff, a security screening agent told YVR. He spoke on condition of anonymity to protect his employment.

The situation is similar at other airports across the country — another screening manager at the Ottawa International Airport told Daily Hive only two of their usual five domestic security lineups can open.

Airport workers, and the union representing them, say low pay and poor working conditions are what’s behind the staff shortage. Security screeners at YVR make $18 to $22 per hour, putting many below the Canadian Centre for Policy Alternative’s living wage in Metro Vancouver: $20.52 per hour, as of 2021.

Staff are so strapped right now they’re having to delay washroom breaks because there often isn’t someone qualified to replace them on the line.

“It’s very stressful. You work for a long period of time without breaks. You don’t get washroom breaks right away,” Shuchi Shah, a former security screening officer who quit her job last month, told Daily Hive.

On top of that, staff say they’re pressured to screen as many passengers as possible while maintaining accuracy — sometimes checked by CATSA auditors posing as travellers.

“When I come to my screening officers and say, ‘is there anything we can do to pick up the pace?’ They laugh at me and say do you want speed or accuracy? You can’t have both,” the Ottawa manager told Daily Hive.

Two third-party companies contracted by CATSA to provide airport security maintain the staff shortage is because of the pandemic. CATSA’s CEO apologized to customers for the long waits last week.

As for travellers, they’re being asked to show up three hours early at the airport, pack their liquids appropriately, and be respectful toward staff.