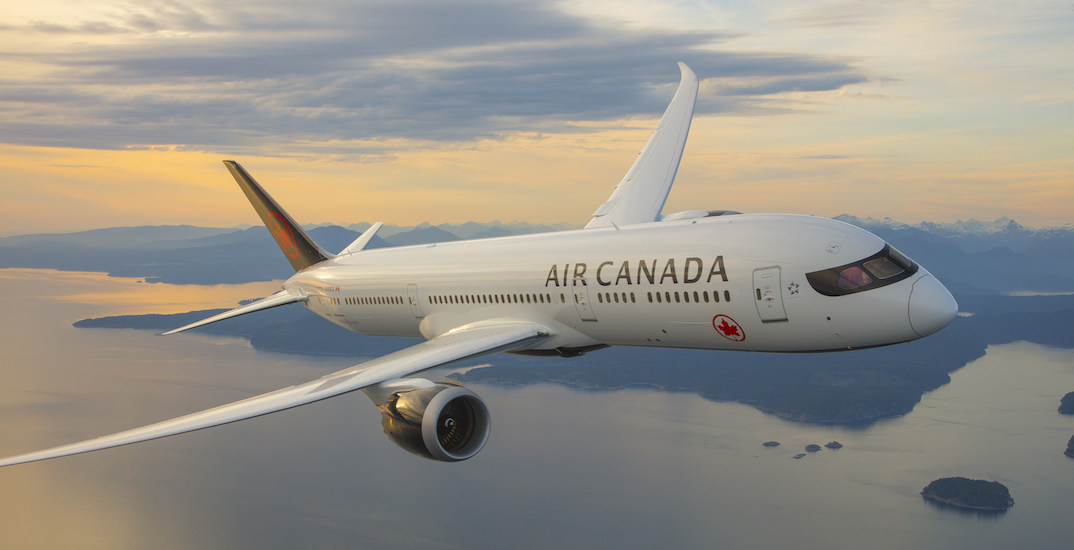 Canada’s largest airline has been ranked as one of the worst in the world when it comes to passenger satisfaction, according to a new report.

The report, put together by consumer insights company JD Power, was split into two categories, measuring passenger satisfaction with airline carriers flying from North America to Europe and Asia.

In the Asian category, Air Canada ranked as the ninth worst airline, out of 11 spots and the 10th worst in the European section.

The study is based on responses from 6,287 passengers, fielded from September to October 2019. It is based on passenger satisfaction in nine categories: in-flight services, cost and fees, aircraft, flight crew, check-in, boarding, immigration, baggage, and reservation.

Among carriers flying from North America to Europe, Turkish Airlines ranked the highest in passenger satisfaction with a score of 833. Virgin Atlantic ranks second with 829, and British Airways and Delta Air Lines rounded out the top three with a score of 815.

Air Canada’s score was 787, beating only Norwegian Airlines at 767. The European average is 809. 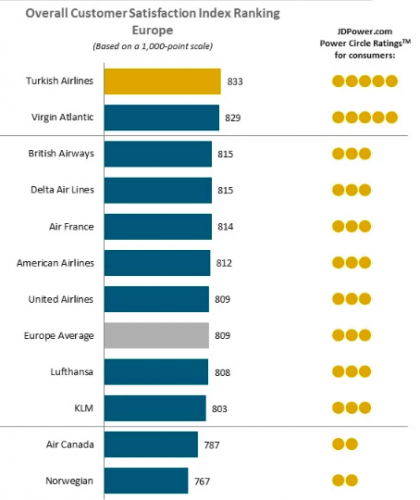 Among carriers flying from North America to Asia, Japan Airlines ranks highest with a score of 869 followed by Delta Air Lines (861) and Korean Air (854).

Air Canada finished third from the bottom with a score of 811, followed by China Eastern Airlines (810) and United Airlines (808.) The Asia average is 830. 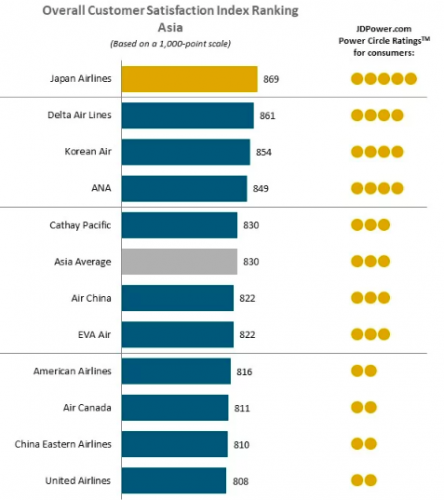 “For the world airline industry, air carriers are recognized globally by Skytrax. Air Canada has been ranked Best Airline in North America by Skytrax for three consecutive years and in eight of the last 10 years,” Air Canada told Daily Hive in a statement.

“In its evaluation, Skytrax undertakes an extensive annual survey of more than 21 million air travellers versus the 6,287 by JD Power. Air Canada is also the only Skytrax, Four-Star rated network carrier in North America, based on assessment of more than 1,000 aspects of airport and onboard products and services.”

Air Canada says it has received consistent recognition for its products and services in the form of a wide range of other awards, most recently being named Airline of the Year by Global Traveler.