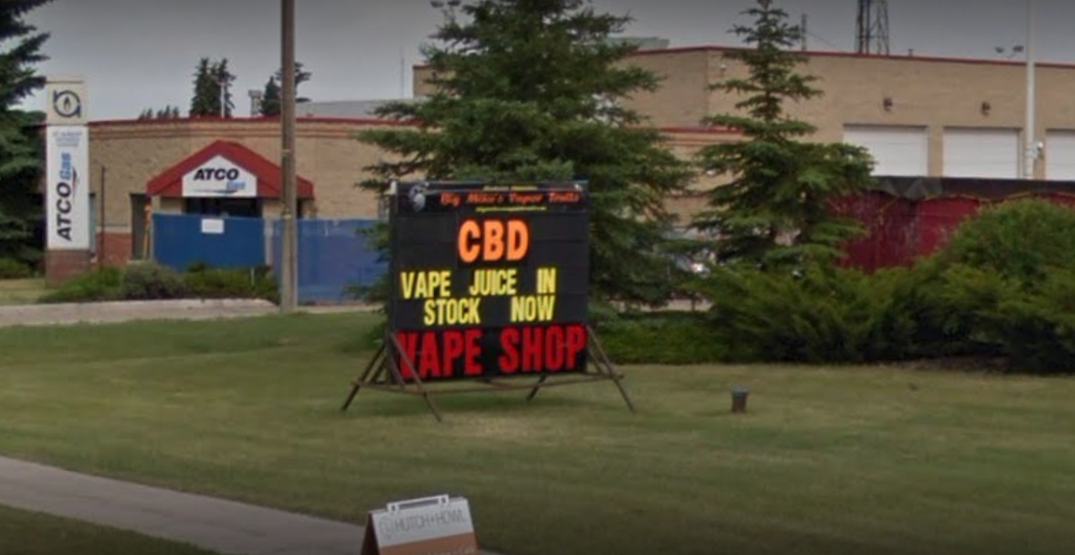 Three Albertans have been arrested and charged for the illegal trafficking of CBD — one of the many cannabinoids found in the cannabis plant.

In the months prior to October 17’s Canada-wide legalization of recreational cannabis, a vape shop called Big Mike’s Vapor Trails had been advertising CBD products for sale at its St. Albert location.

A release from St. Albert RCMP states that, at the time, CBD had been listed within Schedule II of the Controlled Drugs and Substances Act, meaning that it was illegal to possess without the proper authorization.

Even after the legalization of cannabis, it is still not legal to sell cannabis products — including CBD — without the proper authorization, of which Big Mike’s had none.

A warrant was acquired by police and a search of the shop was carried out on September 26, which saw the arrest of 29-year-old Tasha Smith, and the eventual arrest of 62-year-old Michael Sommerville and 48-year-old Unice Smith, who turned themselves into police a short while after the search.

“The RCMP in Alberta will continue to take a measured approach when dealing with illegal storefronts, with public safety being the priority,” said Inspector Pam Robinson, Officer in Charge of St. Albert RCMP, in the release.

“St. Albert Detachment will continue to set enforcement priorities in consultation with local governments, partners, and citizens in the community. Police will gather evidence and take enforcement actions accordingly.”

Police seized products containing THC and CBD, along with “a significant quantity of cash,” a loaded gun, and a sawed-off shotgun from the store.

All three people have been charged with two counts of possession of a controlled substance of the purpose of trafficking as well as possession of proceeds of crime over $5,000.

Sommerville is facing an additional three firearm-related charges, while Tasha and Unice Smith both face additional charges for trafficking a controlled substance and possession of proceeds of crime under $5,000.

Anyone with information on this crime or others like it are encouraged to leave a tip at the St. Albert RCMP Drug Tip Line phone number of 780-460-3784, or anonymously through Crime Stoppers by calling 1-800-222-8477 or online through their website.